The Russians are actively interested in wearable electronics, in particular “smart” clock. The greatest interest among users, according to the survey, causes the product to Apple. 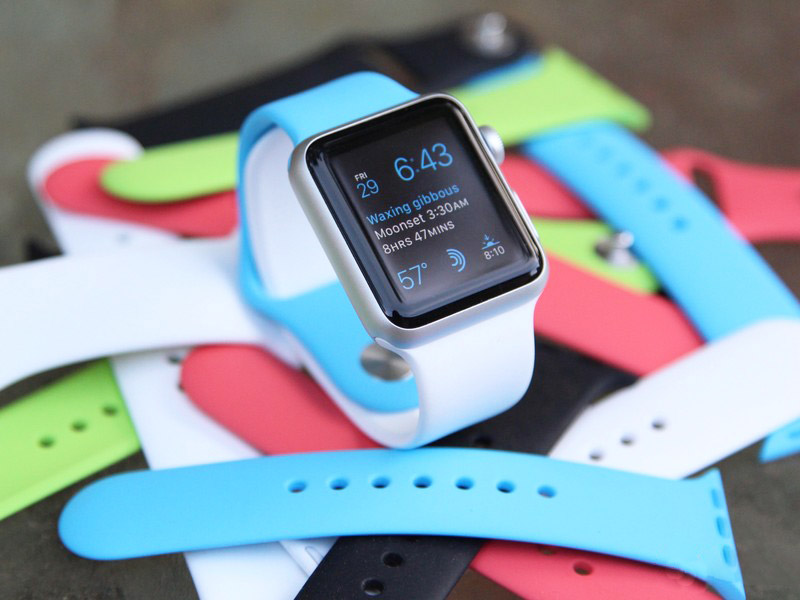 According to the study referenced in “Newspaper” about these gadgets know 63.3% of the respondents, of which 76.4 per cent are considering to buy these devices. Recently conducted among residents of Moscow, St. Petersburg and cities joint study Intech and Cupli Surveys showed that among respondents aged 25-45 years with average or high income, only 36.7 per cent of respondents do not know about these devices, “smart” watches. At the same time, and 54.6% of respondents consider the possibility of an emergency purchase “smart” hours, and another 21.8% of the respondents in the near future will definitely buy such a device.

42.6% of those wanting to buy a smart watch would like to see on your wrist, Apple Watch, while Samsung Gear would only 30.6 per cent. “Reference” clock on Android Wear, the round Moto 360, will buy for 19.8% of the respondents. But the share of the Pebble with the e-ink fell only 0.8% of the vote. Another 6.2 percent prefer other various devices.

However, only 31.4% of potential buyers are considering “smart” gadgets in addition to regular wrist watches, while others 68,6% of respondents see them as a complete replacement to the classic timepieces.

The study respondents also chose the key parameters on which they first of all will pay attention when buying a “smart” hours. For 79.3 percent of the respondents the most important thing in such devices is the build quality and materials. On the second and third places with figures of 65.7 and 65.3% were the battery life and product appearance.

READ  Pit-Stop where to call, if broken iPhone?

Ironically, the least important function of the respondents considered popular in the West, the possibility of the fitness tracking. She needed only 23.1% of potential buyers. To mobile payments and applications in hours respondents also reacted coolly, calling them necessary at 33.9 and 35.5% of cases. It is more important for them to notice (43,8%) and hours (48.8 per cent). The last parameter largely explains the popularity of the Apple Watch.

Exit the wearable computer, Apple will attract additional attention to the entire category of “smart” accessories and will spur the development of the segment, both globally and in Russia, experts say. Buyers that “Apple” the new product will be for some reason unavailable, will pay attention to similar functional devices from other manufacturers, including B-brands.

Apple filed another lawsuit against chip supplier Qualcomm at $145 million

Apple filed a lawsuit against the American chip maker Qualcomm in Beijing intellectual property rights court. On Thursday, reports news Agency Reuters. In the lawsuit Apple requires Qualcomm to pay damages of 1 billion yuan ($145,32 million) and accuses the company of abusing a dominant position in the chip market. Also cupertinos filed a second […]

Jay Z, the founder of streaming service Tidal has gone to war with competitors. Friday from the library Apple Music disappeared all the music albums rapper. What is the reason for this decision is unknown. Jay Z is not limited to streaming, and Apple seized music records also from Spotify, so now most of the […]