Flagship smartphone Samsung Galaxy S7, Galaxy S7 Plus, which will go on sale in 2016, will receive different chip platforms, including the Qualcomm Snapdragon and Samsung Exynos 820 8890. The results of both processors are already known, as is the rate of its main competitor from Apple. Today, the network appeared the first comparison. 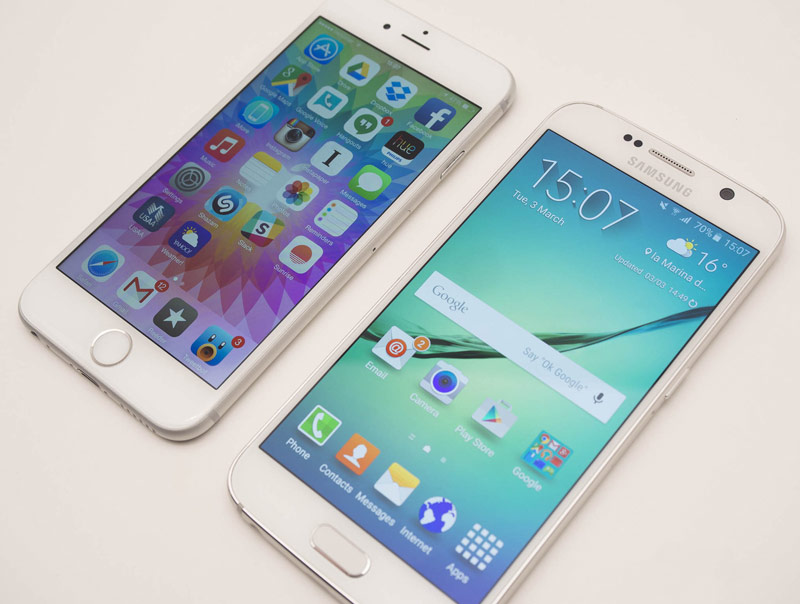 In the database package published Geekbench test results of Samsung Galaxy S7, which uses top-end processors Exynos and Snapdragon 820 8890. In the test mode a single core processor Apple is leading the A9X, but the second place is the Apple A9. Both chipset Galaxy S7 showed weaker results. In multi-core test to win Exynos 8890. The second place took the Apple A9X, the third — Snapdragon 820.

The results demonstrated by modern processors, is impressive. Such performance is enough to complete the most demanding tasks, including the most modern games and high quality graphics.

Note that the Samsung Galaxy S7 based on the Snapdragon 820 chip, for cooling of which implemented a system of heat pipes, will be sold in the United States and China. Europe, Korea and Japan get a version with Exynos 8890, and the platform of the previous generation Exynos 7422 will be designed for Indian vehicles.

According to recent reports, Samsung has decided not to change radically the design of its new flagship Galaxy S7. Korean manufacturer intends to adopt a strategy Apple and leave without changing his appearance for the second year in a row. “Seven” will retain the features of the external performance of the top model Galaxy S6. Differences in Korean novelties will be, but they will be minor: a rectangular Home button and the new position of the SIM card slot.

As expected, Samsung announces Galaxy S7 in anticipation of the exhibition MWC 2016, which will be held in late February. The South Korean giant was planning to introduce models in January, but revised the plans because of concerns that such an early presentation of the Galaxy S7 can badly affect the sales of the current flagship products.

In November of this year it became known that the flagship smartphone Samsung Galaxy S8, the presentation of which should take place in March, will get its own virtual assistant that runs on the technology of a startup Viv, bought the company in October last year. The last founded by the creators of the voice […]

iPhone 7 is not needed? What a Xiaomi smartphone to take instead of the iPhone

If you are not pleased with the rumors about the refusal of 3.5 mm audio Jack in the iPhone 7, the design of the upcoming flagship brings boredom, and the presentation of new products in September you expect nothing, then it’s time to try a smartphone of a different brand. Very often in such cases, […]

Along with iOS 10, Apple has issued the first beta version of the operating system tvOS 10. The room is available for download the developer build – 14T5253s. “This is a pre-release version of tvOS is only for the new Apple TV, – stated in the description of the Assembly. – Apple TV third generation […]