One of the main chips of the iPhone 6s and iPhone 6s Plus was the touch sensitivity of the Touch display 3D. Technology has aroused considerable excitement, and, as it turned out, it decided to equip their devices many manufacturers of Android-devices. 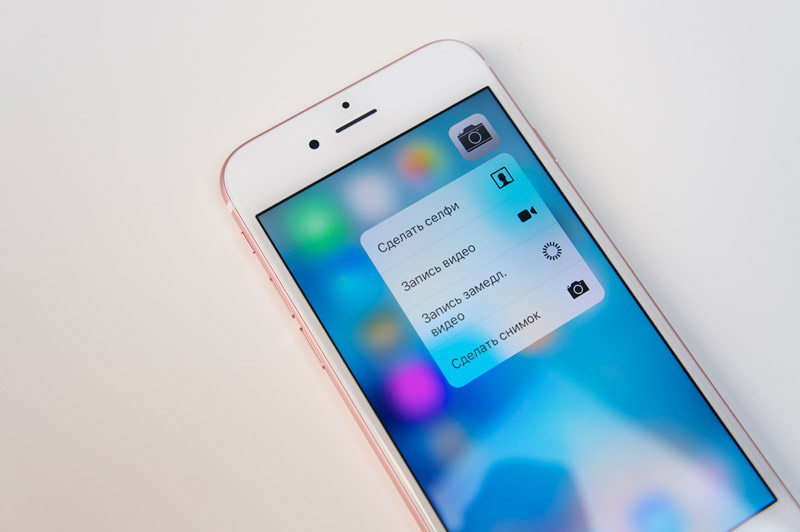 Independent developer Marco Chiapetta demonstrated the possibility of using a “3D Touch” on smartphones, initially not support this feature. The pressure detection on the screen he realized with the aid of a barometer, embedded in the Sony Xperia Z3 Compact.

Sony devices protected from water, so their buildings are very few openings through which the inside could be water or air. Press on the screen, thus increases pressure inside the housing, which is measured in the phone built-in barometer. However, as explained by the developer, the phone is not completely impenetrable — five seconds later the air starts out of the body, and the pressure inside decreases again.

How does the “3D Touch” on the Sony Xperia Z3 Compact:

Not so long ago the 3D display patented Touch Korean Samsung, the next flagship smartphone Galaxy S7 will almost certainly get a screen sensitive to velocity. Latest reports by Chinese media indicate that China’s largest manufacturer Xiaomi, often called “Chinese Apple”, has also received a patent for his version of the function implementation.

READ  How to downgrade from iOS 9 beta on iOS 8

In Gum will open the largest in Russia re:Store

Company Inventive Retail Group will open the largest Russian online store re:Store. As in other points of the network, there will be a wide selection of Apple products and accessories. The outlet will be located in the shopping center GUM in the capital of Tatarstan. The size of the shop is 219 sq. m. today […]