Today we’ll talk about the smartphone of the Chinese brand TCL. The model is called TCL Plex, and this is the novelty of the season. At first glance, this name does not mean anything, in Russia TCL is not known everywhere and not everyone. Nevertheless, this is not a one-day company, but a powerful corporation that produces a variety of electronics, from household appliances to televisions and smartphones.

What do BlackBerry, Palm and Alcatel have in common? That all these brands belong to TCL. This company is developing old brands, and sells its own smartphones under the TCL brand. 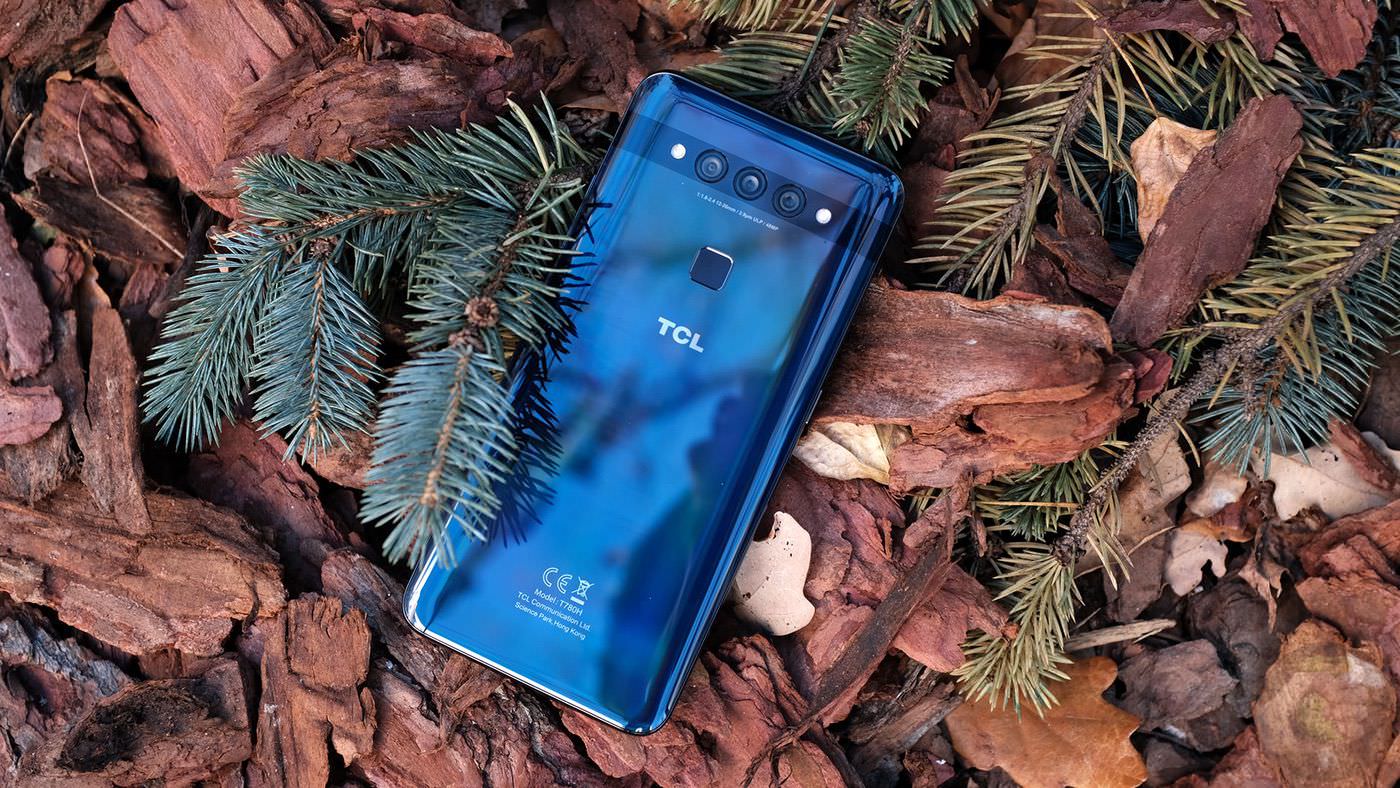 Incidentally, TCL is the world's third largest television screen maker. But about TVs another time, but for now let's see what a beginner can do, how good he is and why he deserves attention.

The triple camera is not located along the body, but across, in addition it is also emphasized by the blue line and supplemented by two flashes. Such a design looks at least unusual from a good point of view. The camera modules do not protrude, they are located quite far from the fingerprint scanner, so it will be difficult to slap them accidentally. 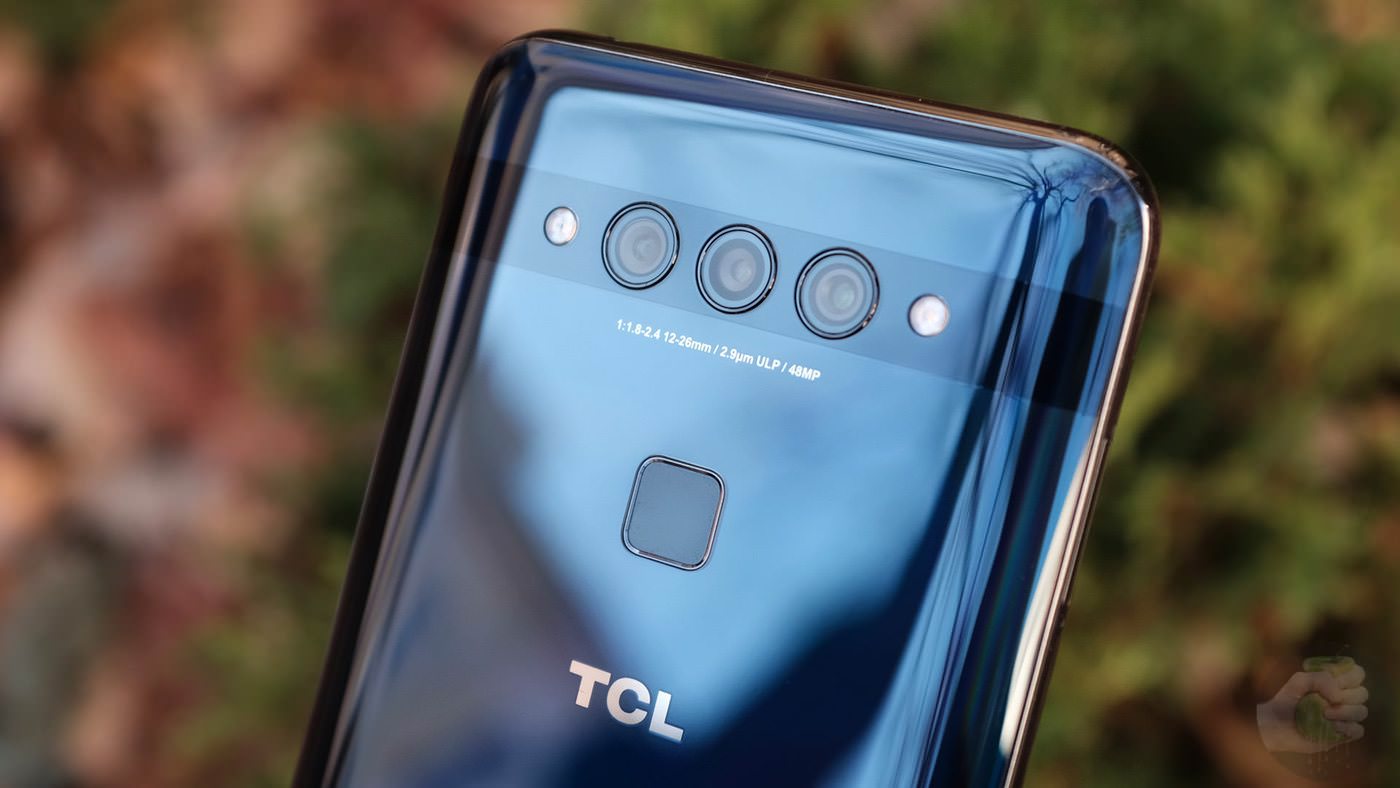 The main camera is 48 megapixels, if desired, this mode is launched through the settings menu. In the normal state, the phone takes 12 megapixel frames, which is quite enough. In my opinion, the difference between the maximum and the usual options is noticeable only on the crop when you compare the image on a large monitor. But when was the last time you did this? 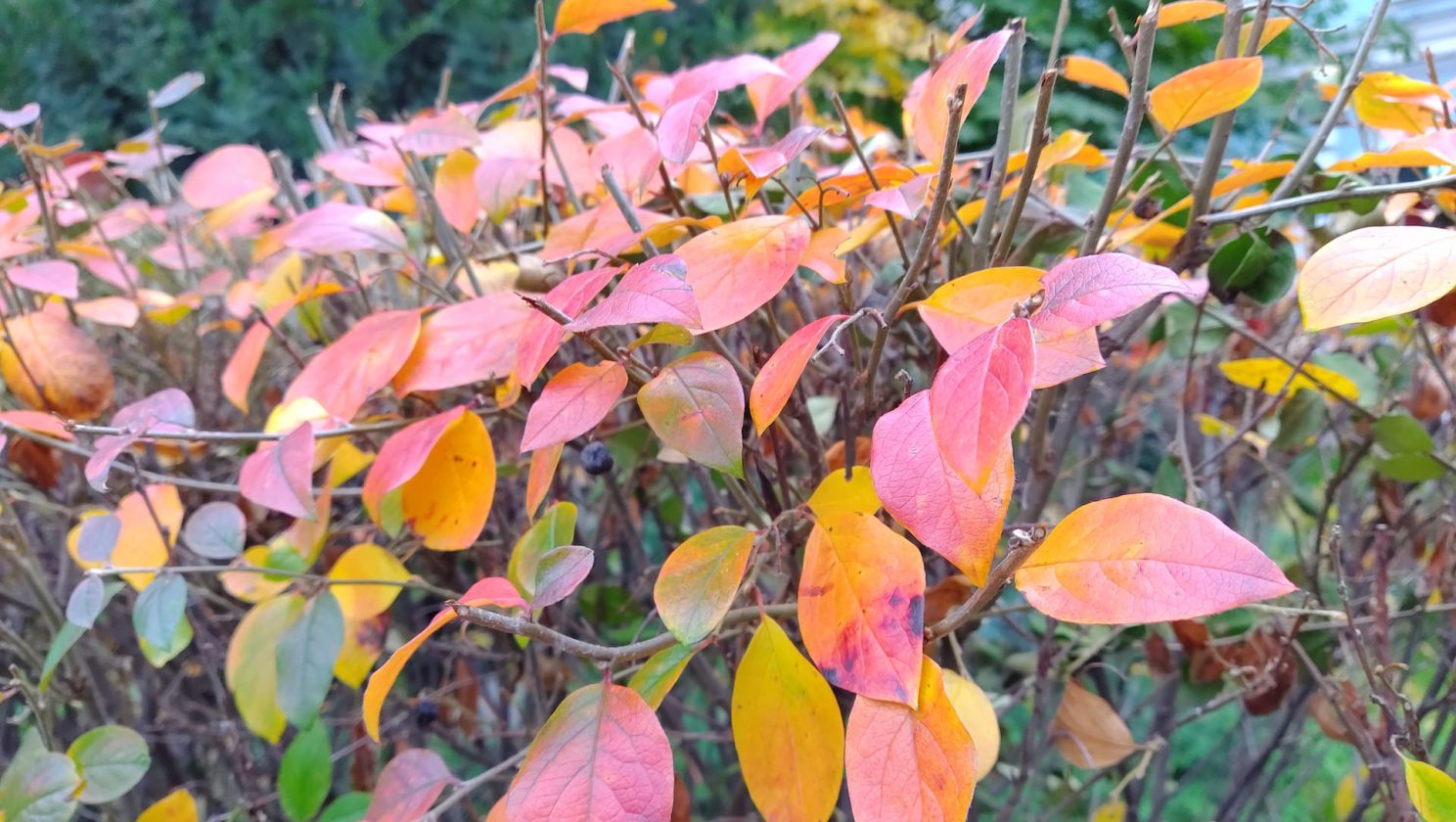 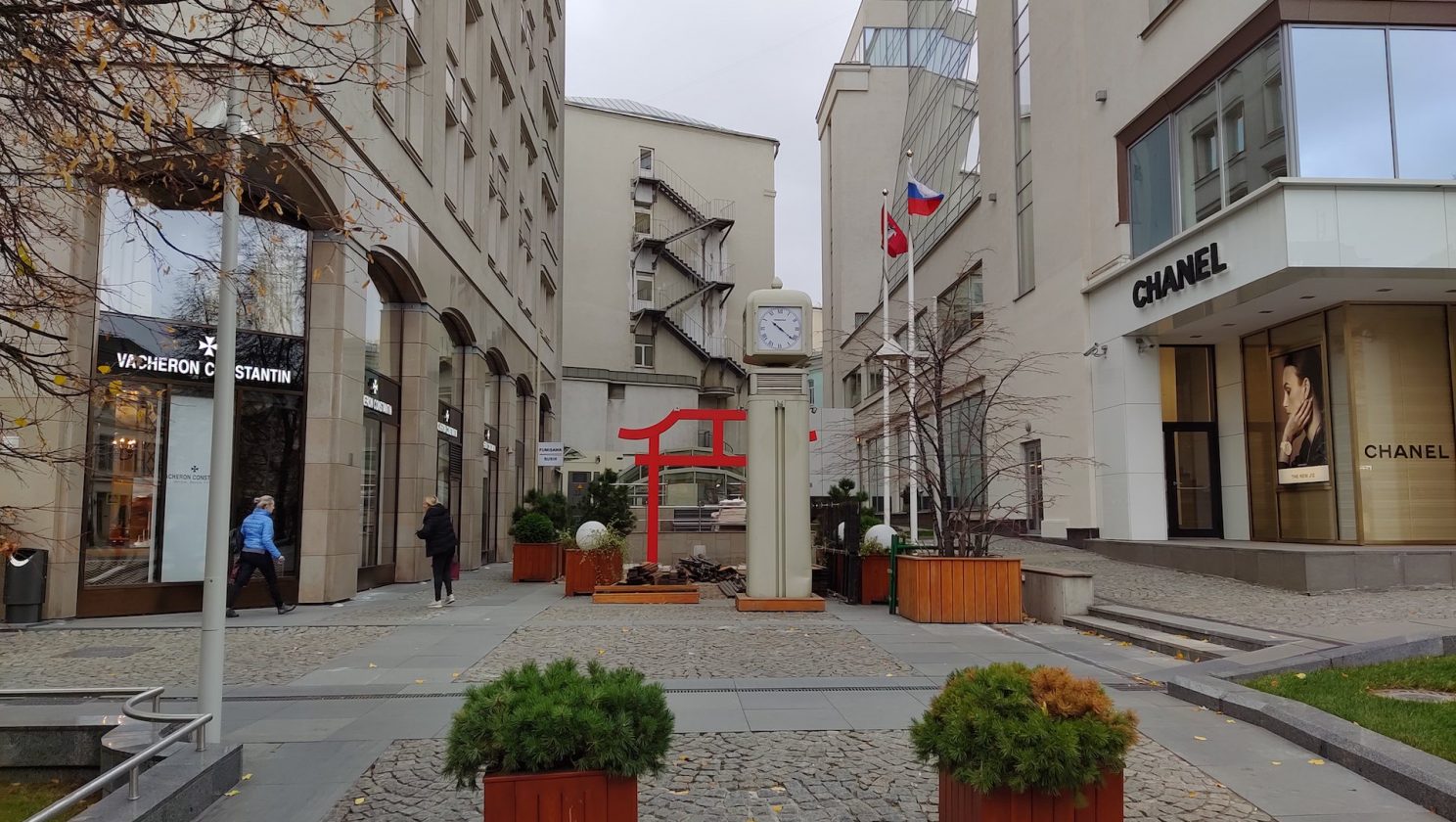 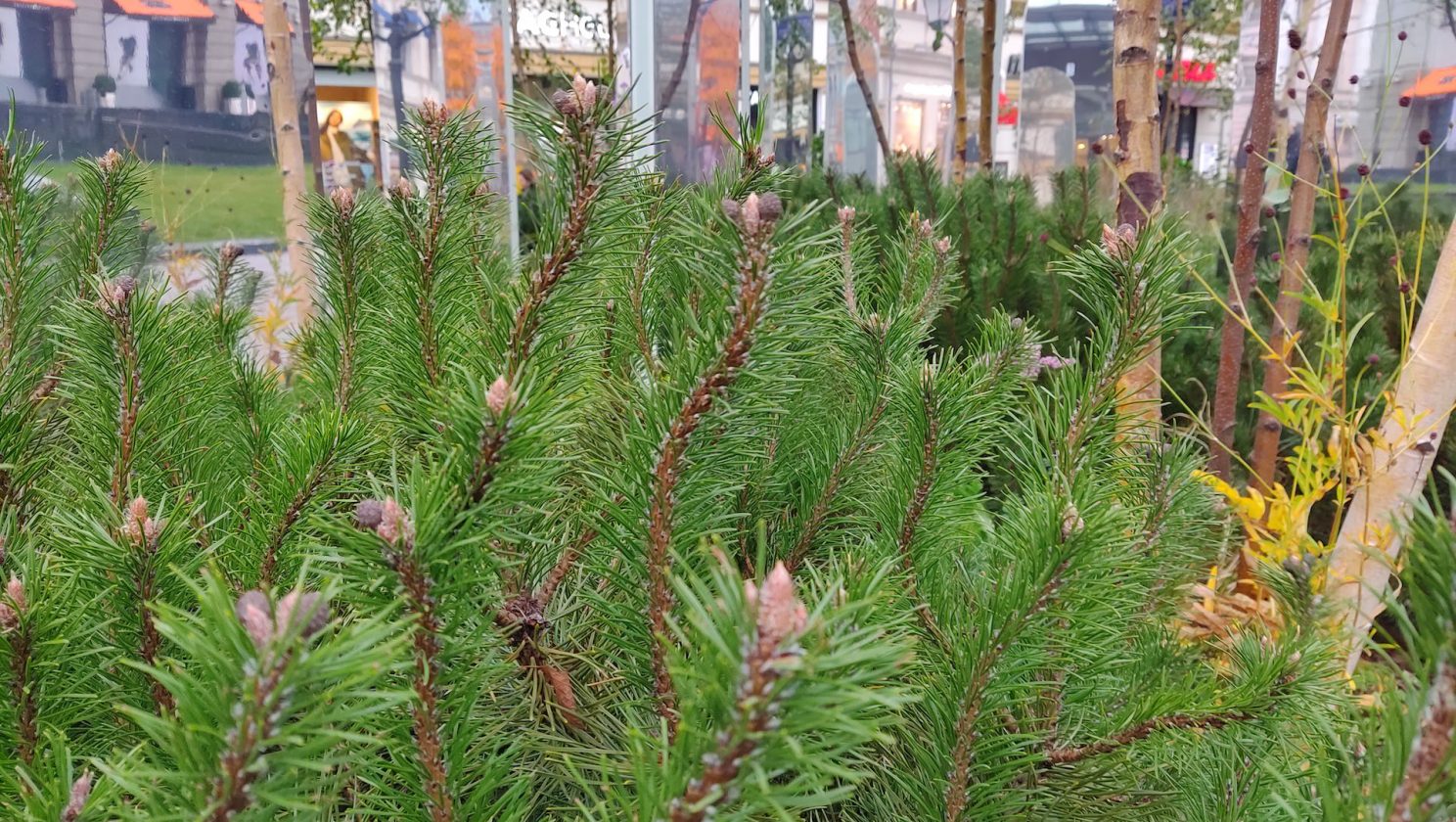 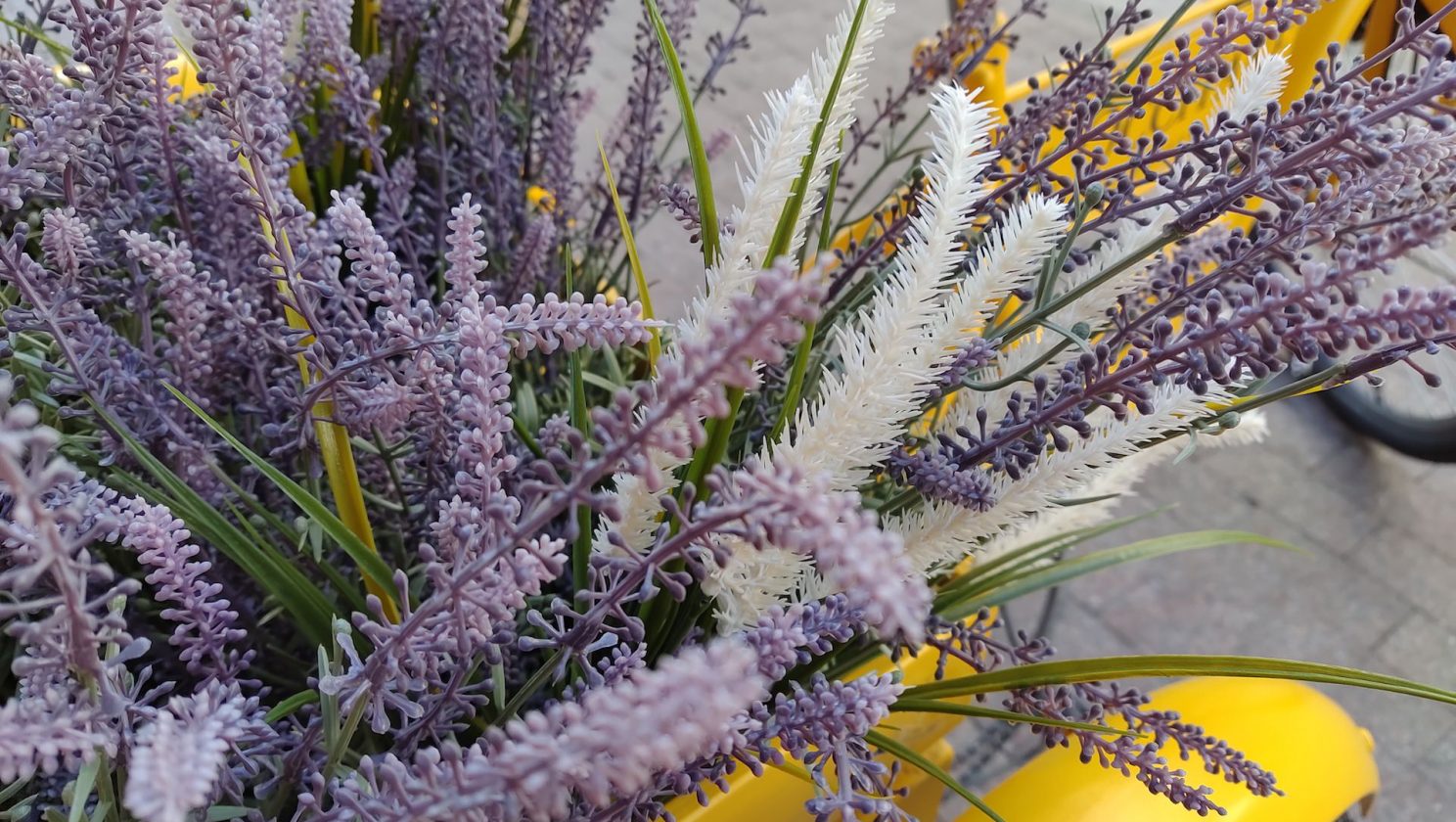 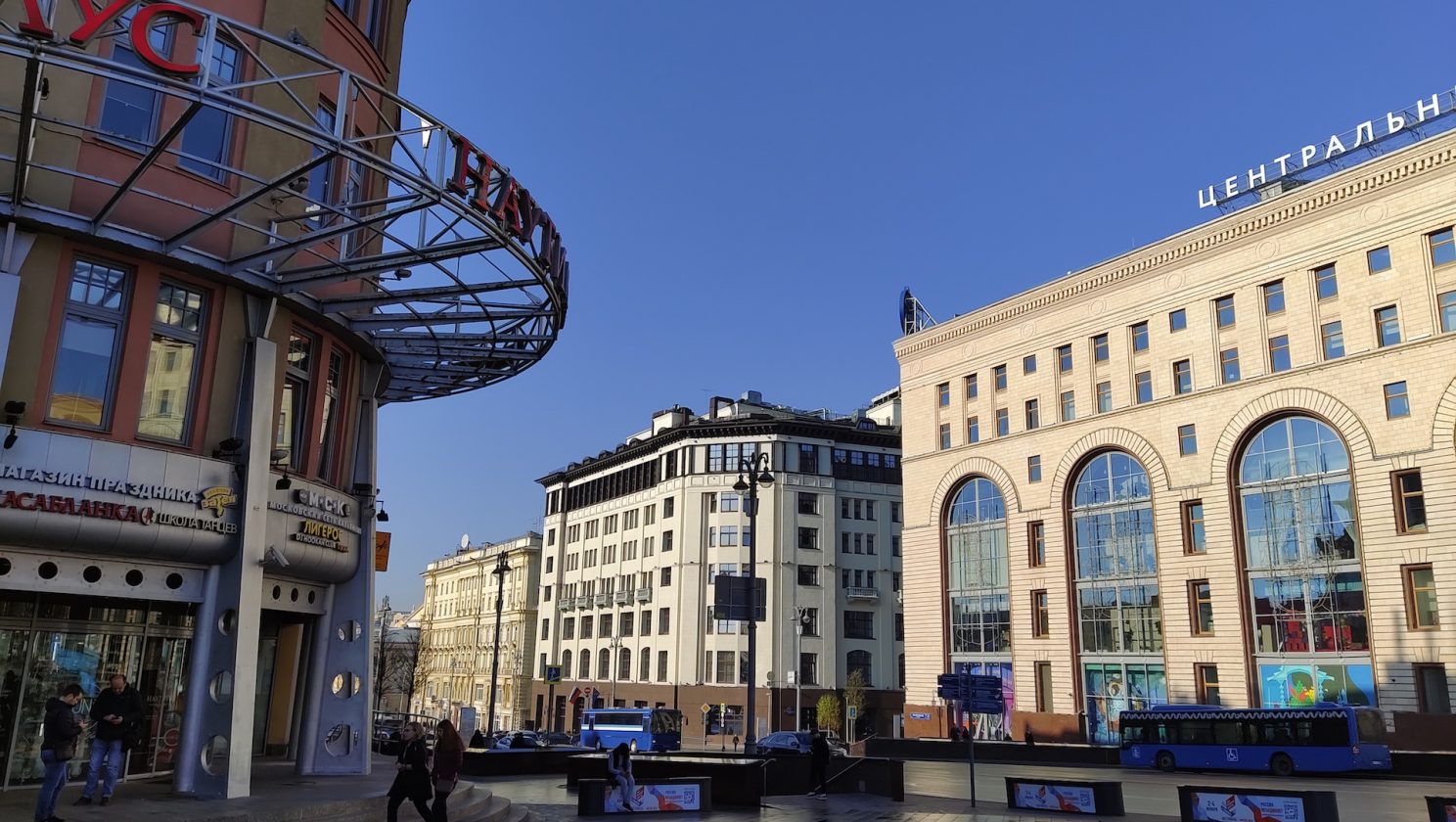 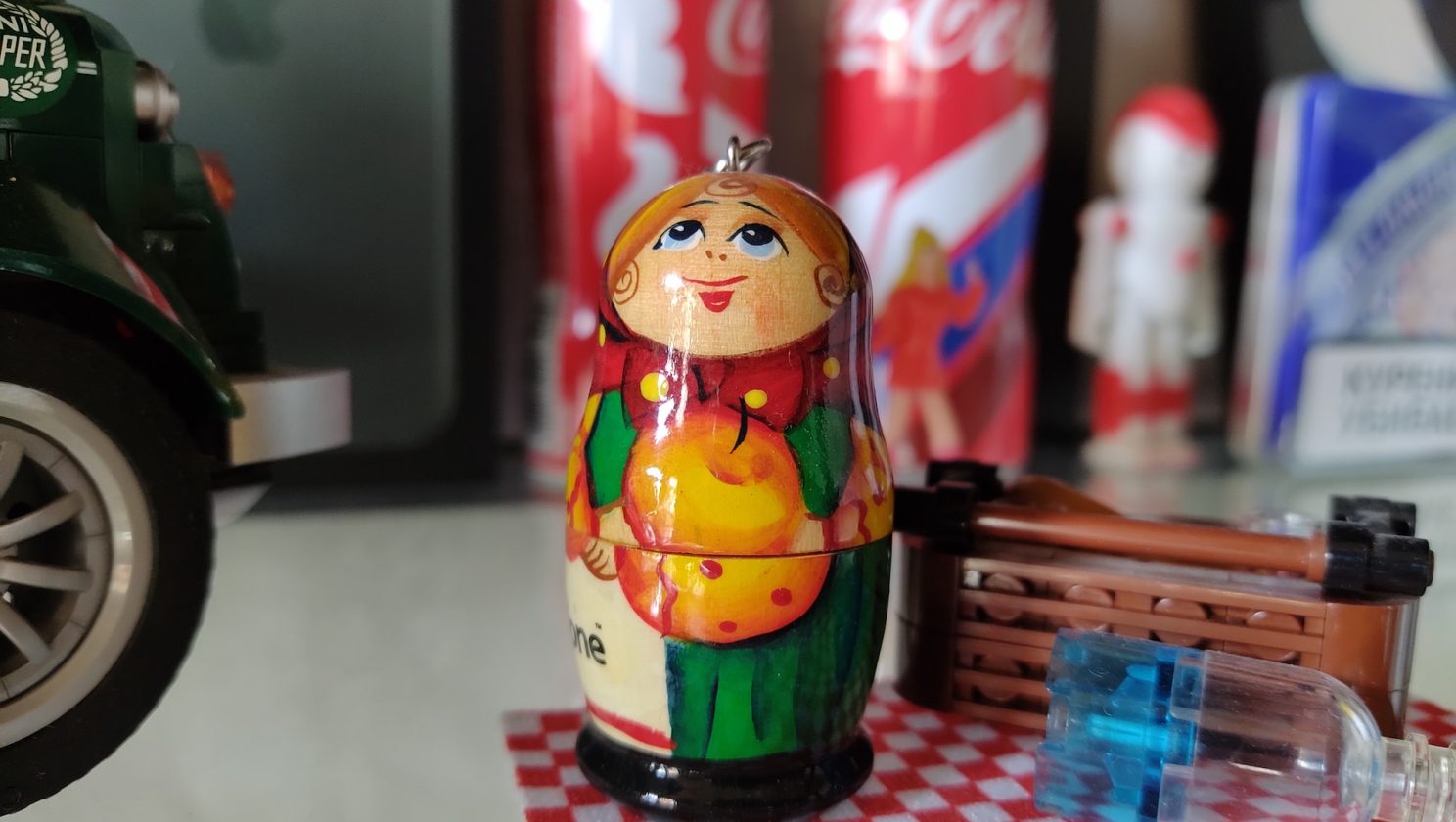 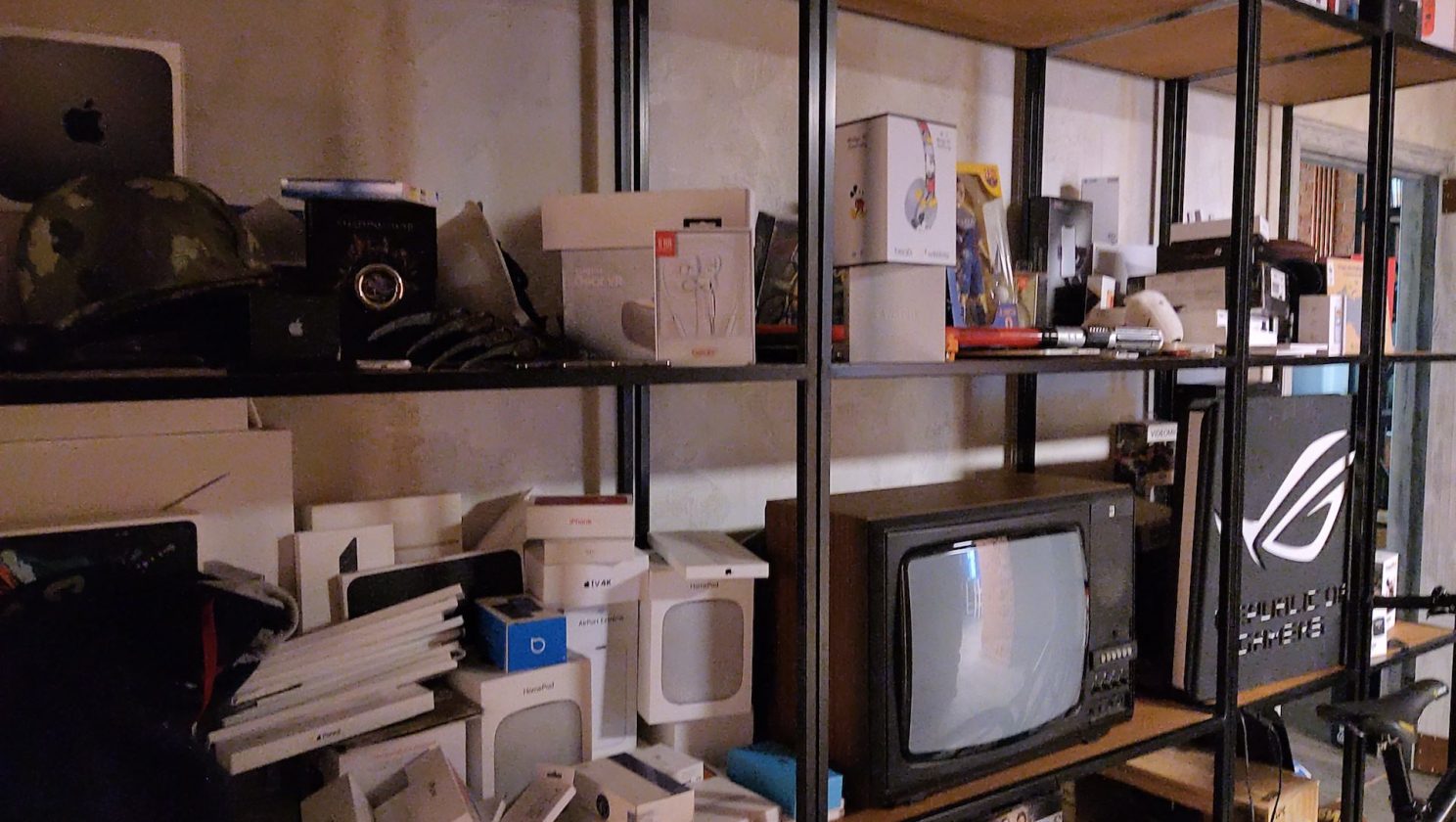 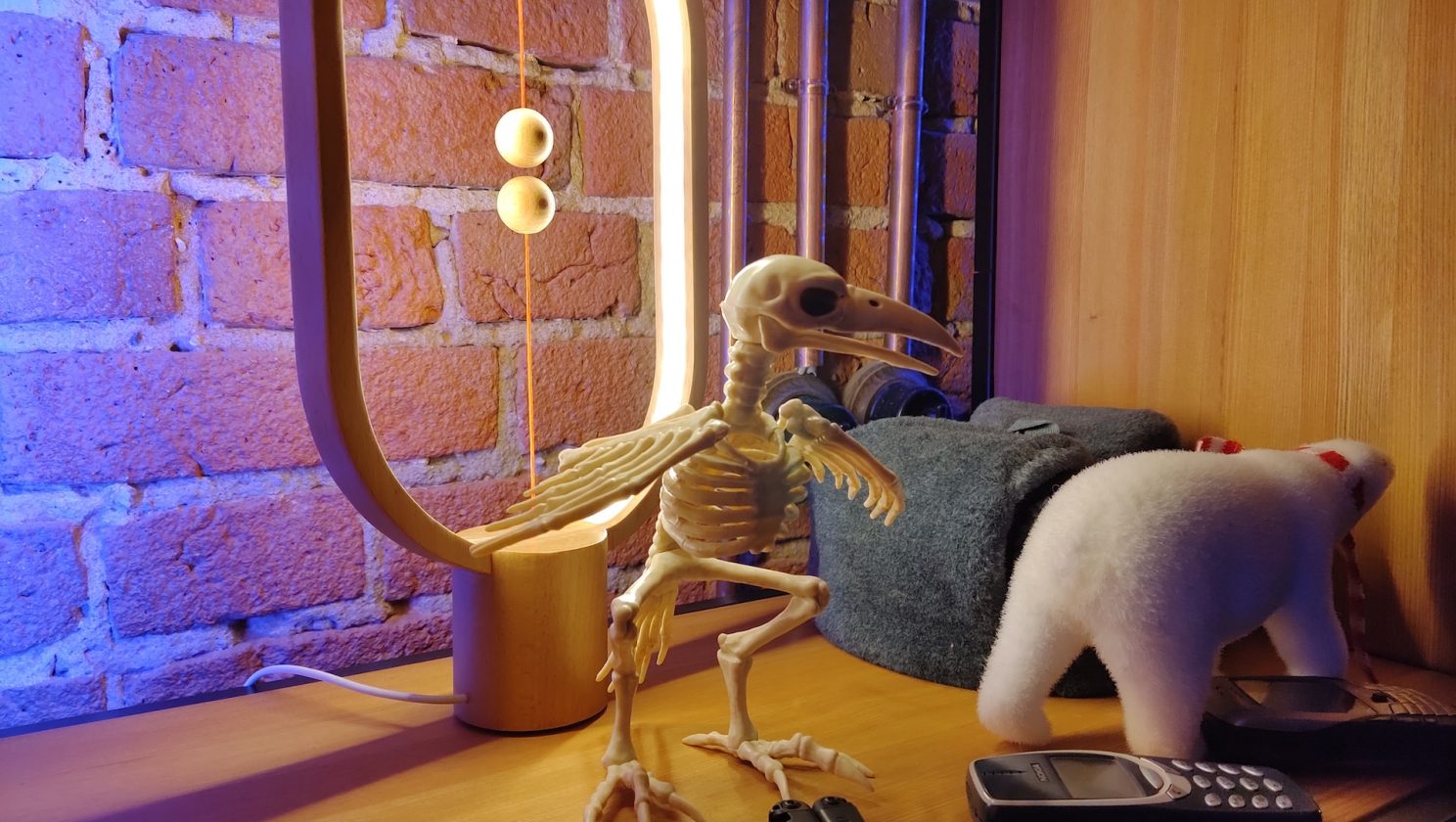 The portrait mode works with a fairly neat “blurring” of the background under excellent lighting conditions. There is also a wide-angle module at 123 ° – this is the most for creative shots.

Read also:   Experts: Apple Pay for the first year has not lived up to expectations 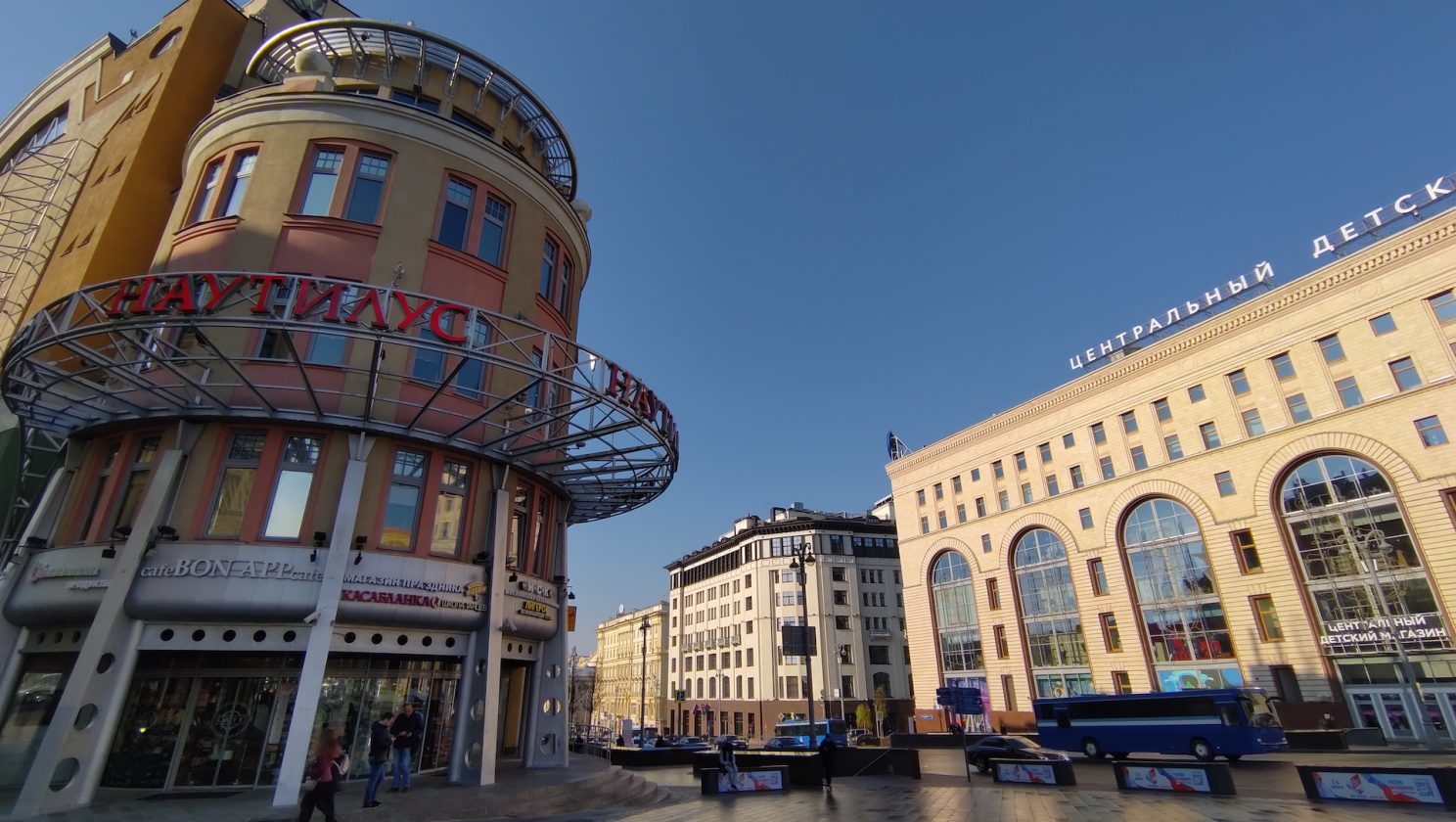 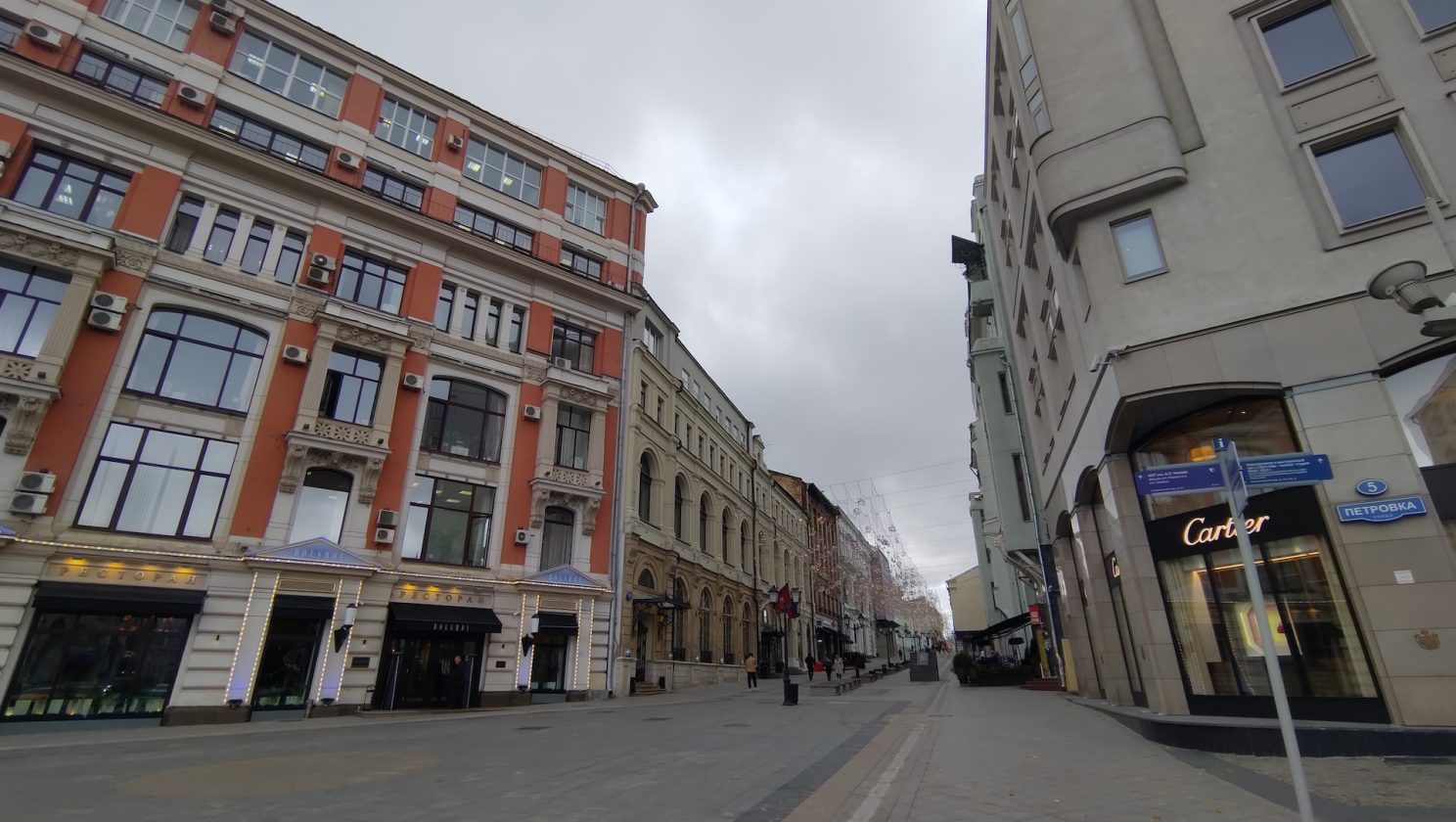 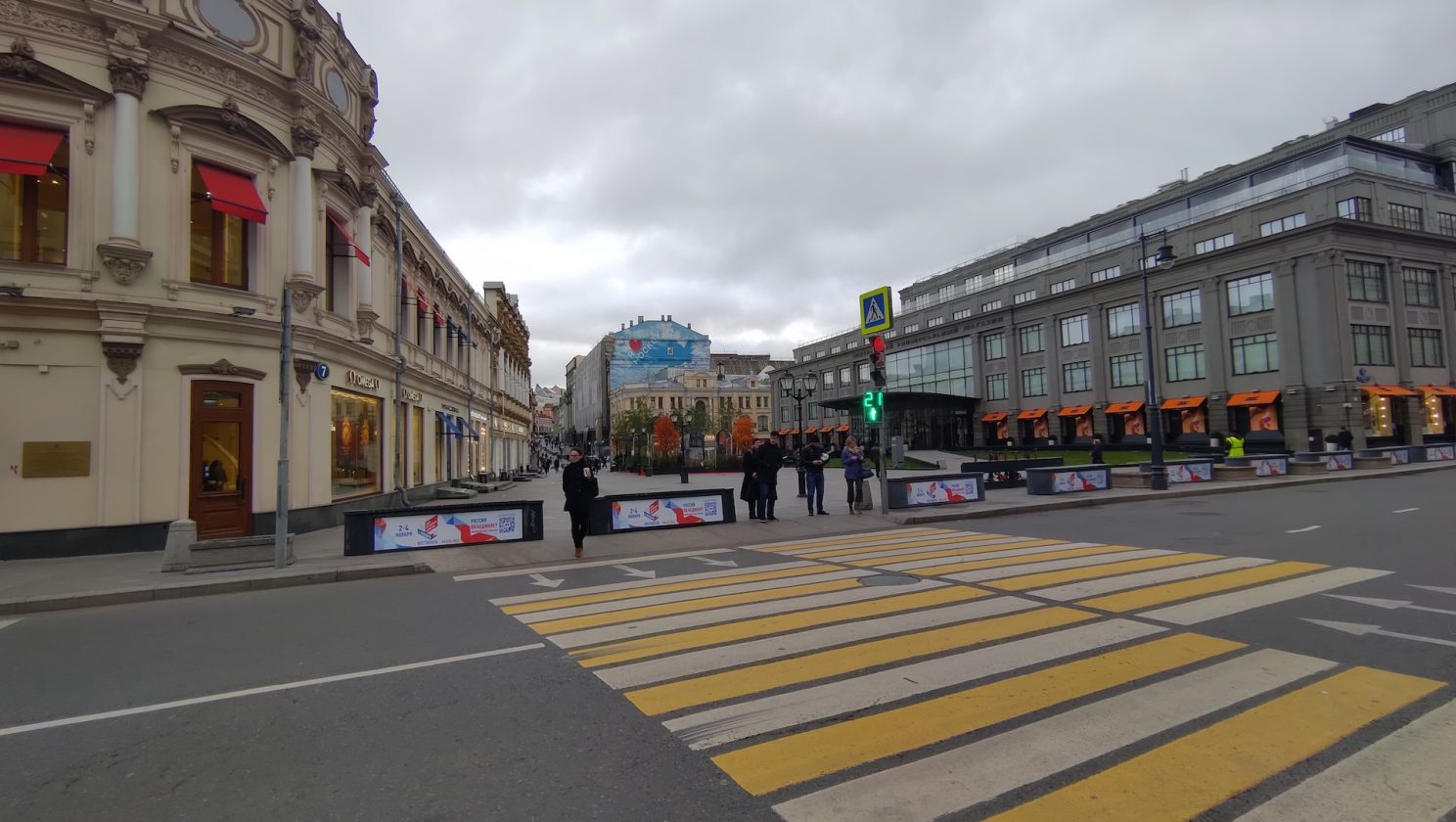 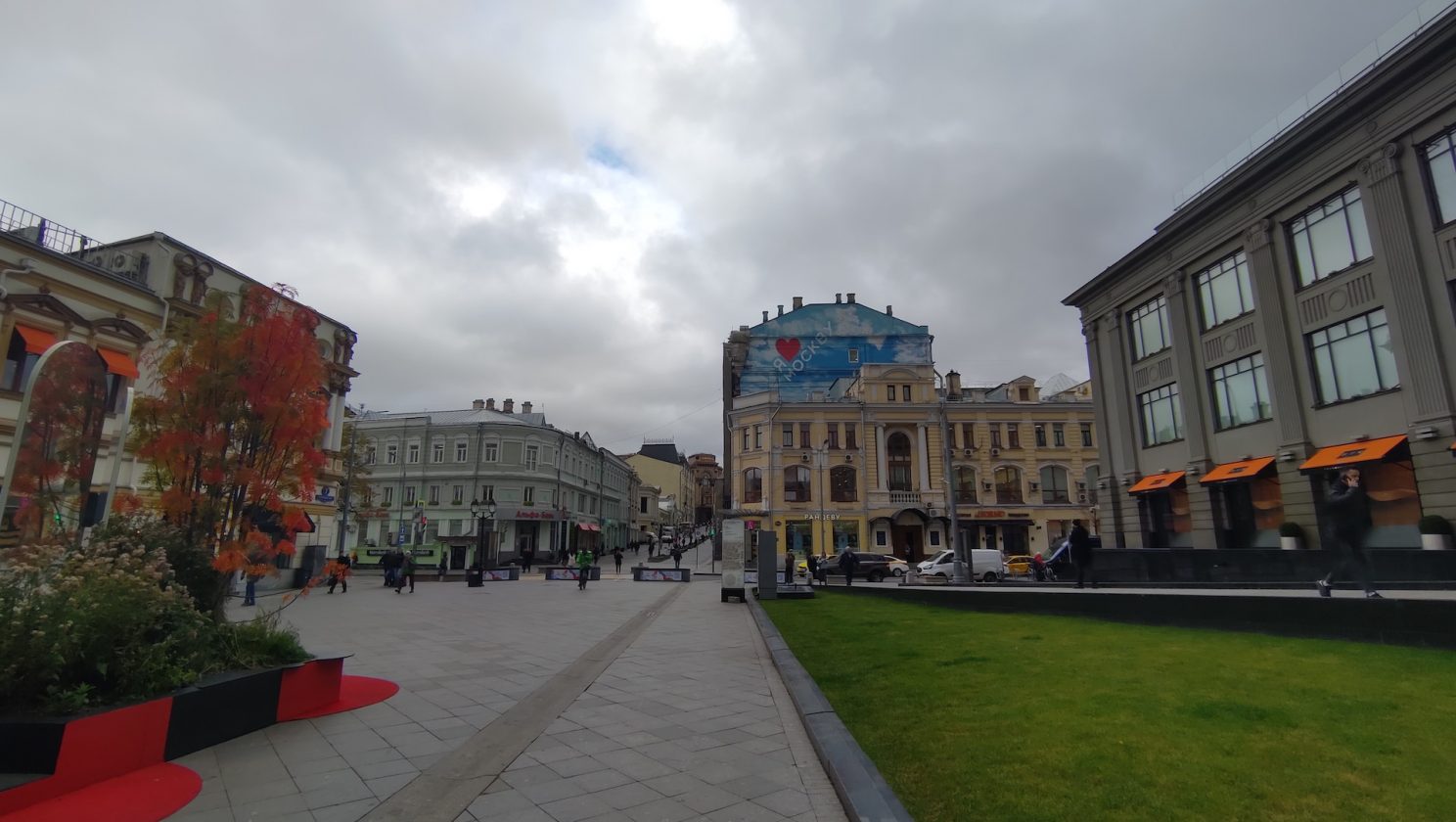 The smartphone received a separate 2-megapixel module for shooting at night, but I did not see much benefit from it: the pictures are the same as on a regular camera. It’s hard to live without optical stabilization, but you can use a special night mode when several frames are glued together in a single shot in seconds. At least there will be less noise, but in this case you need to hold the phone very firmly. 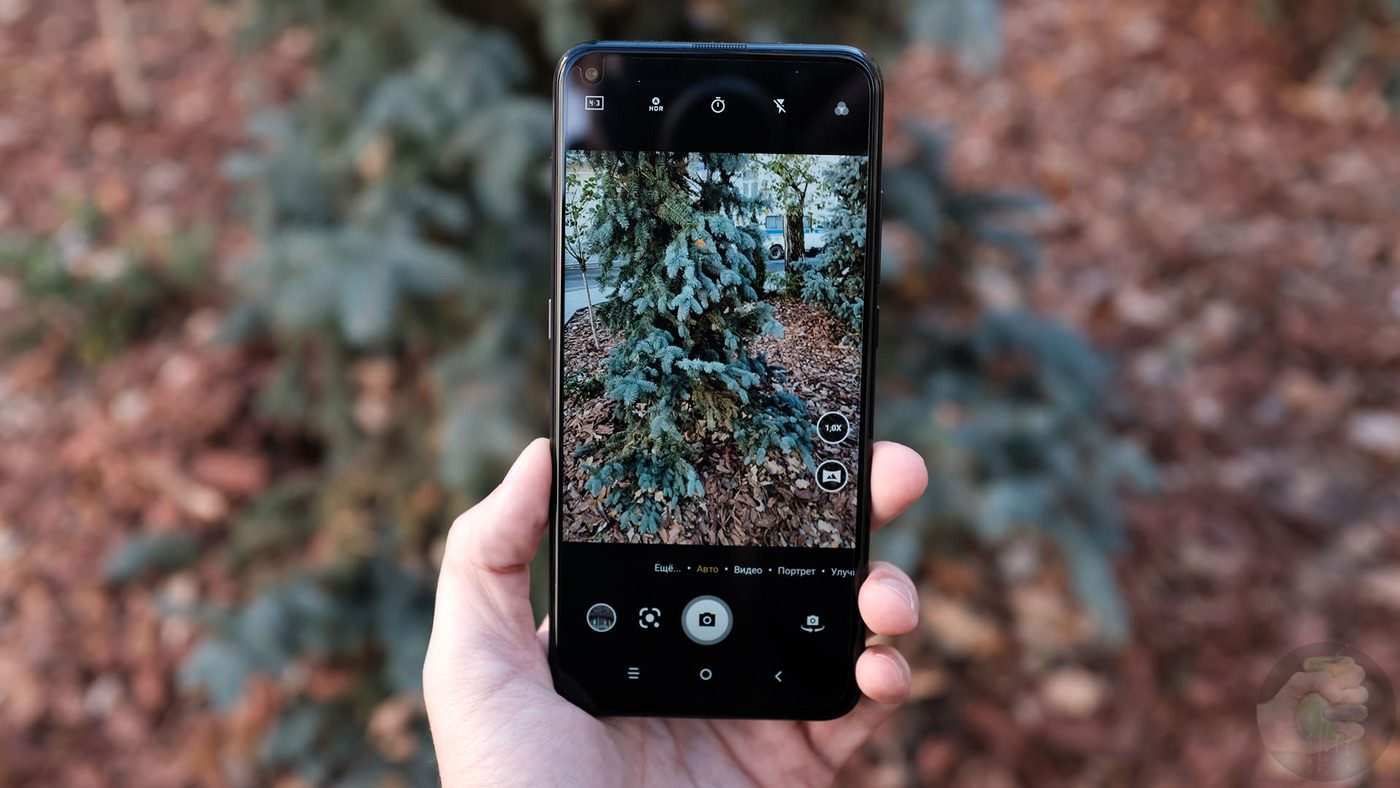 A 24 megapixel front camera with good detail and accurate color reproduction, it takes good photos in automatic mode. At the same time, appreciate the wide angle – how many things fit into the frame except me. 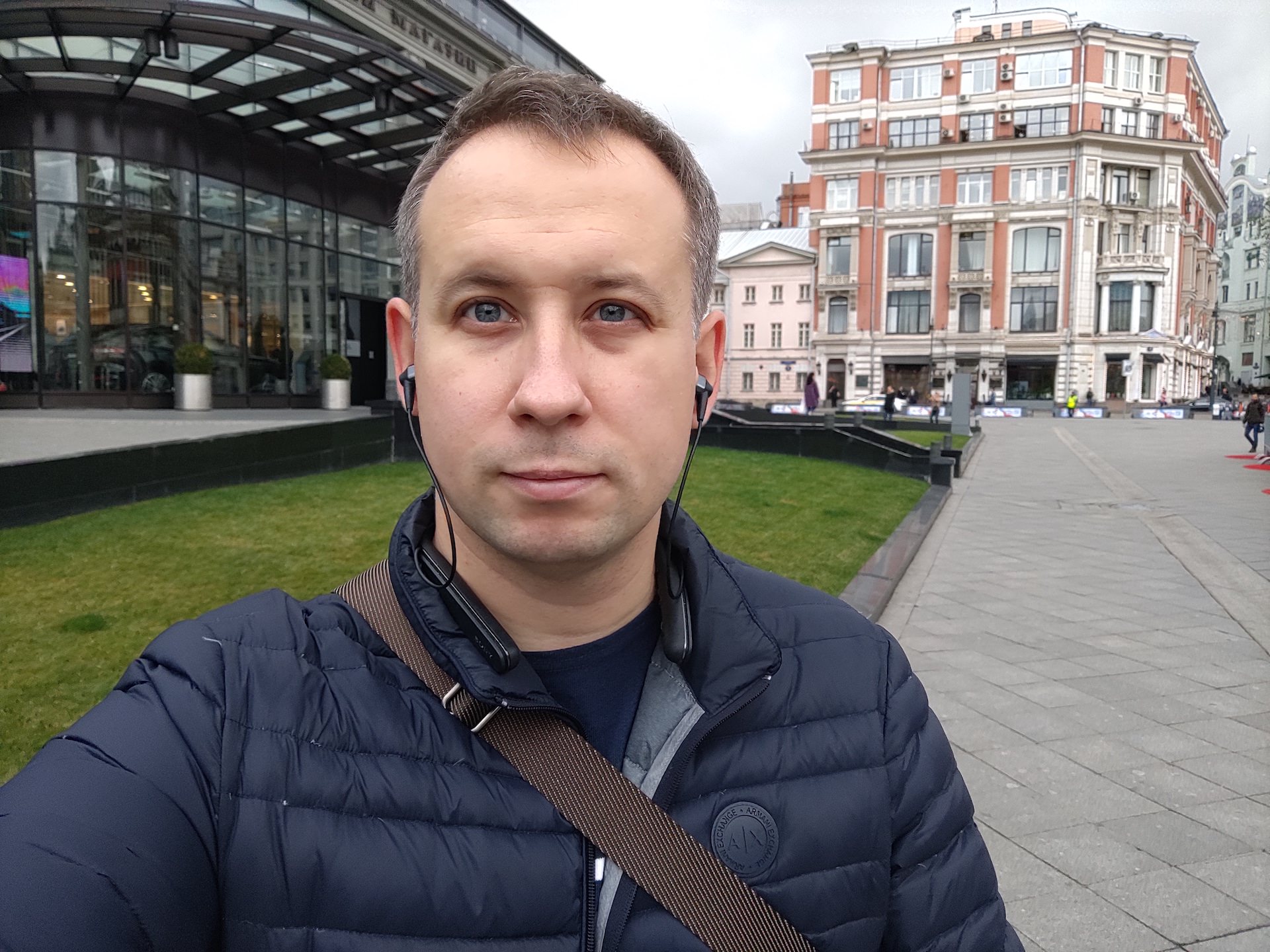 TCL decided that it was not worth following the fashion and added an IPS display to the smartphone. So if you are not too fond of OLED screens, then rejoice: your eyes get less tired when you read books or watch videos. The phone adjusts to lighting and changes the color balance of the image, a convenient thing. In addition, there is a special mode for reading, as well as a night mode to reduce eye strain. 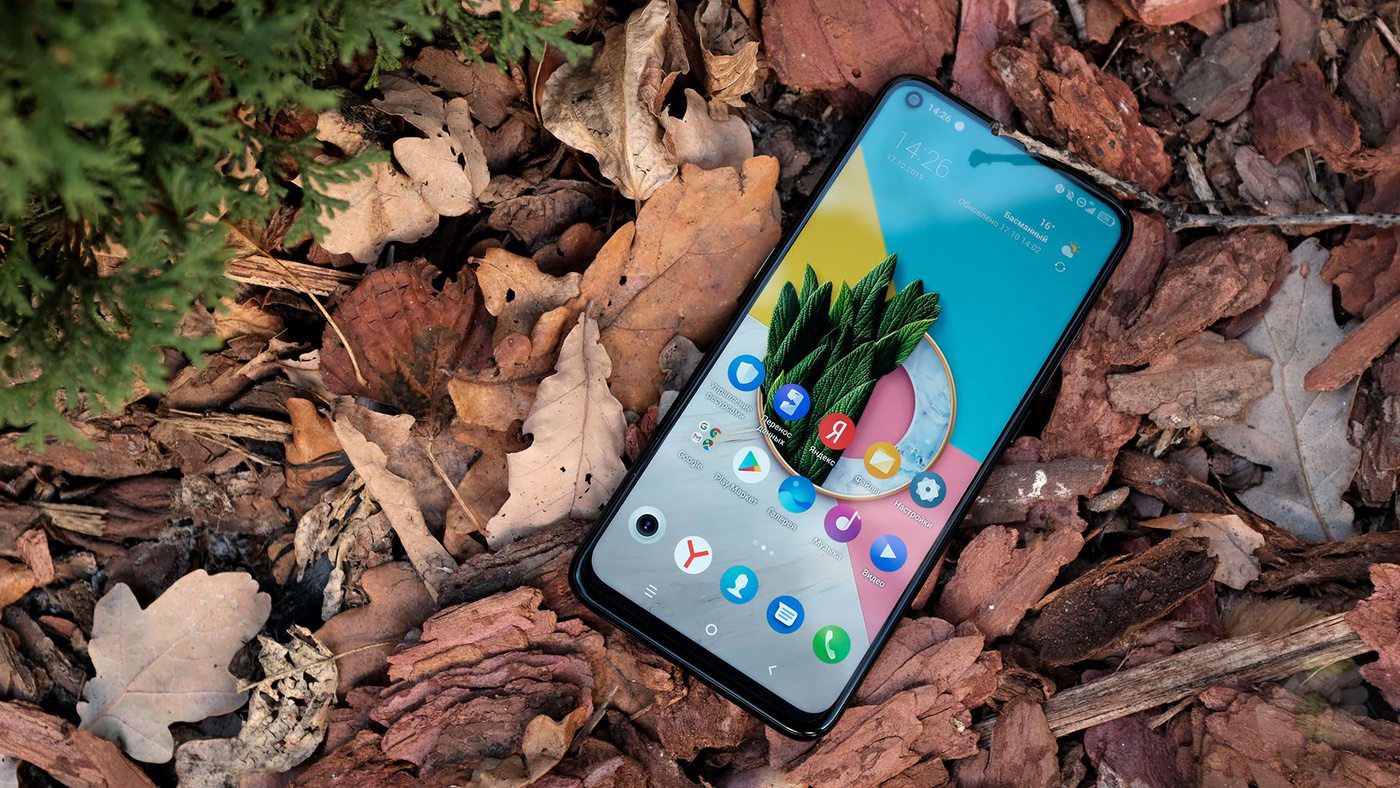 A feature called NXTVISION deserves special attention: the phone turns a regular image into an HDR picture. The question arises: why is this necessary? The answer comes on its own: because it is beautiful. The image becomes brighter, and halftones appear in dark frames.

Screen without cutouts and “bangs”, only a small hole for the front camera in the upper left corner. Simple, minimalist and neat. That would be another "chin" at the bottom to cut.

The phone will appear in one and only configuration: TCL Plex has 6 GB of RAM, 128 GB of internal memory and a Snapdragon 675 processor. It turns out a solid such middle class. It's nice to play, there are no lags, throttling was also not noticed, the case does not burn palms during matches in PUBG – in general, everything is expectedly good. There is a compartment for a memory card. 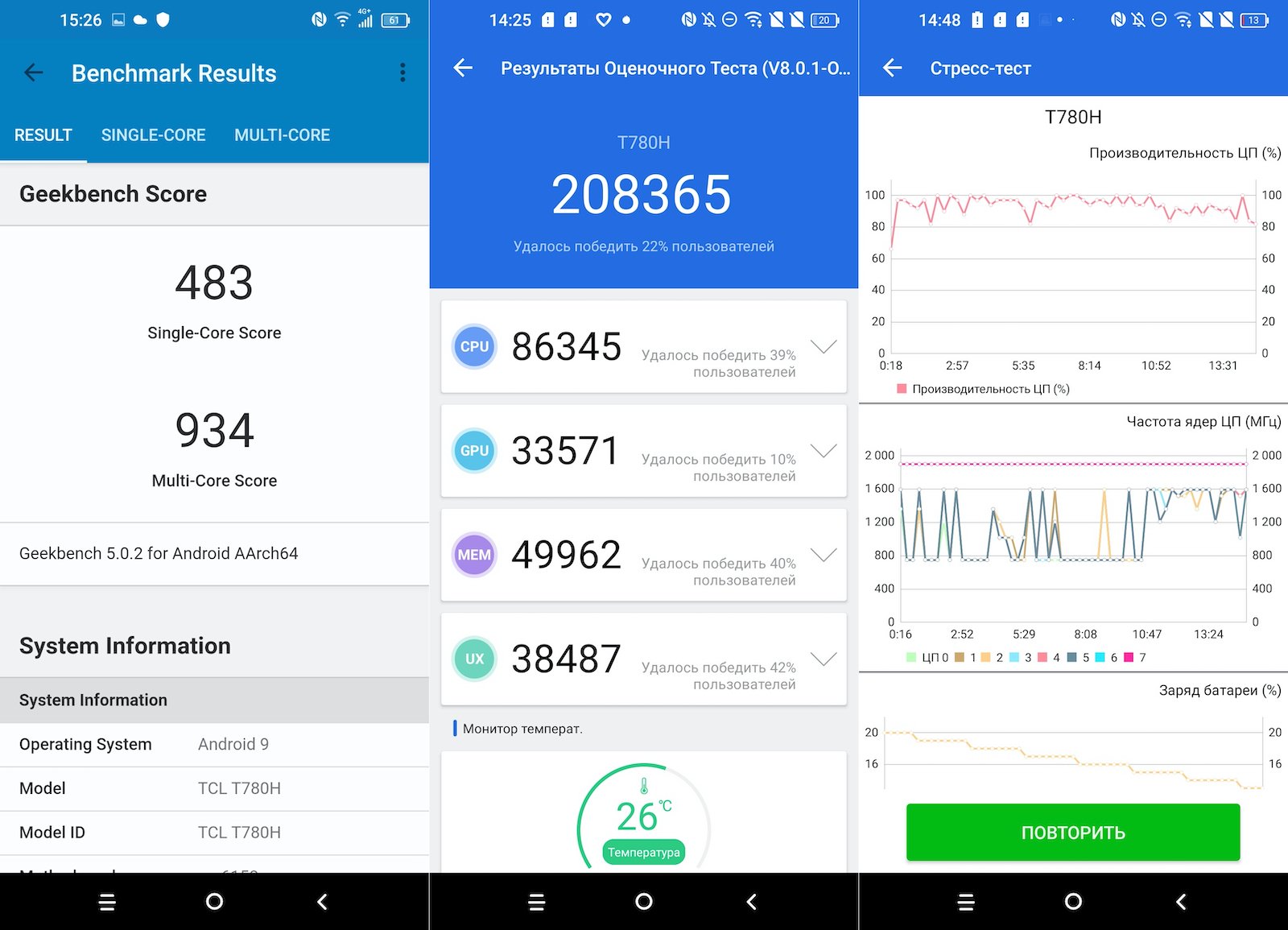 The kit comes with an adapter for fast charging at 18 W, for a modest 30 minutes the battery via USB Type-C is half charged, very convenient. In terms of autonomy, I got the usual results: from morning to evening, the TCL Plex lives on quietly, even about 20-25% remains in reserve. 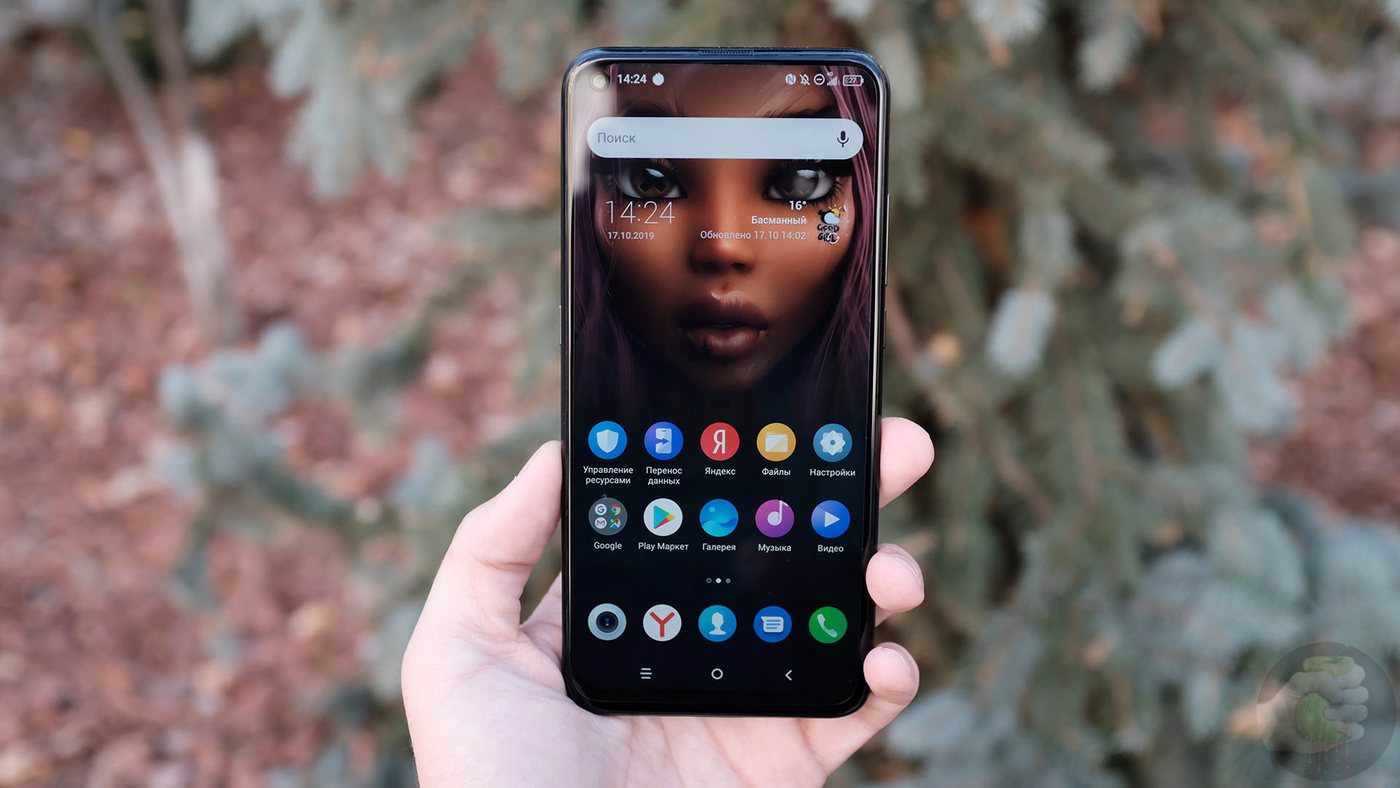 The smartphone is equipped with a simple silicone case: for the first time it will do. Given that the case is made of glass (and it may seem slippery from habit), then most likely, immediately after the purchase, you decide to hide the glossy TCL Plex body in the case. 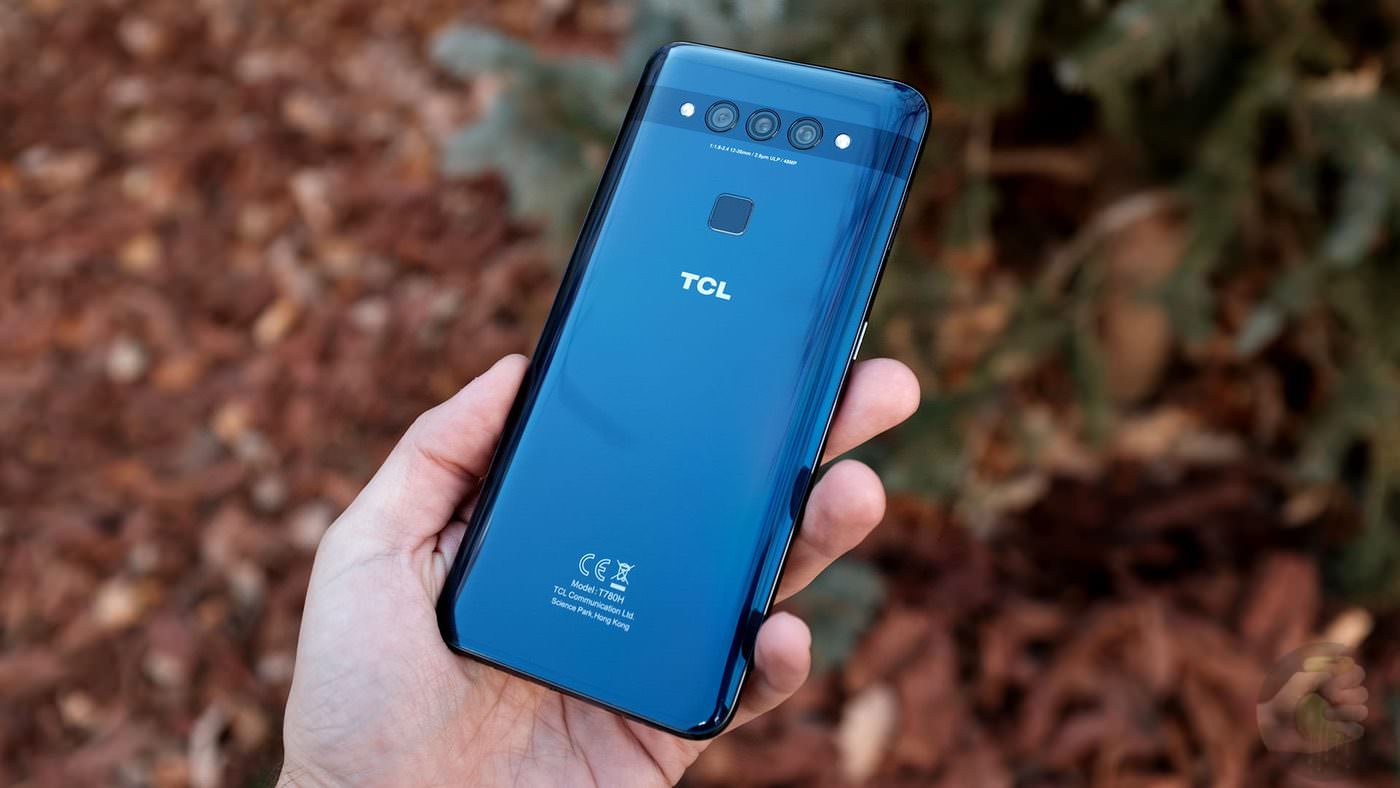 And if without a cover? Then get ready to regularly wipe the beautiful blue case, getting rid of traces and prints. The case is plump, the smartphone weighs decently. In general, not miniature, but it would be strange to expect something different from a phone with such a large display.

The phone runs on Android 9.0, here is the original shell: it’s not clumsy, rather neat, but it’s not pure Android, but something in between. 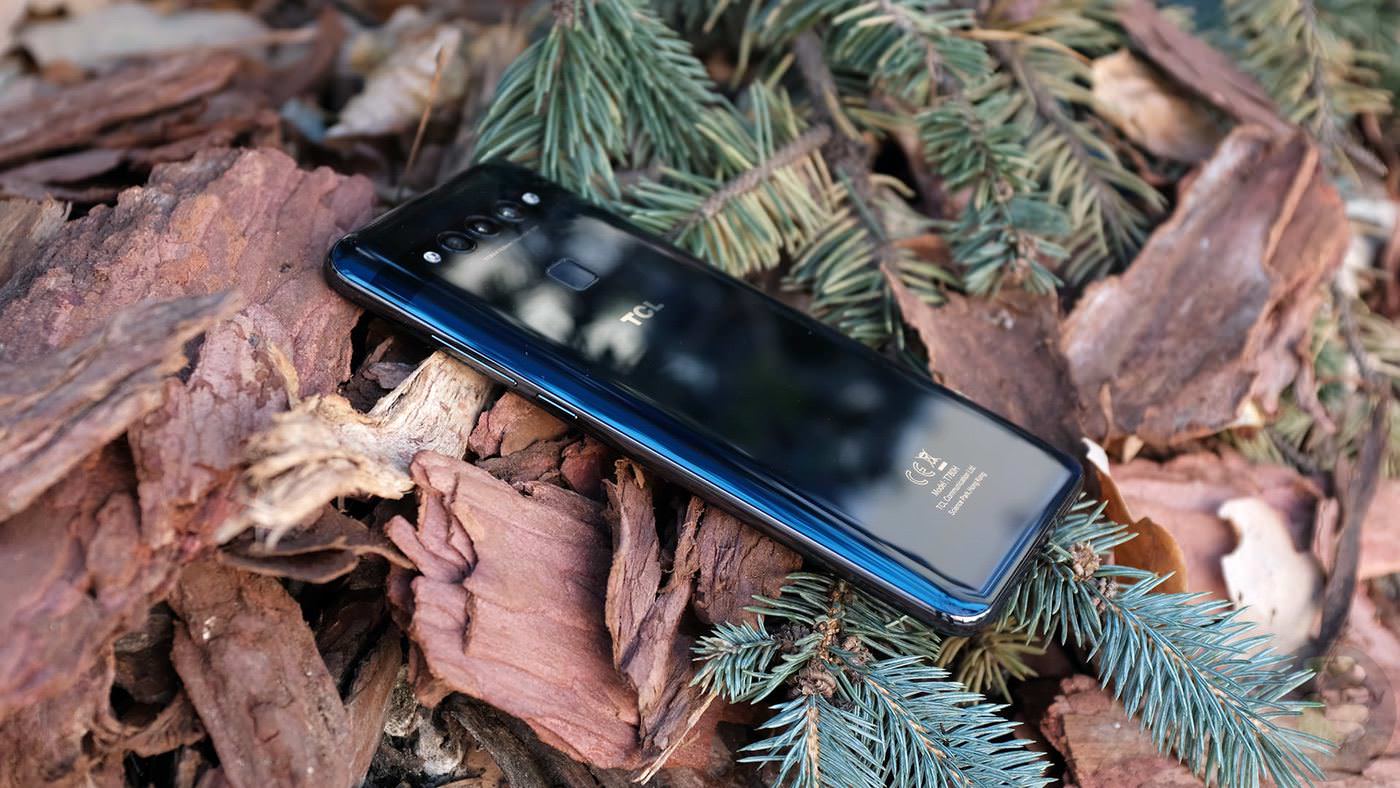 The fingerprint scanner is located on the back of the case, it works quickly, you can’t find fault. But if you don’t like this option, you can use face unlocking – however, this method is not so reliable.

Two SIM cards in place, you can connect headphones via a 3.5 mm jack or via Bluetooth 5.0. In this case, in the latter case, you can use two pairs of wireless headphones at once, conveniently. There is also a memory card slot, even a rare one for Chinese NFC smartphones.

Read also:   The installer was sentenced to 14 years in prison for trying to steal a domain

Nokia 7.2 will appear on sale for 19,990 rubles. There, the screen is slightly smaller, 6.3 inches, the Snapdragon 660 processor is inferior in power.

You can not forget about Xiaomi Redmi Note 8 Pro 6/128 GB on MediaTek Helio G90T for 19,990 rubles, this turns out to be the most powerful offer in the class.

Having walked with TCL Plex for a week, I can say that with proper pricing, TCL will manage to attract attention. The screen is excellent, nice design, NFC in place, decent performance, normal autonomy. I wish the camera were even better, but this is already a hope for new firmware and updates.

Dmitry Medvedev traded the Apple Watch a smartwatch for anglers

Prime Minister of Russia Dmitry Medvedev has got “smart” watch for anglers. Now instead of the Apple Watch he wears a specialized model for receiving satellite signals. Such a watch at the premiere noticed the media at the meeting of the Council of the Federation. New watch of the head of government is the Garmin […]

Need more memory! The flagship LeEco Le Pro 3 will get 8 GB of RAM and 256 GB of internal memory

On 21 September, is expected to announce the new flagship smartphone LeEco Le Pro 3, which will be equipped with Snapdragon processor 821, 6 GB of RAM and 64 GB of flash memory. Chinese sources have published the image, which implies that Le Pro 3 will be available in versions with 8 GB RAM and […]

During the year Apple expects to complete construction of the new headquarters, which Steve jobs called “space ship” not only because of its futuristic design, but also due to its impressive size. In the list of amazing architectural solutions will also the new hall campus, which will include a presentation of future iPhone 8 and […]