If there is insufficient memory on the MacBook before the user has a difficult choice: to release the data by removing the information you need to use an external drive or upgrade drive. Replacing the hard drive – the process is quite time-consuming, besides, certain models of Mac provided the space for a second hard drive. MacBook owners experiencing a shortage of disk space, you should turn to a new development from TarDisk. 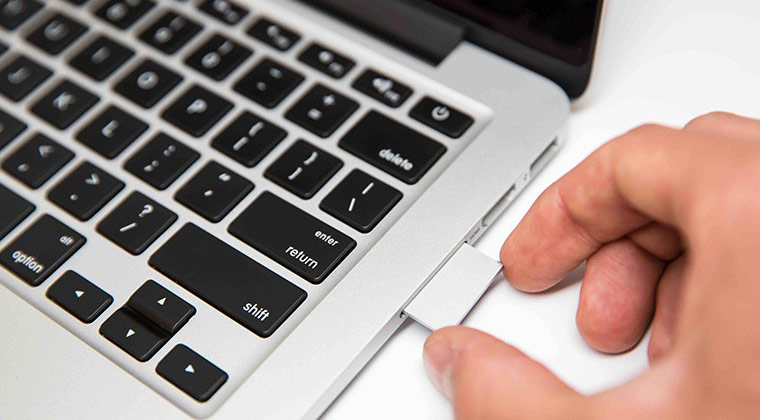 The company unveiled the expansion module’s flash memory, designed for MacBook Air and MacBook Pro with Retina display. The product is available in 128 and 256 GB versions and is called TarDisk Pear.

The module is positioned by the manufacturer as a persistent storage that allows you to quickly and easily increase the capacity of your MacBook while maintaining mobility. Installing practically no effect on the size of the laptop, so it can be kept inside constantly. TarDisk Pear fits in a standard SD card slot.

A key advantage of the Pear, in addition to the form factor, is that unlike a normal drive, it is automatically merged with the already existing hard drive of the Mac, creating the analogue of the Fusion Drive. It is implemented by standard means of OS X. fast computer drive to store frequently used files, and all the rest will move automatically on TarDisk Pear.

The main thing you need to pay attention to potential buyers TarDisk Pear – it becomes part of the MacBook. After disabling portable hard drive, some data will be unavailable. 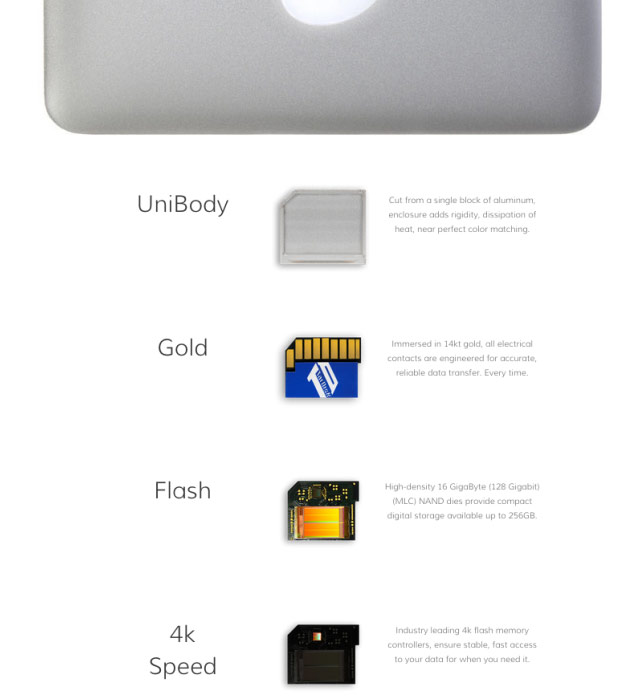 Flash memory TarDisk Pear for MacBook Air and MacBook Pro produced a volume of 128 and 256 GB and costs $149 and $400 respectively.

Steve Wozniak: Russian smartphone can not live, it is better to pay more for iPhone

On Tuesday at a tech conference in China’s Guangdong province Steve Wozniak praised the Chinese smartphone manufacturers for its excellent functionality and low prices and criticized the models of Russian production. Co-founder of Apple sure iPhone is worth to overpay for him. “That’s what I admire in the Chinese smartphones: smart solutions for cost reduction […]

The editors of Appleinsider learned that the sales staff, Apple has begun sending emails “trusted buyers” with questions about buying an iMac Pro. In the letter ask about customer needs, including RAM, hard drive and graphics card. Instead, Apple employees can name the approximate prices that the buyers were able to get the money for […]

Every fourth iPhone owner planning to buy iPhone 8, 2% want to switch to Android

26% of current iPhone users intend to purchase the new anniversary flagship iPhone 8, announcement of which is expected in September of this year. It is reported by Branding Brand, citing its own research. According to analysts, 14% of smartphone owners plan to buy Apple iPhone 7 or iPhone 7 Plus, 12% intend to buy […]