Watchmaker Swatch has received a patent on the phrase “One more thing” that has become legendary thanks to the founder of Apple Steve jobs, who used it during presentations of new products. In the database world intellectual property organization patent Swiss company dated may 22, 2015. But it was getting just now. 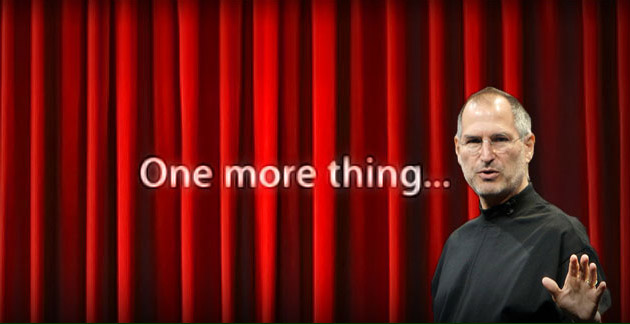 Application for use of “One more thing” was filed Swatch in November last year. The company’s plans to register the phrase as his own slogan in January, reported the German Manager magazine. But confirmation of this information was not reported.

On time submission of documents to WIPO representatives Swatch coincided with the release of Apple’s new set of tools for developing apps for Apple Watch. Observers do not exclude that the patent of the watch company is associated with the desire to do harm to a competitor. After the release of smart watches Apple in selling the head of Swatch said that the device is not a competitor of mechanical watches, calling the new “fast fading technique.” 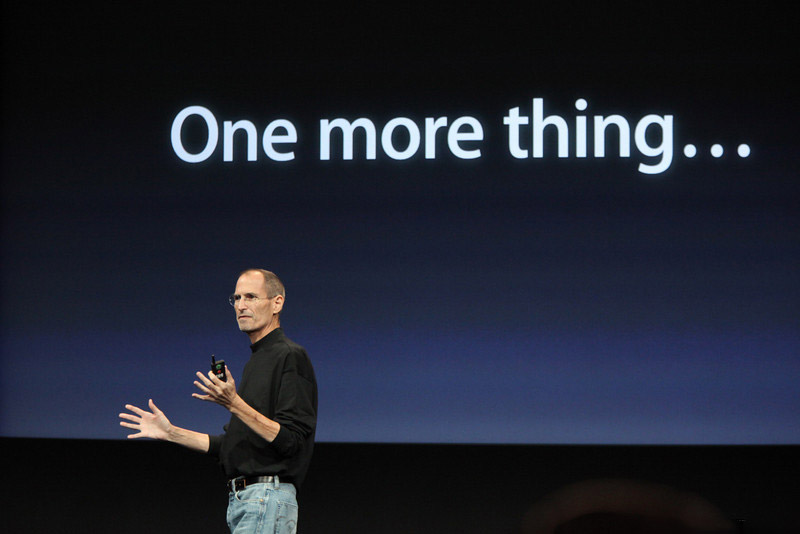 Steve jobs said “One more thing” from the stage 31 times. For the first time the phrase was heard by the visitors of the exhibition Macworld Expo in 1999. Then jobs introduced the wireless access point AirPort. PowerMac G5 and PowerBook G4 were announced after the words “One more thing” at MacWorld 2001 and WWDC 2003, respectively. MacBook Pro released under the end of the presentation Steve jobs at the 2006 MacWorld Expo, the same fate was waiting for and MacBook in October 2008.

As a surprise “One more thing” MacBook Air spoke at MacWorld in 2008 (the latest exhibition with the participation of Apple), and presentation at the October 2010. In September 2006, Apple first showed the set top box, Apple TV, immediately after the story about the launch of online sales of films through iTunes.

In the framework of the “One more thing” came out and iPods: the iPod shuffle in 2005 (MacWorld), iPod touch in 2007, iPod nano 5G in 2009. In 2007 as “One more thing” made Safari for Windows. At the worldwide developers conference WWDC 2010 with the words “One more thing” Steve jobs introduced the technology of FaceTime. The last time this phrase was heard from the founder of Apple in 2011, during the announcement of iTunes Match at WWDC.

After the death of Steve jobs “One more thing” was first used succeeded him as the head of Apple Tim cook in September 2014. It happened during the presentation of the Apple Watch.

How Swatch plans to use the legendary phrase, is unknown. Officially, the company doesn’t comment on the registration of a patent.

All that is known about the Apple Watch Series 4

Described rumors and speculation about the device, which will likely be called the Apple Watch Series 4. In the second half of this year, Apple will likely release a new timepiece. The company Tim cook is unlikely to leave the market of wearable devices without updates for a whole year, so you can count on […]

Pre-order the iPhone X started on 27 October 2017. The first batch was sold out in less than half an hour. Now there is a waiting time of delivery is approximately 5-6 weeks, but they may be reduced. Users whose iPhone X had to come from 10 to 17 November will likely receive their orders […]

Russian developers have created messenger, which allows you to see the text messages in real time

Russian developers have announced messenger that allows you to see your interlocutor’s message before it is sent. At the moment the app is in beta test where you can take part by signing up on the website of the project. Users chat under the name Blank, rather than labels like “typing a message…” in real-time […]