Co-founder of Apple Steve Wozniak believes that people can go unnoticed in a submission to artificial intelligence, according to Rg. He said this, answering the questions of forum participants Freescale Technology, held in Austin, Texas. 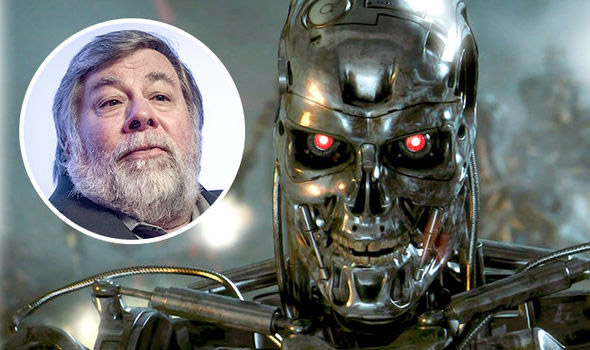 Wozniak believes that artificial intelligence in the future will surpass human capabilities and become so perfect that it can swap places with him. But Steve is far from pessimistic.

In his opinion, robots and computers will not physically destroy people. However, they are able to subdue the man, the latter will not even notice it. Wozniak believes that artificial intelligence could take the man role of “pet”.

“This idea came to me when I was feeding my dog,” admitted Steve. We live in the Internet world, and he does a lot for us. We don’t even need to think. We are used to play the role of a pet, where someone cares”.

According to Wozniak, if the Internet is going to be difficult to control people, it will surprise many and sober. But artificial intelligence will eventually improve. And will find a way to lull people. However, Steve believes that robots and computers will look at people as a deity. So, will not harm them.

“The level of artificial intelligence will grow via the Internet through the networks, which are slowly but surely link the world through your smart device,” said Steve. “They (robots) will become smarter than us, but if they are smarter than us, you will realize that you need us”.

By the way, earlier Wozniak at a similar conference stated that artificial intelligence will soon become intelligent enough to “get rid” of the person.

AirPods wireless headphones went on sale two months later than initially planned. It happened in mid-December, but since that time, the device managed to gain popularity among users. According to a report by research firm Slice Intelligence, the proportion of wireless headphones in online sales grew by 50% after the launch of Apple AirPods. “In […]