Apple not only produces the millions of iPhone, but also engaged in their recycling. For specific plants smartphones are crushed into crumbs, then become part of other devices. However, if the smartphone enters the plant in good condition, then it is possible to avoid destruction and to appear on the counter as a “restored” iPhone. 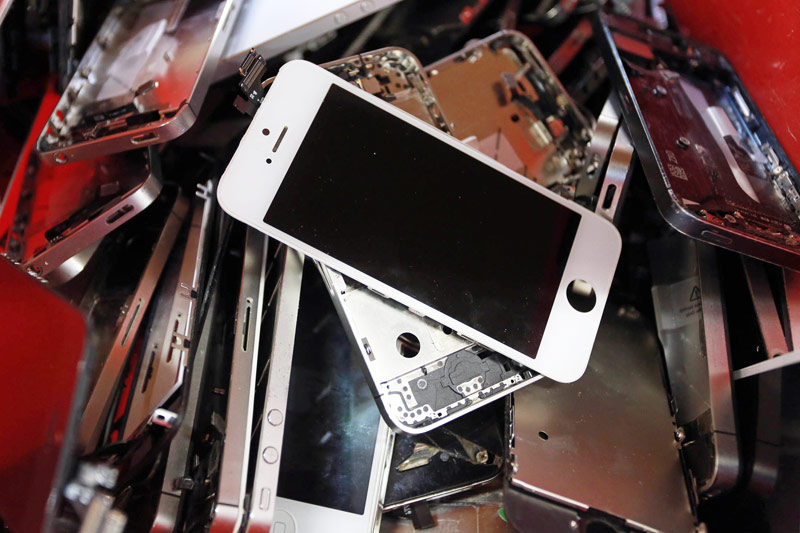 Recycling smartphones is an important part of Apple’s business as the company seeks to minimize the number of devices that will disappear in landfills will contaminate the soil.

One of the largest partners of Apple in the field of processing and recycling iPhone, iPod and iMac, as I have found, is a Hong Kong company Li Tong Group, which provides the company a factory where the entire process takes place. To get to the plant to the outside visitor it is impossible, on the spot on duty round the clock security and level of privacy both at the state facility of special importance.

Since the release of the first iPhone, the company has implemented, according to different sources, between 500 and 700 million units. And almost the entire volume created by Apple products must be recycled. According to the regulations of the recycling or disposal of devices in electronics company must self-destruct or “melt” about 70% of the production, released seven years earlier.

Thus, in 2016 Apple will handle the processing of the iPhone 3GS, released in 2009. According to preliminary estimates, the company will need to kill about 9 million devices. 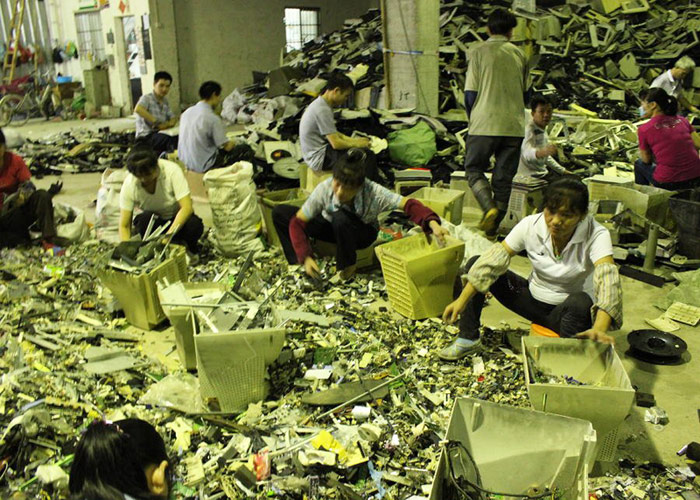 According to the company, in 2014, Apple has collected over 40 tons of waste electronics. This steel contained in the waste, enough to build 160 km of railway tracks.

Read also:   Which iPhone to choose not to charge it every day?

However, the company needs to collect the device, be recycled or resold. In thousands of stores around the world simultaneously declares the action during which the client may pass outside the device or receive from $100 to $350 for a functioning smartphone. Subsequently, the device may be already in the hands of others.

If the device cannot be repaired, it is waiting for the arrival at a processing plant. But before you get to a huge industrial shredder, the iPhone is in the process of cleaning memory. Before beginning the process, by the way, the iPhone is not withdrawn the processor as it comes with appliances from other brands at processing sites. Apple insists on a full physical destruction of all parts of the smartphone. This is because the total weight of recycled devices could worm way the fake device. 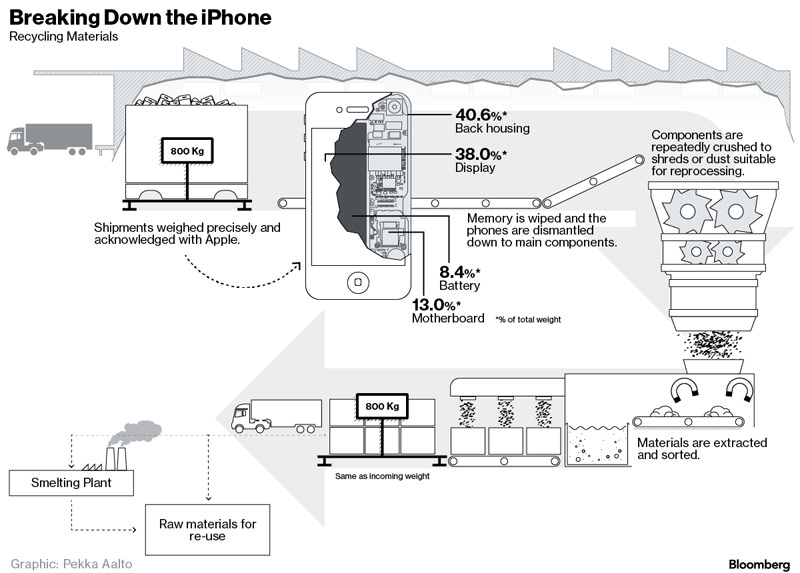 The proportion of the component parts of the total mass of the iPhone:

Further AIDS to know the basic details. After that it goes into a special shredder, where are crushed into fine crumbs. The process occurs in a sealed condition, so that any gram of the crushed devices is not lost, and hazardous gases emitted in the course of the work, did not cause harm to the health of workers.

Metal parts with magnets is separated from the glass and other parts. At the exit of the pipeline the resulting mass of recycled materials are carefully matched to the weight of the device before starting procedures. Then the metal components are shipped to the metallurgical plant, which melted in details for future smartphones.

Other waste, particularly the most dangerous, are sent to the storage in special facilities. Processing plants can also keep valuable materials such as gold or copper, as a small fee.

However, if the iPhone that brings the client, still in working condition, but in case there are serious defects, they will meet only a small replacement of several parts. The former owner receives a reward or a discount on a new device and a refurbished device soon will appear on shelves in the form of a “restored” iPhone.

But before that it is waiting for a replacement case and screen, as well as defective parts, such as speakers or camera. The system is in order, and is discarded before the start, so no data from previous user to detect will not work. When the device is checked for faults, it comes with headphones and new charger and is actually ready for sale. He also gets a warranty period of one year. 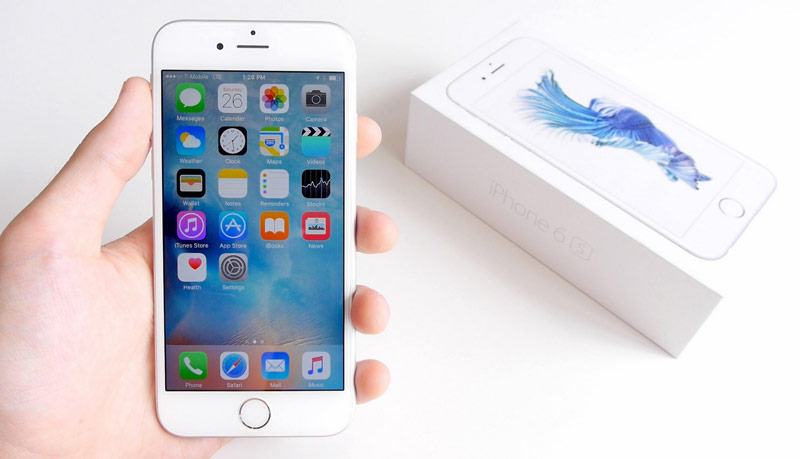 “Like new” iPhone have long been popular in the American market. In Russia they only came in the summer of last year: then it became available restored iPhone 5s, which cost retailers have almost two times less than a new device official Apple store. With the naked eye to find the difference between “restored” and the new smartphone is impossible.

In February 2016 at the Russian retail market also appeared “as new” iPhone 6. Now restored version of the smartphone with 16 GB of memory offered at 39 900 rubles. In some stores you can find new iPhone 6 prices in the area of 42 000.

Blitz Breaker – how to skip the nerves and all the hate

Among the innumerable modifications of the platform is available for the use which needs to pay extra – we will call it “a platformer for masochists”. Of course, you know what they are talking about, who spent at least five minutes of Super Meat Boy, that is not what the circus – on the Gooseberry […]

Apple refused the sharing of patents with the largest Android manufacturers

Every IT company has a portfolio of patents that it uses to produce its products or provide their partners on the agreed terms. Google announced the creation of a patent initiative PAX, the idea of which is to simplify life for companies operating mobile market. Apple refused to take part in this initiative. The patent […]