Remember one of the main attributes of childhood coloring book. A black and white booklet imprinted with the contours of images that need to fill in all sorts of colors: of course, most distant from reality. In modern children is a book of monochrome images in terms of priorities if not at the tail, then next, so they have other ways of painting. For example, interactive – there are a dozen apps for the iPad, where you original someone to paint. Or games – remember, say, a shooter where instead of bullets – balls with the dye substance. And today we have an example: racing game, simultaneously serving, and coloring. 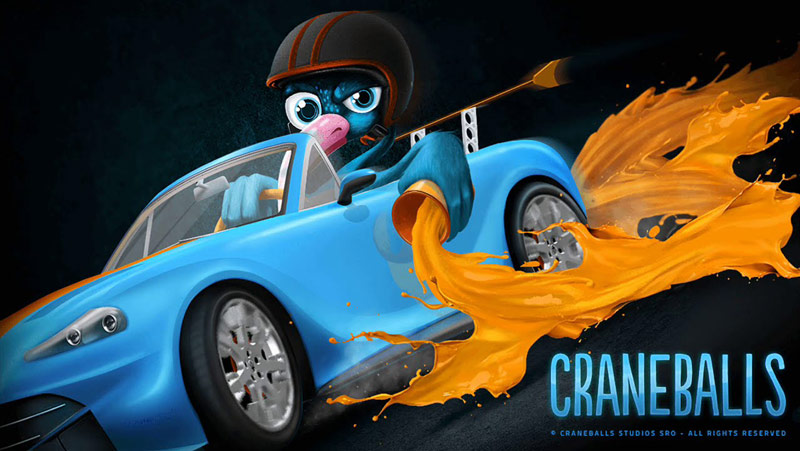 Top view, the angle is slightly cocked. Below is a small auto around which is uncomfortable, black and white world. From under the wheels of cars splashing of paint deposited on the roads, stores, fields and buildings. Your task is to paint as much space.

The noble cause is hampered by two and a half circumstances. First – as soon as you drive, you chase the police. It is not clear which Department they serve, but do it with full dedication: RAM, trying to take in the “box” and otherwise poison life. Physically catch you, they can’t, but if you bring the level of damage to one (or you bring), the end – mission failed. Second point – you’re running out of gasoline. And it is relentless. Fortunately, around every corner awaits an icon with a canister, but it still need to take. And not to forget where it is – if you go away. Ah Yes, the “other circumstances”. Control – auto drives itself, you only turn. To put it mildly – inconvenient. 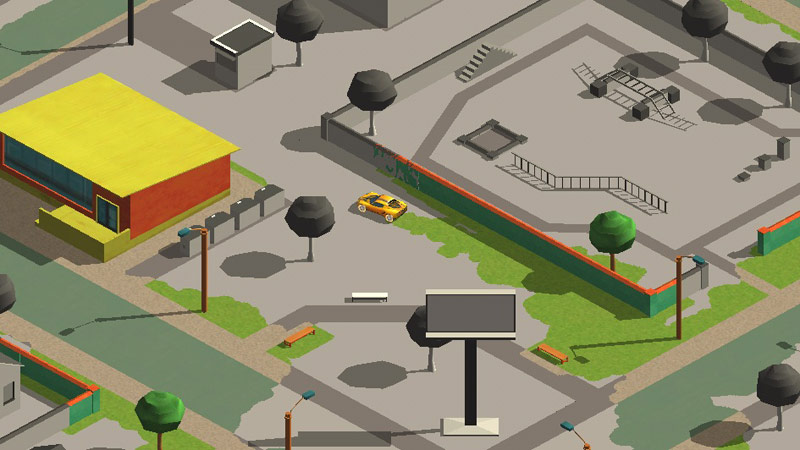 The tasks the game puts you typically the simplest. All progress is divided into three stars, from the volume of area that you will paint over it. If you walk the paint by 40%, you will only open the next card. If 60% will give money or a bonus. Finally, top star can only be obtained for 80% or even 90% efficiency. 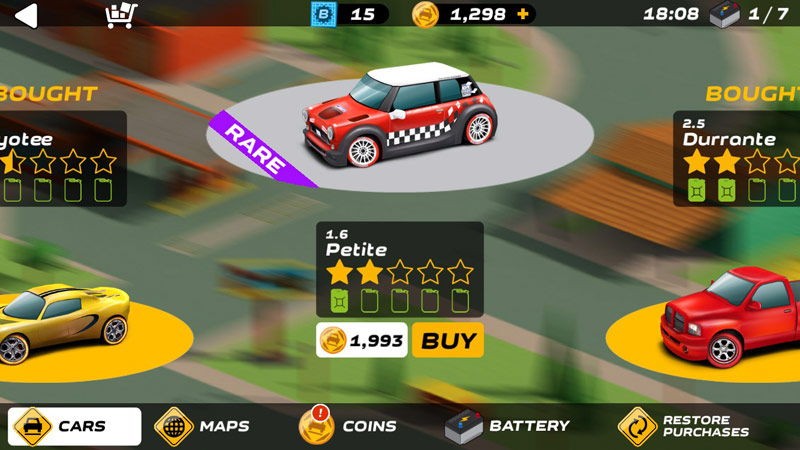 Race for the stars is not a passing fad. Here, it is really important: for bonuses you can buy a new car. Which will differ not only speed is the third case of importance – but also the volume of a petrol tank. The more fuel you can put into the car, the longer you can last in the saddle, spreading a picturesque beauty – and this, ultimately, is the goal of the game. So don’t be lazy, do not collect the posts and try to perform interim mission and will promptly update the fleet.

But with the increase in ward’s car will change and the size of the level. If in the beginning you drove around the yard of the gas station, then move to a small village, and then will paint almost in the city. Will, of course, more difficult: who knows where these in this damn city 4% who found and painted? 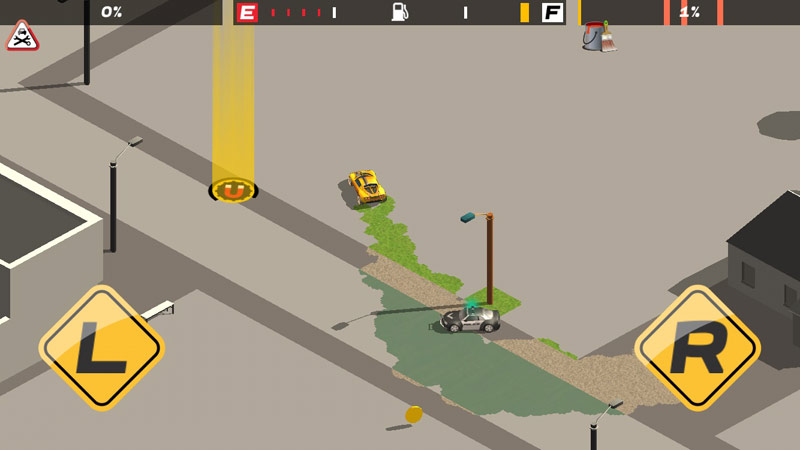 Itself Splash Cars free – money will not take. As for micropayments, it is all rather ambiguous. For one, all done in order to remove you from real money (for example, introduced a limited number of visits, returning on a timer). On the other – the game can go one skill, without resorting to a Bank card.

READ  Apple shares fell by 4.2% because of the news about the fall of the smartphone market in China

Battle of the flagships: 6 functions LG G6 and the Samsung Galaxy S8, which is not in any iPhone

The Android manufacturers remains nothing how to focus on the hardware of their devices, in the case of software, they rely heavily on Google. New flagship smartphone LG G6 and the Samsung Galaxy S8 presented in the first quarter combines all the latest achievements in the industry. Here and waterproof design, and infinite display, and […]

The legendary Chuck Norris has announced a mobile game about himself

Hollywood actor and martial arts master Chuck Norris celebrates his 77th birthday. In honor of this momentous event, he announced the mobile game Nonstop Chuck Norris. Game created by Flare Games Studio, talks about the karate master and the storm of all life, traveling through space and time to deal with the “bad guys”. Sam […]