The Federal Bureau of investigation and the U.S. Department of justice require Apple to grant access to data on an iPhone belonging to Rizvan Farouk the terrorist that killed 14 people. Although intelligence agencies say only about one particular device, a former employee of U.S. intelligence Edward Snowden is confident that the goal of the FBI – to get full access to all iPhones in circulation. This opinion he expressed in his microblog on Twitter. 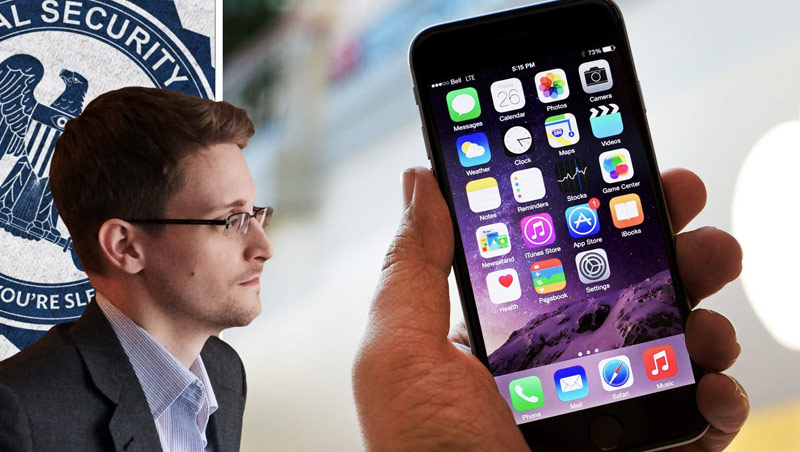 The basis for this conclusion Snowden sees in the decision of the court prescribed by Apple to provide FBI program that you can access information on the iPhone 5c.

“The technological modifications required by the FBI, will make possible the hacking of the iPhone models the iPhone 5c or older for half an hour,” said a former employee of U.S. intelligence.

In his opinion, “the FBI creates a world in which citizens rely on Apple with regard to the protection of their rights”.

“This is the most important in a decade the case concerning technology,” thus he commented on the eve of the decision announced by the court in the United States.

On Tuesday, the court ordered Apple to unlock iPhone one of the criminals who arranged the shootout in San Bernardino (CA, USA) in December last year. The company was required to disable the built-in function that erases data on your phone after 10 times wrong to enter a password. 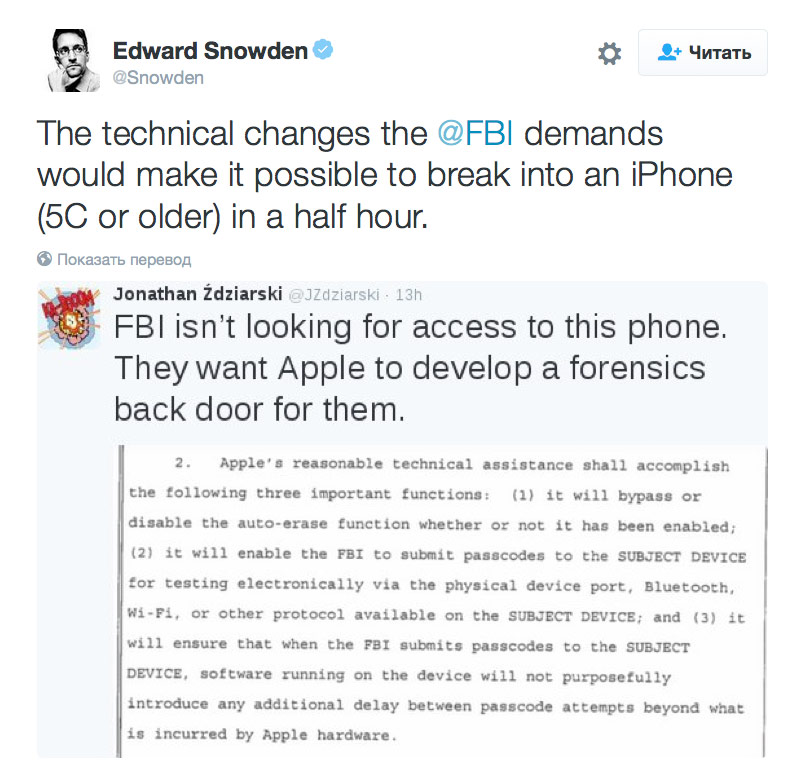 The Agency wants to be sure that the information on the device will not be affected. FBI Director James Komi said that his team failed to hack the iPhone even after two months of trying.

READ  The new version of Viber that support 3D Touch, multi window mode on the iPad and media gallery

Apple refused to grant the authorities access to your iPhone. According to the court, investigators must obtain from the developers of special software to circumvent the protection apparatus. However, in the management of the company refuse to do it; Tim cook said that the FBI is “a threat to the safety of customers”.

On this the White house responded that the FBI is seeking Apple’s help in hacking only one iPhone, and not giving them access to all the devices produced by the company. The FBI and the justice Department “do not ask Apple to change its products or has created a “loophole”. “They ask for something that would deal only with one device”, said White house press Secretary Joshua Ernest.

Earlier, the head of Google Sundar Pichai openly expressed support for Apple and the head of the company in a dispute with the FBI about the confidentiality of your information. “Forcing companies to create opportunities for hacking devices can compromise the privacy of users,” he said.

Resource GameBench comparison of four flagship smartphones – iPhone 6, Galaxy S6, HTC One M9 and Nexus 6. The subject of the comparison was the graphics performance of the device, the experts decided to install the device most suitable for mobile games with rich realistic graphics. Compare Android phones with the iPhone 6 in games […]

Telegram will soon get a built-in photo editor

Telegram founder Pavel Durov is working on a new version of the app, which will be a built-in photo editor. This was reported resource Appelm, citing its own sources. In the next version of messenger before sending picture in chat will allow you to crop, rotate, apply text, apply one of several filters or partially […]

Microsoft Outlook for iOS has received integration with Skype

At the time Microsoft bought the developers of a mail client and a calendar of Sunrise and Acompli and then combined them products within a unified Outlook for mobile devices on iOS. With the release of a new version of the client has been integrated with popular VoIP service-Skype connection. Outlook anywhere users can schedule […]