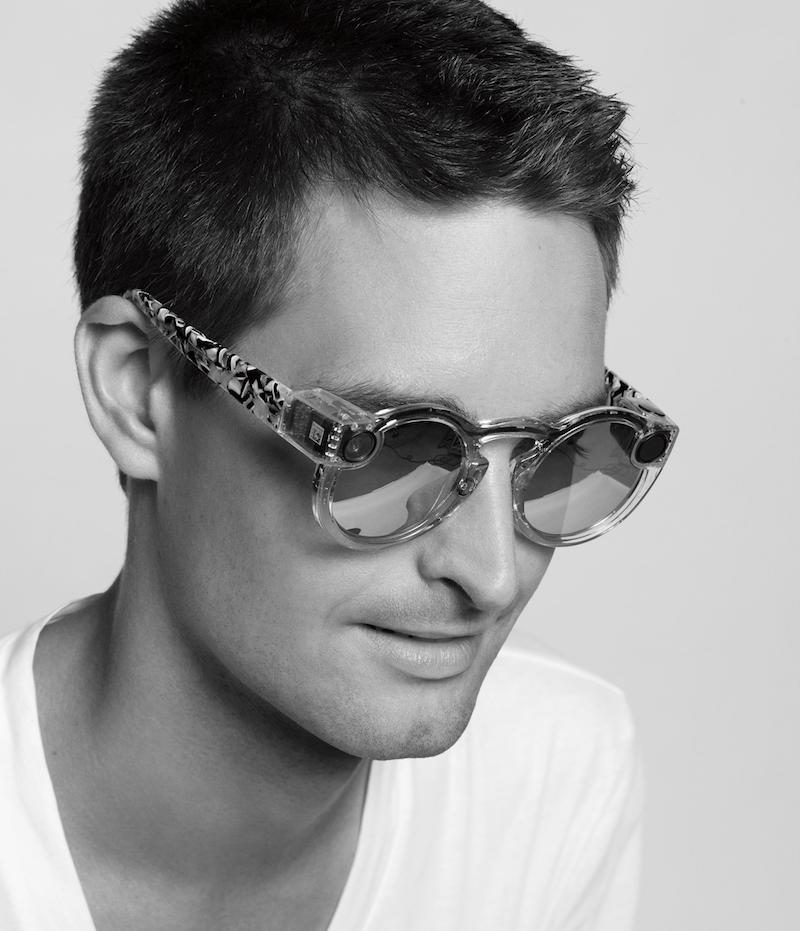 Smart glasses can record video up to 10 seconds and transfer it to your smartphone wirelessly. “We have created one of the smallest wireless video camera that lets you shoot snappy during the day on a single charge”, — stated in the description of the device.

Spectacles are connected directly to the Snapchat app on your smartphone via Bluetooth or Wi-Fi, allowing you to immediately upload captured video and publish it in the new format.

Spectacles will be a limited edition in the fall of 2016. The exact device specifications and date of release the company did not call, noting that the glasses will be available “soon”. The device will be sold only in one size, choice of colors — black, turquoise and coral.

Co-founder and head of Snapchat Evan Spiegel tested a prototype of the gadget since the beginning of 2015. On the company’s website demonstrated how to work the video playback with the points in Snapchat. In particular, it will not be a traditional portrait or landscape mode, the video can be viewed at any position of the smartphone.

The company changed its name to Snap, which is intended to reflect its beyond messenger ambitions. Earlier this year, and investors valued the startup at $18 billion.

Read also:   Study: which operating systems are popular in Russia, and who uses them

Microsoft has decided to compete with Apple and Google in the market of budget devices, where the priority are the iPad and Chromebook. We are talking about the release of a cheaper version of the Surface tablet. The updated gadget will be equipped with 10-inch display with rounded edges. Instead of a proprietary port to […]

Apple has blocked in China access to news Apple News. This was written by blogger Larry Salibra, who travelled from Hong Kong to mainland China. “They have limited access to news content that I purchased in the Read also:   Jailbreak is alive: create an improved alternative to Cydia

A few months before the presentation of the new commemorative iPhone in the network appeared the first video demonstrating the new with the included screen. At least so say the authors YouTube channel, posted the network the corresponding video. This year, Apple celebrates 10-year anniversary lineup of branded smartphones. Presented in the video smartphone generally […]