The surveillance thing is often useful, but many it seems too complicated: you buy a camera, hang it, bring the network and powered, configure some server… to simplify the process of deploying a home surveillance system enables a very unusual camera, iCamPRO Deluxe. 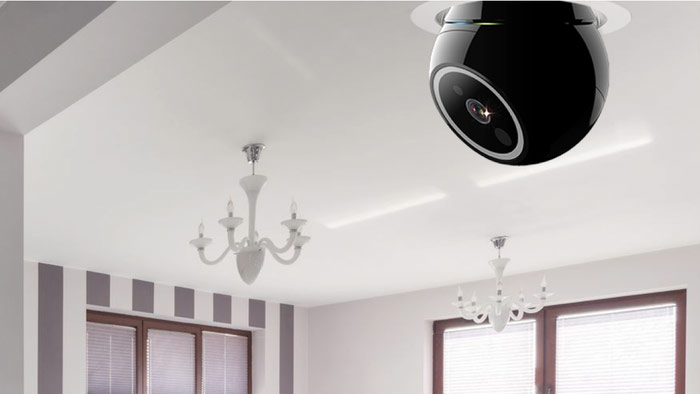 “Intelligent” camera from the company Amaryllo is to become the world’s first robotic wireless security camera. Compact device that screwed into the cartridge from an ordinary light bulb, is positioned developers as an innovative means of video recording, which can be installed at home or in the workplace.

The novelty is endowed with a motion sensor and microphone, so are able to detect the presence of the intruder anywhere in the room. When triggered one of the sensors iCamPro Deluxe automatically moves the lens at a moving subject and begins to track its movement. At the same time will be sent a notification to the smartphone of the home owner. 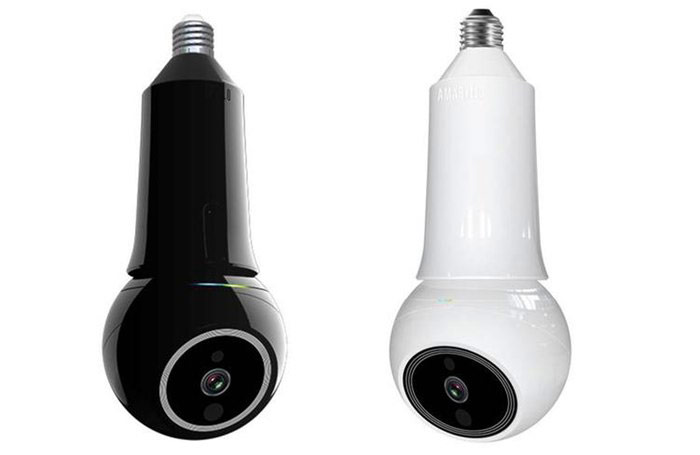 In the composition of the iCamPro Deluxe has IR illumination for night shooting, the ability to record to microSD card or to the cloud and two-way audio — if you want to contact someone in the room under observation. In manual mode, the user can rotate and tilt the optical system of the camera and use the zoom function. The control is performed via smartphones and tablets with iOS or Android. 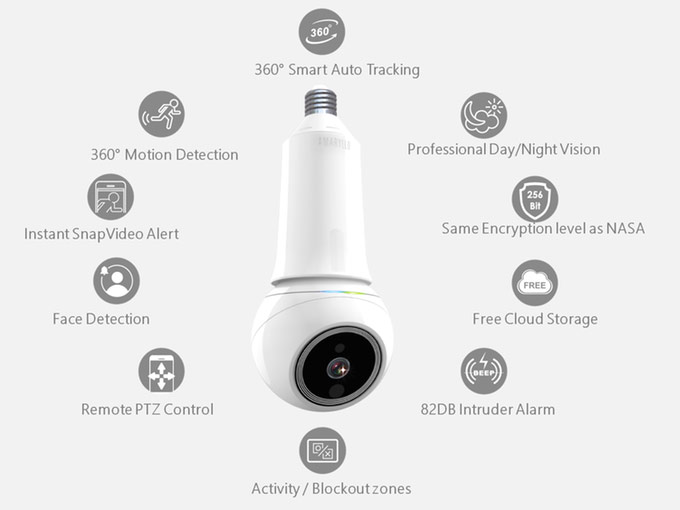 The advantages of Deluxe iCamPRO include function program facial recognition and a built-in alarm volume 82 dB. The latter is activated in case identification system “did not recognize” the user. In this case, the camera sends the owner a push notification, provided a snapshot marked with the date and time, and also will include the optional alarm siren. Video recording is up to 1080p at 30 frames per second.

Amaryllo has successfully collected required to begin production funds on Kickstarter. For $199 donors subsequently receives one copy of the iCamPro Deluxe kit with memory card capacity of 8 GB and an annual subscription to cloud services Amaryllo Cloud with unlimited storage.

Apple’s demand to suspend the program of recycling batteries

The number of lawsuits against Apple for the deliberate slowing down your old iPhone now has reached 45, but one law firm wants to go beyond just compensation. It is reported 9to5Mac. DiCello Levitt & Casey wants to force Apple to suspend the program of recycling of batteries and to keep all the old batteries […]

The legendary Chuck Norris has announced a mobile game about himself

Hollywood actor and martial arts master Chuck Norris celebrates his 77th birthday. In honor of this momentous event, he announced the mobile game Nonstop Chuck Norris. Game created by Flare Games Studio, talks about the karate master and the storm of all life, traveling through space and time to deal with the “bad guys”. Sam […]