The South Korean company Innomdle Lab, affiliated with Samsung, is preparing to launch a wrist band for smart watch that allows users to talk on the phone, tapping your finger on the ear. 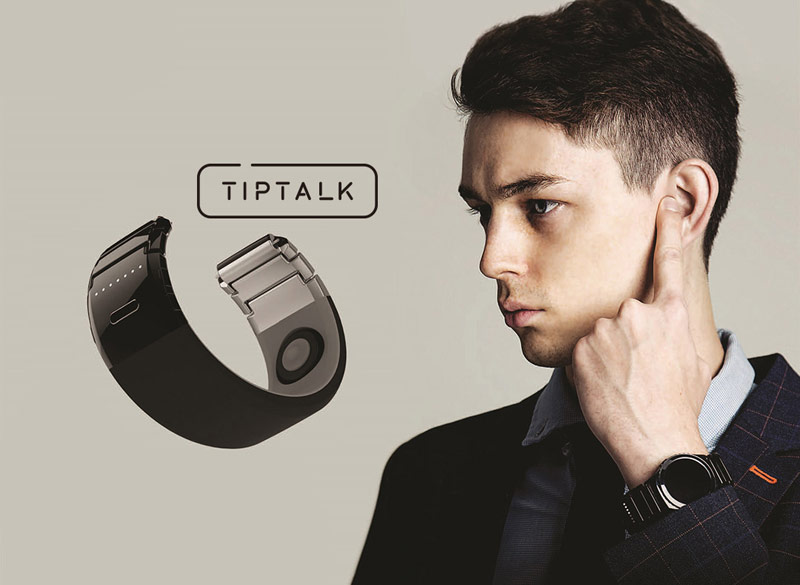 The secret of work call an IP phone is the special design of straps for “smart” watches, which were first presented to the South Korean developers in January at CES 2016 in Las Vegas. Watch connected to your smartphone, which through the “smart strap bracelet sound is transmitted to the body of the owner in the form of vibrations. Thus, tightly holding a finger to his ear, one will hear the voice of the interlocutor.

According to the developers, this device isolates background noise that allows you to talk in places with large concentrations of people, such as in the subway, at concerts or during football matches.

“The idea came up after one of my friends complained about their “smart” watches. He felt at ease due to the fact that others heard his phone conversation,” shared CEO Innomdle Lab Choi Yoon-Chul. However, to meet the interlocutors have in the traditional way, despite the smart strap.

Call an IP phone connects to a smartphone via Bluetooth and supports devices on iOS and Android. The launch of new products in sales is planned towards the end of the year.

Read also:   Apple CEO about the "ban on Muslims" trump: Steve jobs was the son of an immigrant

Apple stopped signing iOS 10.3.2 for all compatible iPhone, iPad and iPod touch. Apple dropping support for iOS 10.3.2 comes nearly three weeks after the release of iOS 10.3.3. Now users will not be able to go back to an old IOS without jailbreaking.Given the fact that for any iOS version 10.3 while there is […]

The world’s most popular messenger WhatsApp saves the conversation history even after it is removed. It was discovered by experts in the field of information security Jonathan Zdziarski. According to Zdziarski, WhatsApp for iOS deletes all of the data about the correspondence of users after they clear the chat messenger. He found that in the […]

Apple introduced new recommendations for application developers involved with cryptocurrencies. According to the Corporation, it will help to speed up the approval process and getting apps in the App Store. “Regardless of whether you are a new developer or an experienced team of programmers we are glad that you are creating apps for the App […]