On Thursday, the company Microsoft, as promised, has added free video calling version of Skype on iOS, Android and Windows 10 Mobile. While this service is available only to residents of the United States and Europe, but in Redmond plan to expand its geography to the whole world by the beginning of March.

Free video calls appeared in Skype in honor of the memorable date – the 10th anniversary of the service. Now free VoIP calls anywhere in the world have become commonplace, but for 2006 it was a real revelation.

A new feature of Skype allows you to make video calls with up to 25 users at the same time, talking in the moment, the interlocutor is displayed in the center of the screen. Previously, such opportunity was only the owners of the package “Skype for business”. For normal users were only available voice group calls.

Initially, this service appeared in the desktop version. Group chats could create only those who bought the account Skype Premium costs $ 9 per month. Since the beginning of 2014 it has become available to owners of free accounts. 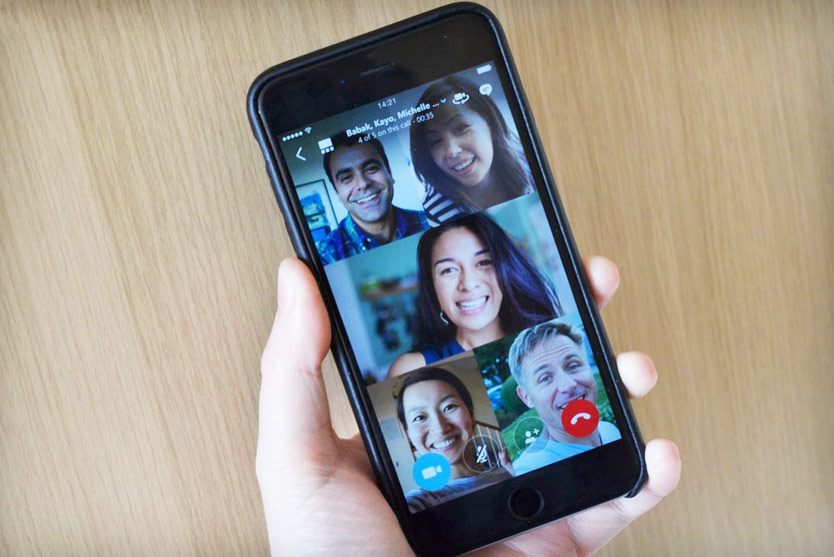 In subsequent time, Microsoft worked on improving it, primarily by raising the quality and increasing the maximum number of interlocutors. Together with specialists from Intel programmers optimized the audio codec SILK, cloud the Azure platform using servers with Xeon chips. Also they’ve reduced his already small algorithmic delay.

Competitors of videomessenger Microsoft feature group video calling is absent. Apple has not added support for the technology in corporate service FaceTime. Now the best way to arrange a group video call on iPhone using Skype.

As you know, the iPhone 7, Apple has eliminated the design flaws of previous generations of their communicators. Lens camera has become not only larger (due to aperture), but still slightly longer due to the additional lenses. He rises above the body of the smartphone, but instead of a single ring is surrounded by a […]

Apple within a few days has released iOS 10.3 and macOS Sierra 10.12.4, designed for iPhone, iPad and Mac. A sharp reduction in the time between test editions testifies to the upcoming release of the final versions of the OS. news some