Skype started testing of simultaneous voice transferring calls to landline and mobile phones. This is stated in the official blog Microsoft. 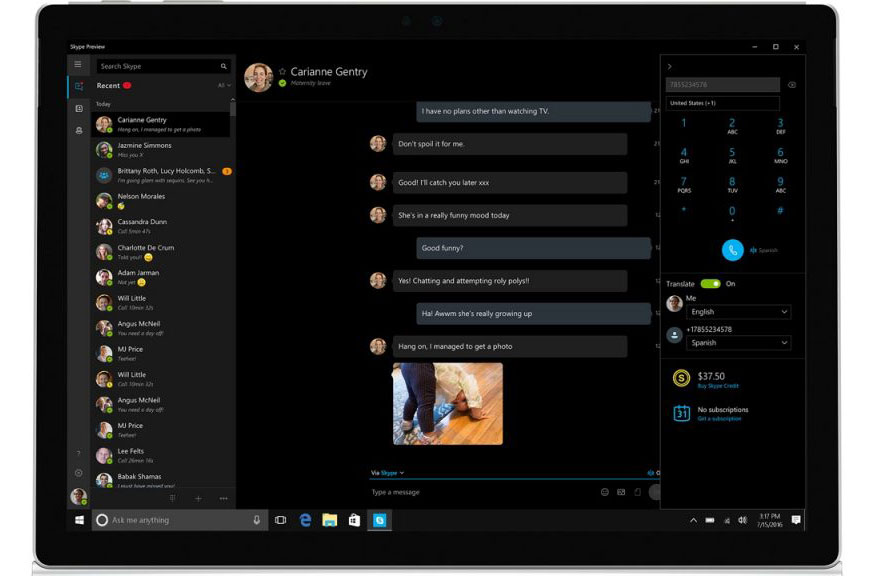 If the user could use the translation only for calls on Skype, but now Microsoft has started testing the translation in real time for calls to mobiles and landlines. This feature is available to members of the Windows Insiders – subscribers to test the new functionality in Windows. Users will also need the latest version of the desktop Skype app Preview.

For calls to landline and mobile phones from the tester should be money in the account Skype – the translation itself is free of charge, however calls remain chargeable.

When dialing, the user will see the button to turn on translation next to the call button. When holding a call-enabled translation the person who answers the call, receives a short message that the conversation will be translated.

At the moment, the service Skype Translator for calls between Skype users, it works with Russian, English, Spanish, French, German, Chinese, Italian, Portuguese and Arabic. Since automatic translation is based on the use of technology self-learning artificial intelligence, the more calls will make the users, the less mistakes over time will allow the translator.

When transferring calls to a phone number out of the testing phase, the company not misleading.

Can I play GTA 5 and CS:GO on the new MacBook Pro? [video]

Last month Apple released a new generation of “professional” MacBook Pro. It is believed that machines are equipped with very suitable for gaming components, qualifying them as “mobile gaming PC”, and can easily compete with the classic PC Windows. Videobloger Artem Dyachuk decided to find out how this is true. The basic version of the […]

VMware and Samsung announced the conclusion of partnerships with the aim of providing users with new capabilities for a unified work with smartphones and desktop computers. It is noted that many users encounter the big difference when working with apps and cloud services through smart phone and PC. The cooperation of VMware and Samsung aims […]

Microsoft is expanding the pre-assessment Office, running for Office 365 subscribers in November last year, opening access to users of iOS devices and implementing rapid cycle testing. Office Insider members who will choose a new cycle, be the first to receive innovations planned for the office Suite. In a statement published in the official blog […]