Resident cluster information technology Fund “SKOLKOVO” Verimag predstala the decision, allowing to carry out interactive sessions for large numbers of students on mobile devices without Internet. “The mobile classroom on tablets” Verimag was presented at the Higher school of management and innovations of MSU. 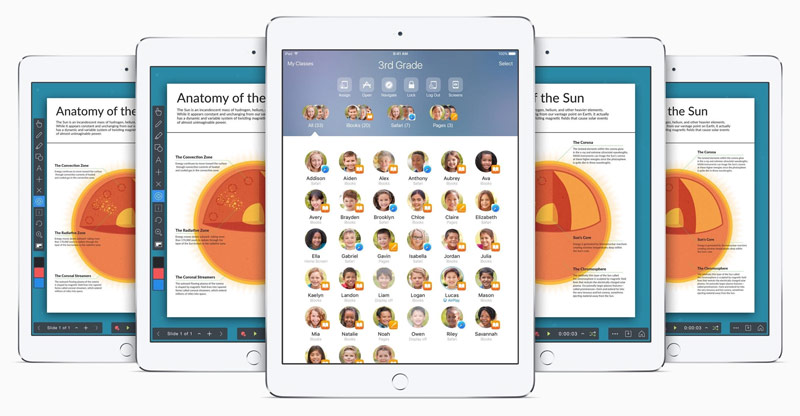 In the technology proposed to organize a network between your mobile gadgets without an external access point and Internet connection. Co-founder of the Verimag Maxim Abalaev showed the possibility of organizing an interactive lesson 25 iPad without connecting to external network devices. The demonstration was held in the format of the master class, during which the teacher has conducted a number of test audience. The tests themselves and their results in real time were shown on the projector screen.

“The mobile classroom on tablets is a technology that allows you to “go wild” in any task — told to the edition “the Newspaper” Maxim Abalaev. — Tablets make a living self-organizing “bioset”, allowing you to conduct presentations, classes, conferences, meetings in our premises, exhibitions, outdoors — anywhere. This technology is unique and interesting not only for education but also for different businesses”.

Verimag provides control student tablets and transfer statistics on the teacher’s tablet, which allows you to manage tasks for the whole class simultaneously or to give the job to individual students, to test students in real time, immediately to graphics performance, conduct surveys and exams. And, most importantly, for all this is not required Internet connection. At the same Verimag has no fundamental limitations on the number of connected devices – this means that classes can be conducted for small groups and large audiences.

Read also:   China has banned the use of LTE in the Apple Watch Series 3

“The project is interesting by the universality of its decision, — comments Pavel Novikov, head of Cloud, FinTech and EdTech cluster information technology Fund “SKOLKOVO”. — Prospects of commercialization is practically unlimited, because the applicability of the project is directly linked to the growing number of mobile device users. At the moment, the solution analogues in Russia”.

The decision Verimag will be presented at the Startup Village conference, which will be held in the innovation center SKOLKOVO on June 2-3.

4.7 inch is the most popular screen size for smartphones

A new study of the analytical Agency DeviceAtlas is intended to convince skeptics and the most ardent of Apple haters in the superiority of “Apple” products. The company has studied what diagonal and the screen resolution of smart phones are the most popular on the market. DeviceAtlas data analyzes Internet traffic in 10 countries: Australia, […]

Litigation between Apple and the so-called patent troll VirnetX Holdings Corp has been going on for several years and it seems that another lawsuit is brewing. This week, the U.S. Court of Appeals overturned a jury ruling that ordered Apple to pay VirnetX plaintiff compensation in the amount of $ 503 million for patent infringement. […]