Voice assistant Siri is available for the 5 million owners of Ford vehicles, transmits AutoNews with reference to the statement by the automaker. Previously, the system Siri Eyes Free installed on Chevrolet, Opel, Honda and other car brands. 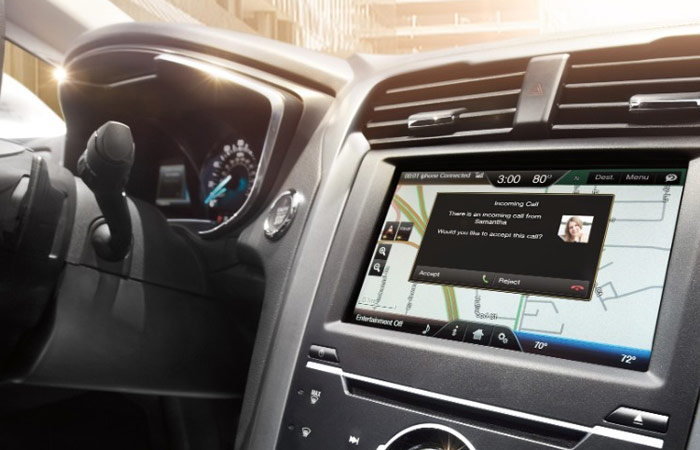 Ford has reportedly signed an agreement with Apple. Users can run it on all the cars that were manufactured after 2011 and is equipped with the SYNC system. Download personal assistant is using the application CarPlay.

Siri can be activated by long-pressing the button on the steering wheel. Following this, the driver will be able to text, make calls or search the desired number in the phone book using personal assistant. All of this is shown in a small video posted by Ford.

With the help of technology, Siri Eyes Free, drivers of Ford cars can:

Earlier American company has developed a multimedia system SYNC 3. For the first time new technology has been applied to models of the Fiesta and Escape. Unlike its predecessor, SYNC 3 is running on the new operating system, which was developed by BlackBerry. It is noted that this multimedia system has a higher performance.

SYNC 3 has received an upgraded voice recognition function, touch controls and improved graphics. Updating the system is using Wi-Fi. SYNC 3 also allows you to display on the touchscreen a number of smartphone apps.

Hackers are advised not to update to iOS 10.2 from behind closed jailbreak vulnerability

In iOS release 10.2, which is in the testing phase, developers Apple has closed an important jailbreak vulnerability, said on his Twitter account hacker Luca Todesco. He recommended that anyone who expects to jailbreak iOS device, to refrain from installing iOS 10.2. “I note that in iOS 10.2 “killed” a vulnerability to stay on iOS […]

iOS 11: how to install main frame and add effects for live photos

In the framework of the conference WWDC was the new operating system iOS 11. Currently available test version of the OS for developers, which gives an idea of what awaits users in September after the release of the final version of the platform. In 11 iOS developers, Apple has improved the Live Photos. Now iPhone […]

At the forthcoming exhibition of mobile electronics MWC 2016, which will be held in late February in Barcelona, the South Korean company Samsung, which openly competes for leadership with Apple, will introduce a new flagship smartphone Galaxy S7. And ahead of the official announcement of known informant Evan Blass announced the date of the beginning […]