Microsoft has officially confirmed that the voice assistant Cortana, which is available on smartphones with Windows Phone will appear on the mobile platform iOS. Smart technology is designed to compete with the personal assistant Apple Siri. In addition to Apple smartphones and tablets Cortana ported to Android devices. 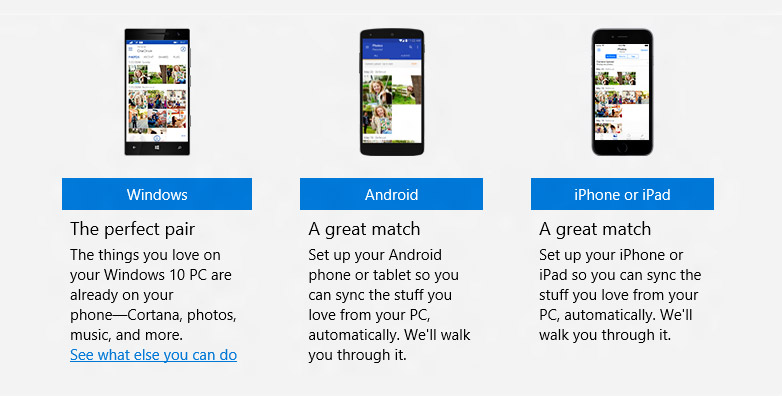 Although fully comparable with the functionality of a version for Windows and Windows Phone function on other platforms can’t, they will receive notification support. Will be reported on sports events, weather forecasts and other types of notifications available on Windows.

On Windows 10 participants of the Windows Insider program in the coming weeks will be available for ‘ Phone Companion. Its functionality for the leading mobile OS will be cut compared to the “tiled” OSes, but this way fans of Google and Apple will have the opportunity to link your Windows PC and smartphone. Working on iOS, Android and Windows Phone, the app will allow users to sync photos, sound recordings and other content.

Therefore, Microsoft is making another step in the direction of distribute my software on competitive platforms, where you have more potential clients.

Release Cortana for Android will be held in late June, the iPhone version will debut before year’s end. later in the year.

VSCO Cam, the best photo apps of 2013 by Apple, has been updated to version 4.3.3 and now boasts a full localization. In addition to the Russian language, the developers have added a translation into simplified Chinese, traditional Chinese, Japanese, French, German, Spanish, Korean, Indonesian, and Portuguese. The huge popularity of the iPhone and iPad […]

The Chinese response YotaPhone 2: smartphone Hisense A2 with two displays, AMOLED and E-Ink

YotaPhone 2 has clearly shown that our country can make a modern smartphone with decent characteristics. Moreover, a number of unique eye-catching for the market functions. However, the cost of the device, in fact, put an end to sales of the product. Apparently realizing this, the Chinese company Hisense has copied the idea of Russian […]

Apple is looking for engineers to build a new device that is associated with health. Judging by the job description, Apple needs a specialist that can help in the development of special chip to interpret health data obtained from various devices. “We need an engineer who can work c integrated circuits special purpose, which will […]