Voice assistant Siri accidentally interrupted the course of the press briefing at the White House. In her opinion, Obama’s policies in the middle East raises many questions. It is reported by the British newspaper the Guardian. 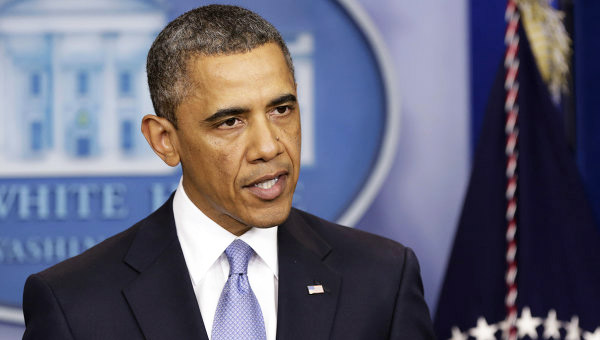 During the briefing conducted by White House press Secretary Josh Ernest, one of the journalists asked a question about the politics of Barack Obama in relation to Iran. Representative of the President asked, concerned about whether he is the fact that Obama failed to enlist the support of the Republican party. But before the question was finished, came the voice of Siri replied “Sorry, I’m not quite sure what changes you are expecting”. The assistant must have accidentally included one of the representatives of the media.

In the new generation of smartphones iPhone 6s Siri will work in the background for answering the question will not require pressing the call using voice assistant. With the launch of this feature, it is likely that such incidents will occur more often.

Now Siri works constantly in standby mode and is activated after the phrase “Hey, Siri” or similar combinations of sounds. Note that in the previous iPhone and iPad models such option is available after you connect the device to the power adapter.

Apple by the end of the year will release the Apple Watch Sport in yellow and rose gold, new iMacs and more thin and light the iPad mini 4

According to Ming-Chi Kuo of KGI Securities, referring to a reliable industry source who wished to remain anonymous, Apple lacks display with Force Touch technology, which may lead to shortage of iPhone 6s and iPhone 6s Plus. Although the postponement of the launch speech does not go: the device should be out on schedule this […]

The Live Photos – is a key feature of the new Apple smartphones. Adding photos a little animation, the user turns it from ordinary into a truly interesting and alive. The developers have found a way to transform such images into GIF files that you can send to your friends on social networks. Live Photo […]

Apple has released the final version of iCloud for Windows supports iCloud Drive. To download a free client that allows you to use the iCloud photo Library, all users of cloud services on the PC. iCloud Drive introduced at WWDC 2014, came to replace the service “Documents and data iCloud” and works on the same […]