There is an unwritten rule that says that the game came to iOS with the console or computer – is a priori better than the mobile exclusives. Often it is not, but some facts can’t argue: some of the best applications that you can run on your phone, migrated from monitors and televisions. Before you can be in the App Store, Severed has managed to make some noise at the native PS Vita – there is estimated the game cautiously, but took advantage of charm. Now Severed has a chance to hit a real jackpot – mobile standards, this project is too good. 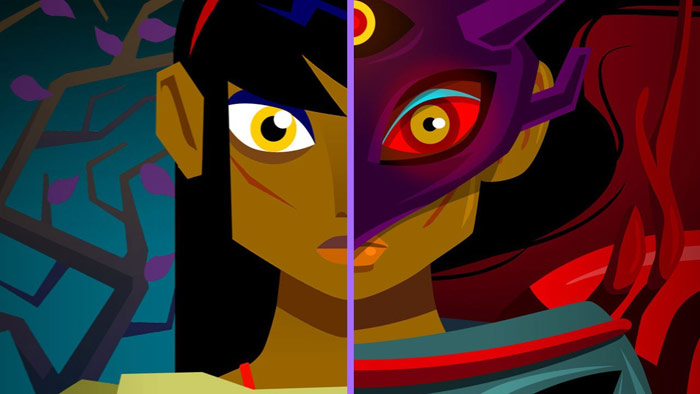 Severed begins with a murky background: with the family of the protagonist (think native American) something happened, and blame it some sort of monsters, spirits and other otherworldly evil. Thus something gives the girl a sword and she goes to take revenge – simultaneously saving the world from bad guys.

Before you strike the first blow, your head is guaranteed to flash the beacon: so, there’s something wrong. The fact that Severed looks like an animated illustration of the sleep of Carlos Castaneda – it’s just the alien design in the middle of an alien world, painted in alien colors. Grass is anything but not green, and the water – more red. And, unlike the upcoming No Man’s Sky , it doesn’t look natural – no, you realize that you are in some nightmare, perhaps even unreal reality – and in a drunken trip of the protagonist. 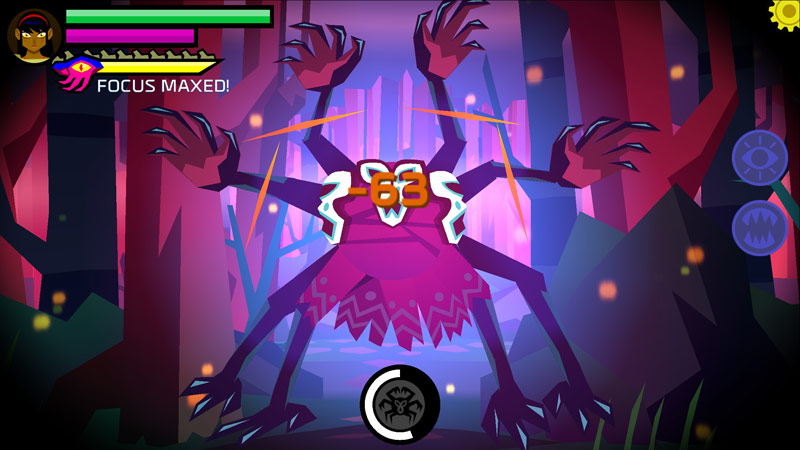 Crimson in the middle of these hills are invited to spend a few dozen hours – not Severed-mobile long and detailed. You go say from one “room” to another; at the top hangs a map to not get confused. Traveling in such a ragged way you run into enemies, closed doors and all sorts of secrets. The analogy with the Legend of Grimrock suggests itself, but of the fundamental difference in Severed not boring.

READ  IOS 9 have found a mention of the front facing camera of the new iPhone with support for 1080p, flash and Slo-mo You don’t always know where to go, door left their doors secrets are more likely to be closed than not, but still – you’re always ensured the flow of the action, you don’t feel trapped in the middle of a rotten dungeon, which is severely lacking fascinating but murky for games like Eye of Beholder. It largely works thanks to the endless fights – individual charms Severed. 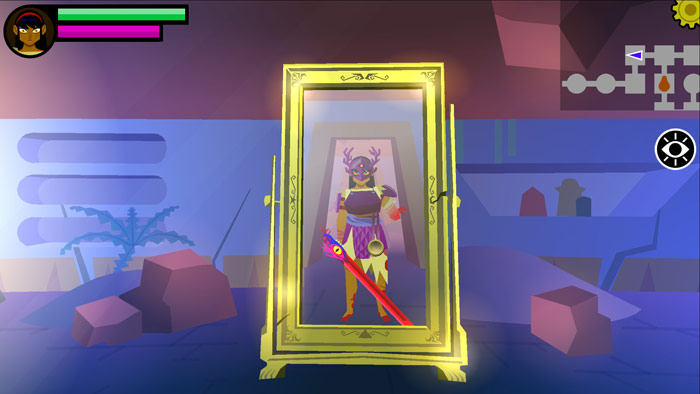 You fight swipe: strike with your fingers right, left, middle, anything to get the enemy. The nuance is that the villain puts the block and need to whip into the opposite block side. Besides – sooner or later some spider-overgrown will decide to answer you, and then you need to navigate: time to counterattack to knock vosmiletku arrogance and self-confidence.

During the fight you are typing – let’s call it flow. Flow allows the end of the battle to cut the foe in half from his left limb, which is going to pump your skills. Yes, the RPG element is not bypassed and Severed the more of the secrets of the limbs and other unpleasant things you collect, the more you will have the resources for development. The skills are simple but important: more powerful beat, to build up armor, upgrade your health and stuff like that.

Severed will cost you a considerable amount – 457 rubles. Before you start complaining, think about how much he gave the owners of the PS Vita with the local draconian prices, and then weigh all. For (almost) 500 rubles you will get a wonderful game with hours of gameplay unthinkable design, simple but decorated great script and great fights. You will unravel the mysteries of unknown places to look for keys to locked doors, to find bonus levels and, of course, a hack hack and again hack. Without, note, domestic payments. Isn’t this great.

iOS 11 contains many automatic features, concerning the initial settings of the operating system and log in to your account. This is also the case with Wi-Fi, a new mobile platform allows you to easily connect to a wireless network new device running iOS 11. The user interface resembles the process of pairing with the […]

One of the first users who are running Windows 10 on a new MacBook, claims that the new operating system is running on the laptop is better than OS X Yosemite. The Explorer edition of Computer Science Alex king has compared the user interface software platforms from Apple and Microsoft. Windows 10 runs on a […]

Photopost: the concept of the stretchable Renault Morphoz

Renault introduced the Morphoz electric car concept. Its main feature was the stretching body and the length of the wheelbase, as well as the volume of the cabin, the power of the power plant and the capacity of the batteries. The car was planned to be announced at the Geneva Motor Show, but the exhibition, […]