The displays of new generation, which Apple has patented, superior to existing analogues. The technology, developed by engineers, suggests that the image on the screens of the iPhone and iPad will be felt by the finger. Gadgets will be able to simulate the texture to convey the shape and other features of objects, and hence, will seriously extend the functionality of mobile Apple devices and will probably make it possible for the full exploitation of people with impaired vision.

In the patent titled “Touch-sensitive surface to simulate materials” (Touch Surface for Simulating Materials) the emphasis is on tactile feedback. When using the topology and the surface temperature directly under the finger varies, mimicking the texture and edges of objects. Thanks to the technology of the touch screen surface of iPad or MacBook touchpad to the touch can seem, for example, cold or warm metal, cement surface.

Of course, the shape of the protective glass of the iPhone and iPad will not change – implementation of haptic feedback is based on electrovibration. To any point on the body of the user can be discreetly applied a weak electrical signal, safe for the body, the physical effect will create around your finger oscillating electric field. It provides a simulated three-dimensional properties of objects represented on the tablet screen. 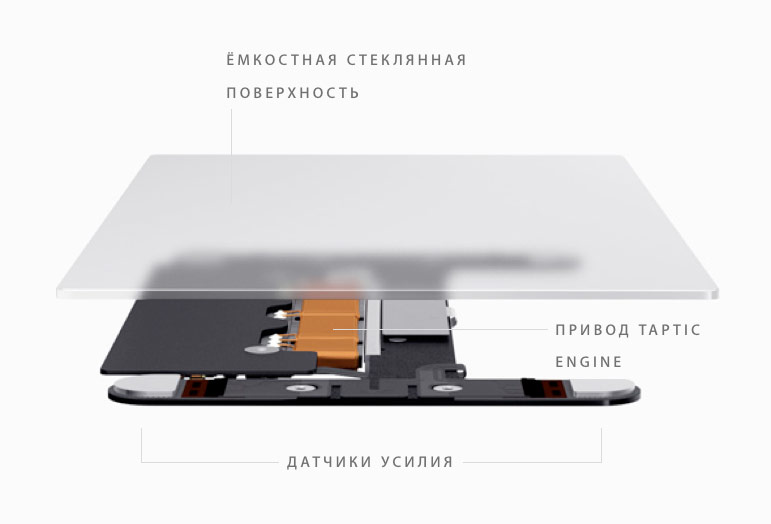 The algorithm described in the patent, determines that the friction force between the screen and the finger with the contours of the surface, which presents a virtual three-dimensional image. This ensures the adaptation of the system to the different sensations in real time. The greater the surface roughness, the stronger the vibration. When you move your finger across the surface of the vibration intensity may vary and the surface will feel bumpy. In this case a special module of temperature control can heat or cool the part of the screen where the user touches. 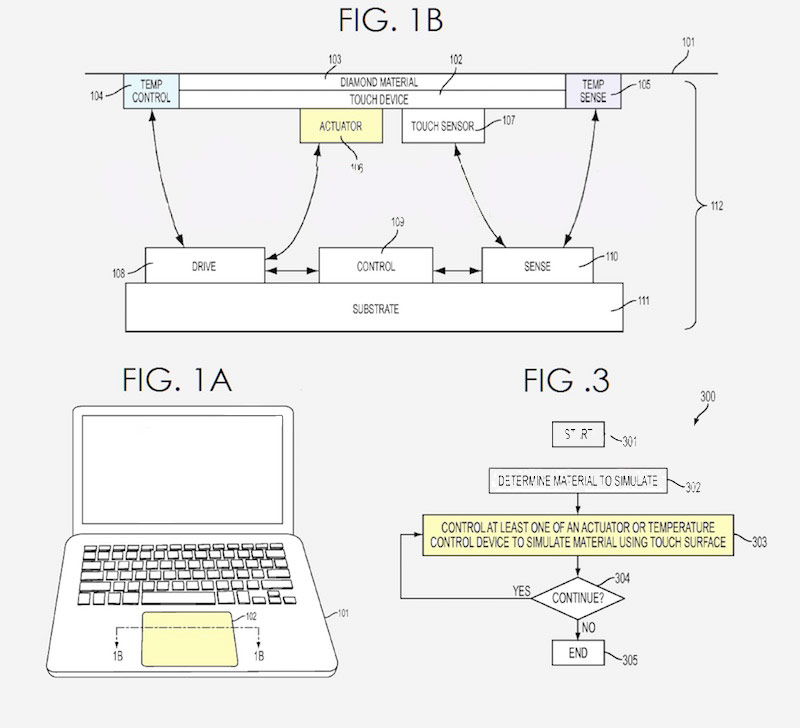 Patent application for “tactile display” Apple filed back in 2013. Of course, in Cupertino do not report what generation of iPhone and iPad will get similar technology, and I must say, from obtaining a patent before implementation of technology in practice can take several years. It is worth noting that Apple has dozens of patents on developments that are potentially intended to create new display surfaces, so that the functionality of future igadzhetov can be very broad.

Media: in the line of iPhone 7 the model will appear in blue color, grey iPhone will no longer

After the launch of iPhone SE all eyes turned to the next important Apple product, which should be the iPhone 7. We can hardly expect a radical change in the design of the phone – the device will largely resemble its predecessor. But, according to the informants, Apple will offer a brand new colors for […]

A few chips application Workflow, which needs to know all the Apple users Muisc

Tell how to control the music using the application Workflow. First, a little explanation of what is a Workflow. In fact, it’s Automator for iOS. This application helps to create a procedure that will be performed automatically by the device without user intervention. But do rules and regulations (hereinafter we call them processes), you must […]

iTunes has lots of features, most of which are unknown to the average user. In connection with the launch of a new streaming service Apple Music we will offer some tips on using popular media player Apple. In the new version of iTunes, the developers have expanded the capabilities of smart playlists. The function is […]