Sberbank wants to partner with Apple on the work piece with electronic money. American giant computer electronics, have launched their own payment service, Apple Pay, is a considerable danger to all market participants (e-money — it was decided by members of the St. Petersburg international economic forum (SPIEF). 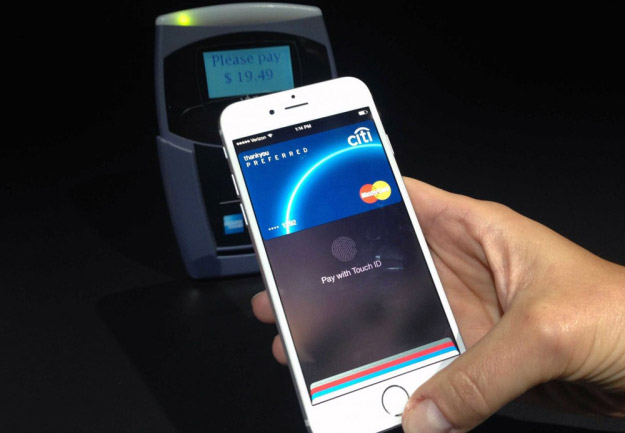 Cash in the form of chips and a complete change in everyday transactions — what waits for us in 10 years. Representatives of major Russian and global technology and payment companies in SPIEF 2015 discussed the prospects of e-wallets in Russia and in the world. They believe that Russia has all chances for rapid development in this direction.

According to the Vice-President of marketing at MTS Vasil, he is rather, there is something that distinguishes our country, ” a high turnover of cash. In the major cities of Russia about 20% of purchases are made using credit cards, said David Yang, Chairman of the Board of Directors and founder of ABBYY. It is clear that the situation in other cities is even worse, as the popularity of electronic money is even smaller than cards. But this situation will evolve rapidly, assured market participants. David La ROS, CEO of IBM in Central and Eastern Europe, said that the company is interested in accelerating the process in Russia and wants to help those who are entering this market.

For Russia, there is another advantage in electronic money: they provide transparency of transactions, and this “onslaught on the black economy, which is in Russia,” said Kjell-Morten Johnsen, head of region Europe, Telenor Group (Swedish Telecom company owns a share in “VympelCom” (TM “Beeline”).

However Apple its new Apple Pay and Google, which accumulates all the new technologies that pose a threat to other companies, noted the panelists. They came to the conclusion that it is better not to go into the ring against world giants, and try to be with them on the same side.

“Our goal as a Bank is to become their partners,” said Viktor Orlovsky, senior Vice President, digital business development at Sberbank of Russia.

David Yang cited the example of service for call Uber taxi: for taxi drivers this new opportunity, and for the classical taxis — a serious danger. “We must learn to use modern platforms, summed up David Yang. — Every business owner must decide whether he will be at the helm of the business in 10 years or not.”

LG launches in Russia, a competitor to iTunes with records as 24-bit/192 KHz

LG has announced to launch its own music service with Hi-Fi tracks in 70 countries, including in Russia. The service will work only on some smartphones, including the model of G4, G3, G2 and G Flex 2. Feature of the app is that it offers tracks in high quality — 24-bit and 192 KHz. LG […]

Apple Monday, October 30, presented the first beta build of iOS 11.2, watchOS tvOS 4.2 and 11.2 before the final release of the previous versions. With macOS, Apple decided to introduce a residual version of the High Sierra 10.13.1. Upgrade desktop operating system Apple fixes one serious security problems reported by users. Buried in the […]

How did iPhone: infographics from the creation to the release of the Apple smartphone

Apple celebrates ninth birthday. Debuted 9 years ago gadget with a touch screen and a single navigation button divided into “before” and “after” the smartphone market and created his company. Over the years, iPhone has become indispensable for their owners, subject to copying by competitors and the main source of income for Apple. But all […]