Sberbank announced the inquiry a tender to select a supplier of tablet PCs iPad different models. In total, the Bank plans to buy 21 921 Apple iPads. The maximum amount that the company is willing to pay for the device is 737,4 mln. the delivery Date indicated 6 weeks from the date of signing the contract. 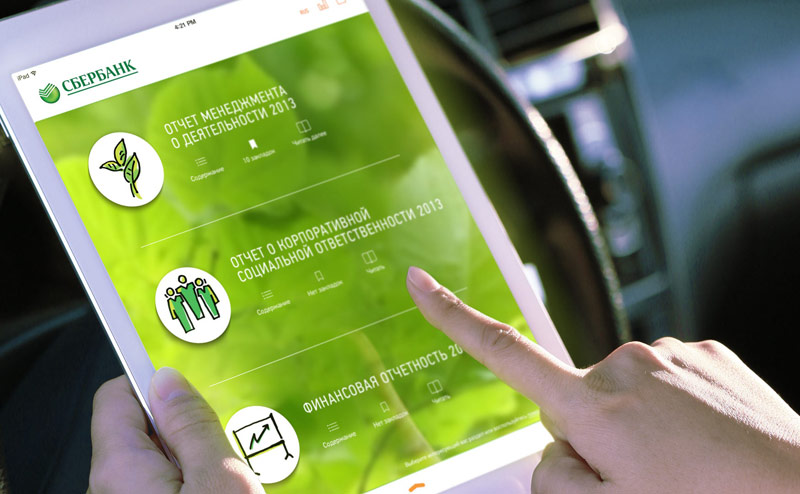 According to the data Available, the technique is intended for employees whose duties include the selling of online products and services of the Bank. Gadgets are planned to be distributed among all the territorial banks of Sberbank in Moscow, Irkutsk, Nizhny Novgorod, Khabarovsk, Tyumen, Perm, Samara, Yaroslavl, St.-Petersburg, Novosibirsk and other cities.

In particular, the Bank intends to buy an iPad Air first and second generations, iPad mini and second and fourth models with 16, 32 and 64 GB of memory.

Sberbank at the moment are unable to answer questions regarding the purchase of the iPad, including why the Bank prefers the Apple devices. In the TOR a considerable part of the purchases of the tablets contained a warning about the inadmissibility of offers of products from other brands. Representatives of Western-Ural Bank of Sberbank of no alternative demand for the iPad was previously explained by the fact that Apple products have priority “according to the criterion of compatibility with specialized software of the Bank in compliance with the parameters of high performance.”

In 2015, the savings Bank has already allocated 300 million rubles for the purchase of more than 10,000 iPads for their employees. Then the statement explained that the device requires consultants on Bank products. Tender applications will be accepted until April 13, 2016. The results will be announced on April 29.

In 2014, the Russian government said that the Cabinet refuses iPad in favor of Samsung products. The government assured that the rejection of “Apple” gadget is not imposing any restrictions or sanctions against us corporations. According to officials, it is about the devices protected in a special way, this is a technical issue.

Want to change the battery in iPhone XS, iPhone XS Max and iPhone XR? Are you going to contact an unofficial service center? Then know – Apple will not forgive this. Image from cnet.com IFixit experts have found the following. Installing a power source in a third-party SC will "outrage" iOS 12. She refuses to […]

A few months is needed by the developers to prepare the jailbreak for iOS 10.2. Utility Yalu102 allows hacking of iPhone and iPad running on this OS version. The procedure takes no more than five minutes and limited to connecting the device to the computer and boot to your desktop IPA file. At the moment […]