Official presentation of the new flagship phablet Samsung Galaxy Note 6 will be held in August this year, found a well-known seeker of leaks Evan Blass. The release date of the device is chosen: next month Apple will unveil the iPhone 7. 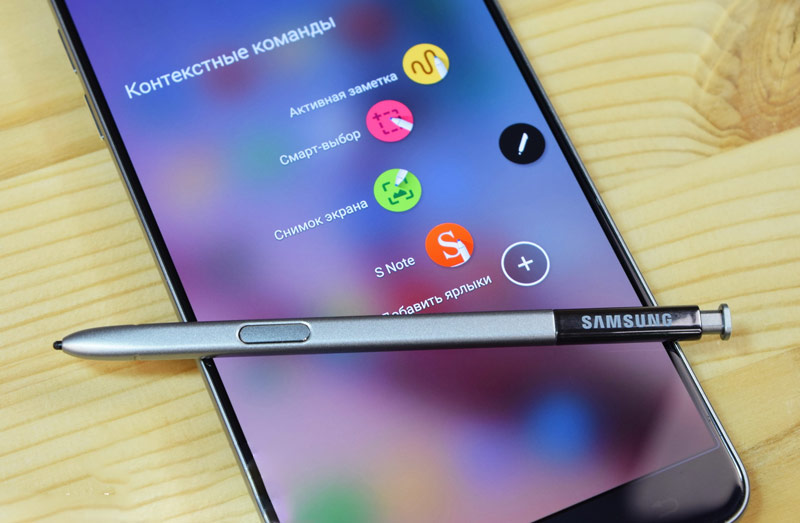 According to Blass, the issue on sale in USA for Samsung Galaxy Note 6 planned for the week, which will begin August 15, 2016. Given the fact that since the announcement to release Samsung flagships usually takes several weeks, Samsung Galaxy Note 6 can be shown at the end of July or early August of 2016.

According to rumors, the new Samsung Galaxy Note 6 will offer users 6GB of RAM, a 5.8-inch display with a resolution of 2560 x 1440 pixels, 12-megapixel main camera, a USB-C port, up to 256 GB of flash memory, battery capacity of 4000 mAh and protection from water and dust according to IP68 standard, and its performance will meet the hardware platform Qualcomm Snapdragon 823 or the Samsung Exynos chipset 8890.

In addition, there are rumors that the Koreans are hatching plans to release the light version of Samsung Galaxy Note 6, which, unlike the original phablet will be equipped with a slightly weaker Snapdragon 820 processor, 4 GB of RAM and 5.8 inch display with a resolution of 1920 x 1080 pixels.

The official presentation of the new flagships, iPhone 7 and iPhone 7 Plus is expected in the first month of spring. Last year Apple introduced the iPhone 6s/6s Plus in San Francisco on 9 September.

Users complain about problems with the App Store and Apple Music

Users on the Network report problems in the App Store. According to reports on Twitter and the official support forum of Apple, many owners of iOS-devices not available in the app store. In addition, users complain of work of the Apple Music service. It is reported that while trying to find the app in the […]

“Yandex” has released a universal Yandex.Browser for iPhone and iPad

iOS developer Coolstar has released a new version of Electra jailbreak for iOS 11.0 – 11.1.2 with support for tweaks. Tweak is a special software that extends the capabilities of iOS. It is for these people often hack their devices. Jailbreak Electra is in the testing stage, but already now it can test anyone. This […]