Although Samsung stopped the production and sale of explosive smartphone Galaxy Note 7 and announced the final withdrawal of all sold devices, many still use gadgets and not in a hurry to take them. Only in the United States, according to the manufacturer, in the hands of users remained approximately 285,000 devices. 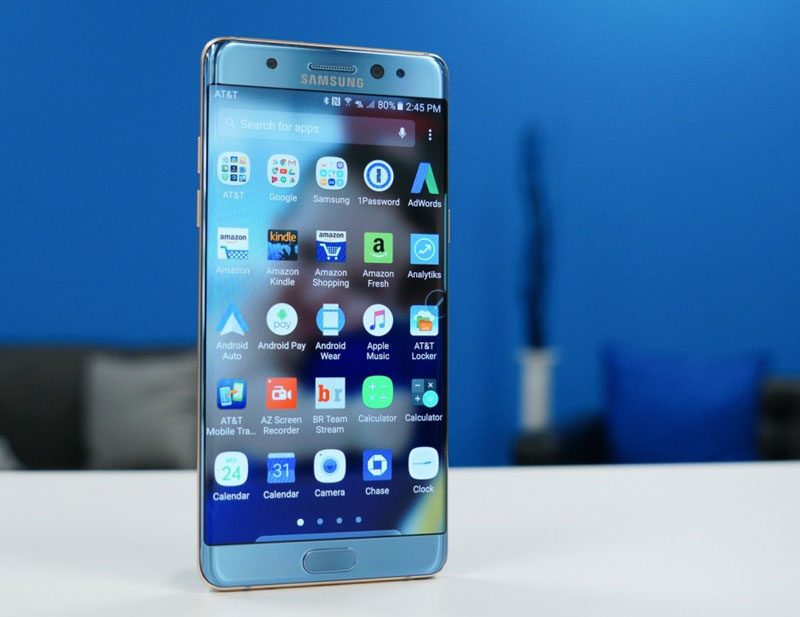 In this regard, Samsung has taken various steps to encourage the most stubborn owners of Galaxy Note 7 to hand in their gadgets. Previously, the company remotely limited to the maximum power level devices in the US 60% of the maximum possible, and now Samsung is going to completely deprive users of the ability to charge smartphones, to avoid new explosions.

This is evidenced by the notice from the operator US Cellular received one of the owners of Galaxy Note 7. It States that on December 15, the firmware of the smartphone will be updated so that the device cannot be recharged. Thus the smartphone, after some time, simply turn into “brick”. This update will affect the devices operating in the networks of other cellular operators in the United States.

Recently Samsung has taken equally strong measures to restore Galaxy Note 7, previously sold in Canada. In this country the company is forcibly turned off on the smartphones Bluetooth, Wi-Fi and cellular connection, making it impossible to place a call or access the Internet. 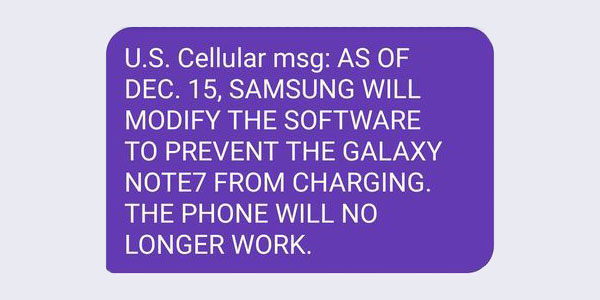 We will remind, earlier it was reported that Samsung refused to pay compensation to the users affected by the explosions Galaxy Note 7. In particular, in a class action 2400 consumers demanded damages associated with spontaneous combustion. Five smartphones owners filed separate lawsuits against Samsung, putting forward similar arguments. According to them, they suffer respiratory diseases, and suffered burns and other physical damage due to explosions Galaxy Note 7.

“We have given enough compensation and benefits to users of the Galaxy Note 7. Inconvenience, for which consumers require the payment, within quite portable,” — said in Samsung.

Next week on the website Kickstarter will start collecting money to release the world’s first modular smart watch called Blocks. British developers of the gadget twice cancelled the launch of a crowdfunding campaign. In one case this was due to protracted negotiations with the manufacturer. Blocks will work on the platform Android Wear. Their customers […]

Why Samsung, Xiaomi and Google no threat to Apple in the next year

Ambitious company is terribly behind the Corporation Tim cook. Prospects in sight – and that’s bad. Ten days later, Samsung will introduce a phablet Galaxy Note 8. It will be very different from last year’s version not only reduced risk, but also the design. Honestly, the Note 8 is so similar to the increased Galaxy […]

The differences between the iOS and Android version of ICQ

Team messenger ICQ figured out how to use the app for iPhone and Android smartphones: which is not good for ICQ, what Wallpaper and stickers prefer, how often you call on video. Differences between iOS and Android users was more than the similarities. The most popular iOS smartphone among users of ICQ was the iPhone […]