Samsung has announced a campaign for Russian buyers of its flagship smartphones. When you purchase the Galaxy S6 and Galaxy S6 edge, the company now gives free flights to Europe and back. The promotion is valid until 31 July 2015. 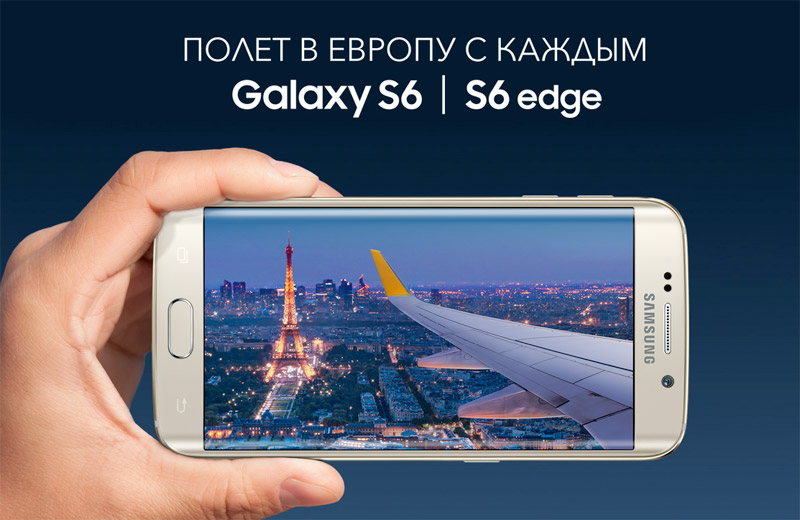 To get a ticket, you must buy gadget in the cabin, which is the partner of Samsung. Then the buyer should go to the company website, register your IMEI and specify three desired directions of departure and three desired dates of travel. The flights are scheduled flights of foreign airlines are members of Skyteam and Staralliance.

Marketing efforts of Samsung in Russia is justified. Although immediately after the release of Galaxy S6, the Network appeared in many publications regarding of the Korean giant is ramping up production due to high demand, it was later revealed that sales of the device are inferior to the predecessor. 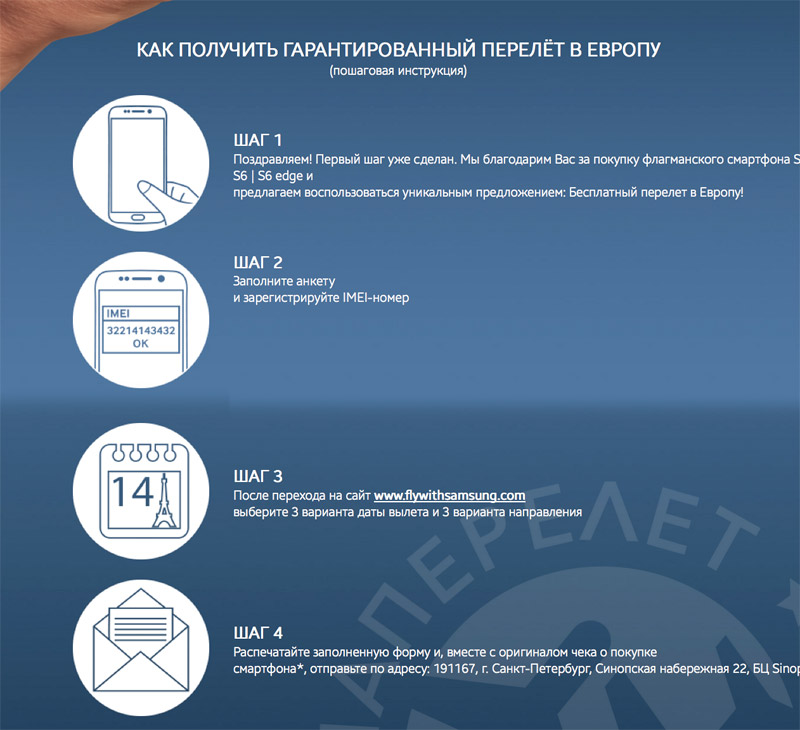 According to sources in the Russian retail in the first days of sales (started April 16) Galaxy S6 and Galaxy S6 edge have been bought for less than the Galaxy S5, which appeared in Russia in April 2014. Demand fell in almost all regions, including in Moscow. According to employees of several retail chains, on the first day in stores sales of Galaxy S6 and Galaxy S6 edge was twice lower than the Galaxy S5, as compared with the previous flagship, Galaxy S4, – 7 times.

Read also:   "Beeline" announced the launch in Russia of the messenger Veon with calls, news and special offers

Flagship Samsung smartphones in Russia is rapidly getting cheaper. For two months the price has fallen more than 30%.

At the end of last year entered the market the first devices compatible with the platform home automation HomeKit Apple. As it became known, to control the devices “smart” home with iPhone and iPad, Apple will develop a new HomeKit app. The HomeKit platform is designed to control the smart devices that was introduced with […]

The company Diginnos introduced the personal computer, made in the form factor “stick”. Device Stick DG-STK3 Pro with a length of 11 cm and a weight of 40 g. running on Windows 10 Pro and can start the corresponding application.   PC-FOB was designed from the outset for maximum portability. According to the manufacturer, the […]