An unusual Samsung patent was found in the bowels of the US Patent Office. According to him, the company is developing lenses with augmented reality.

The essence is this: the lens projects an image sent to it directly from the head unit. It can be, for example, an application on your mobile phone (a word I remembered!).

How does it work?

The head unit sends information to something like an antenna connected to a capacitor that feeds the entire lens “stuffing”. In addition to these two elements, the lens will also have a display unit and a control unit. The latter will control the information received in the lens, which can be obtained from the thin-film camera and motion sensor, also built into the lens.

All this stuffing will be “rolled up” into the hydrogel from which the lenses are made. According to the patent, all of them will be enclosed in a special encapsulating layer that combines all the functional elements of a smart lens. 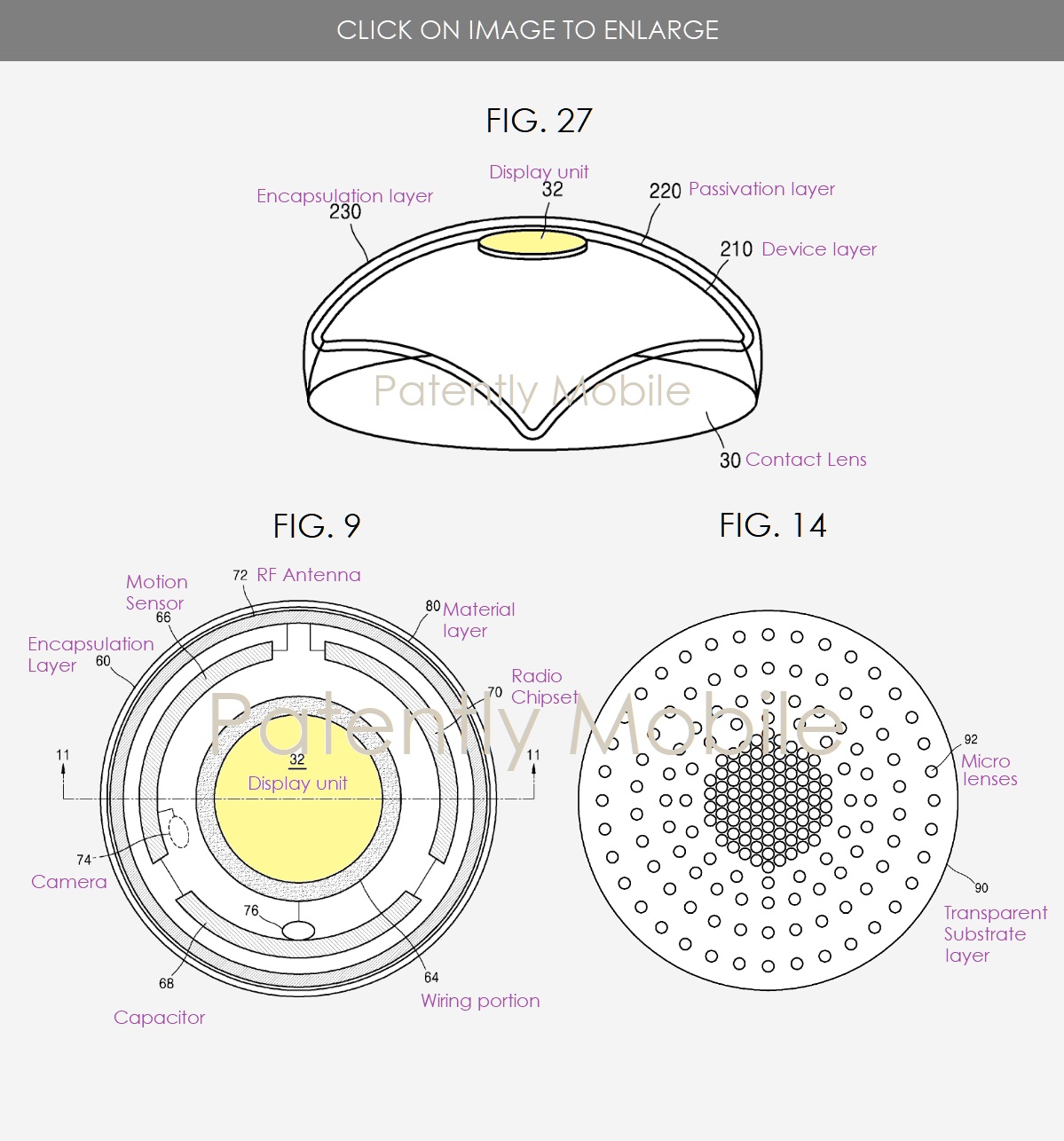 The information display unit can be located both in the contact lens itself and on its surface. Thus, as Patently Mobile believes, the field of view of the lens can be much wider than that of smart glasses like Google Glass.

Earlier it became known that scientists have developed a prototype of a “smart” lens that can double the image:

It is not yet known whether Samsung will put the idea of ​​a smart lens into reality. The fact is that the initial patent application was filed already in March 2015, but it was approved only now. But it looks interesting.

READ  What would I give myself after IFA 2019

Great Jerome Ortega has tested the smartphone Samsung Galaxy S7 edge, comparing its performance with competing iPhone 6s Plus, Moto X and Nexus Pure 6P. The journalist emphasizes in the beginning of the video that will not pay attention to technical characteristics of mobile devices (memory, processing power, etc.), focusing exclusively on the subjective perception […]

Why iMessage will never appear on Android

Before the start of WWDC 2017 hours. In the network, a lot of rumors about software and hardware innovations that Apple will unveil at this event. In October last year there was quite an interesting leak. John Gruber reported, citing its own sources, the company is testing a version of iMessage for Android. Apple has […]

Published an official image of the Samsung Galaxy S8

Blogger Evan Blass again reminded of the upcoming announcement of the smartphone Samsung Galaxy S8. He has published the press render of the smartphone, the debut which will take place March 29. Display the event date and new Wallpaper, you can assume that this is the final image, leaked from official sources. In the framework […]