Users have a reason to think about whether to buy Galaxy Note 5, in addition to the lack fableta slot for memory cards microSD and removable battery. In his quest to give a new look tabletu Samsung radically changed the design and a digital Pen S Pen. In this regard, the user runs the risk to break the PC, if you insert the S Pen into the slot the reverse side. This fact became known in August of this year. As it turned out, Samsung with all seriousness approached the problem and now placed on the packaging a warning about how to properly place the stylus in the slot. 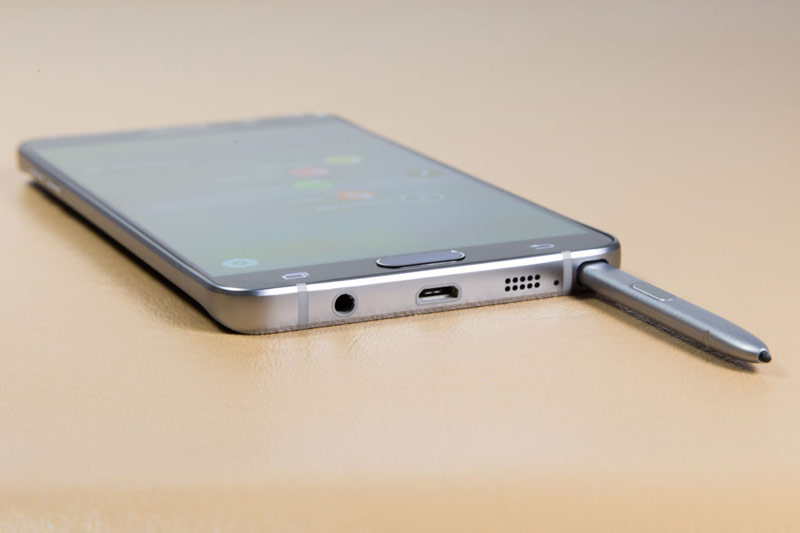 Unlike the previous model Galaxy Note, to retrieve a digital pen fableta Galaxy Note 5 uses a spring-loaded mechanism. However, unlike its predecessors, the Galaxy Note 5 no protection against incorrect installation the S Pen. In the best case, if we can extract after this, the stylus will be a broken spring mechanism and lost some functions. Much worse, if the stylus gets stuck in the nest, and you will have to contact the service company for repair of phablets.

Given that we are talking about one of the main parts of the design of Galaxy Note 5, it is very important to fix this defect. However, Seoul is in no hurry to change the mechanism design of the stylus: Samsung limited print on the protective film with a warning about the need to monitor the correct installation of the S Pen. 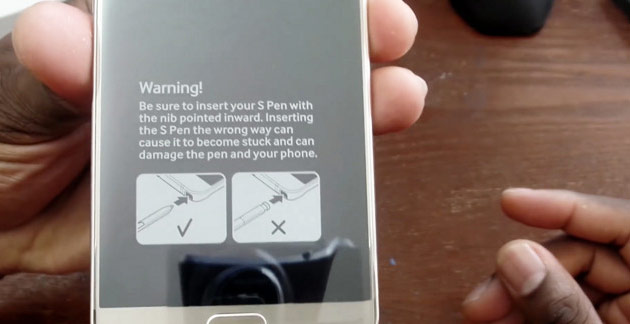 “Make sure you are inserting the S Pen facing the correct direction. If you put the S Pen back he could be stuck inside the case or damage your phone,” reads the inscription on the film.

Disassembly of the Galaxy Note 5 has shown that the slot for the stylus has two levers of fragile material. One of the levers located at the top phablets. He aligned with the recesses present on the stylus near the bottom. It fixes the stylus after it is inserted into the slot. The second lever is located below. It determines the stylus is inserted in the slot or not, and runs software based on the location of the stylus.

Inserting the stylus back users break the second lever, and therefore it ceases to function, run ON, as the lost opportunity to detect the stylus in the groove or not. Disassembly indicated that the lower control arm is easy to break and difficult to repair. So Samsung is easier to replace the unit than to repair the broken component.

Media: Galaxy S8 will get the new design, voice assistant with artificial intelligence and display “edge to edge”

Vice-President of the division of Samsung mobile devices If Ken-tai made a small statement regarding the Galaxy S8. The company confirmed that they are working on a new flagship phone and revealed some features of the device. On Thursday during a telephone press conference Whether Ken-tai announced that the Samsung Galaxy S8 will be different […]

Thanks to a sensor with a small aperture, the smartphone will be able to make great pictures in the dark. Cameras in smartphones are getting better with READ  Published photos of the first smart watch Meizu

Videofact: iPhone 6s met with a Ducati motorcycle in a crazy crash test

There is a category of users for whom to set up a new iPhone — a sacred duty. This is so. MacDigger wrote about the tests in the fall and flexion, which appeared in the first days after the start of sales of iPhone 6s. At this time we are talking about the next experiment […]