Wireless charging is starting to penetrate into our daily lives. If at first it was only on special supports, now you can buy furniture and cars that act as a transmitter for wireless charging of smartphones and tablets. 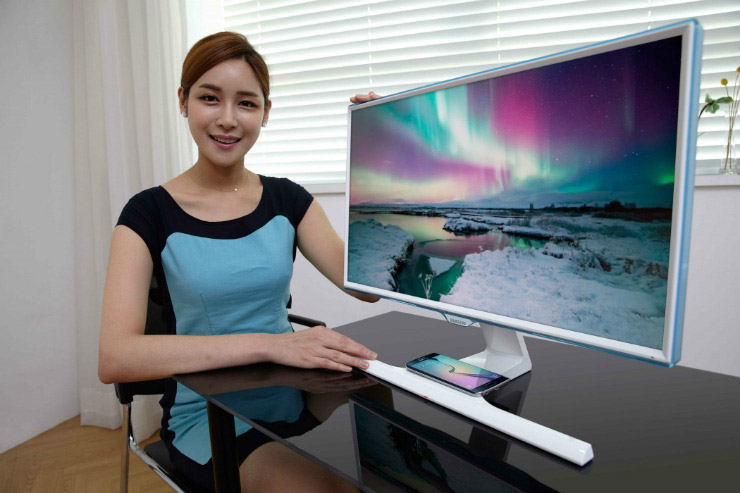 On Monday, Samsung announced the world’s first monitor with built-in wireless charging. In models series displays SE370 with a screen size of 24 and 27 inches in the stand, placed the pad on which the user can put a mobile device that supports Qi standard inductive energy transfer.

“Thanks to the monitors S24E370DL and S27E370DS, charging your mobile device will cease to be a sort of nightmare with widely scattered cables and power adapters, said in a statement Samsung. All you need to do is to put the smartphone or tablet on a surface and it will begin charging automatically. This is achieved through integrated into a docking station Qi standard, allowing you to charge not only Samsung devices but also many other compatible with standard devices.” 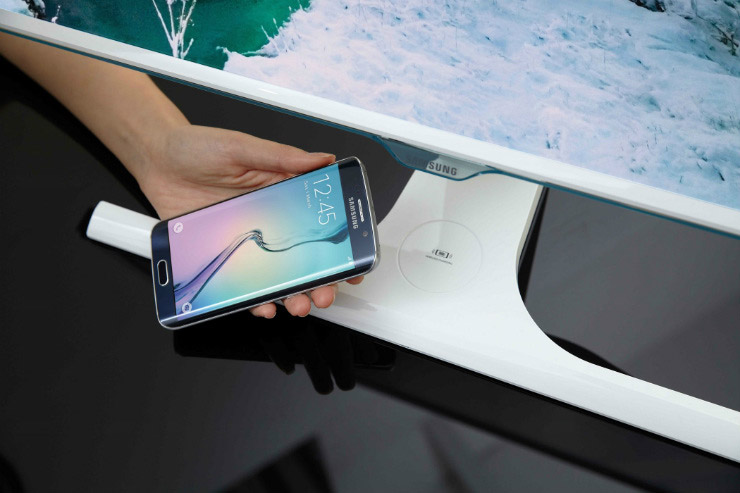 Technical specifications of monitors S24E370DL and S27E370DS provide viewing angles of 178 degrees, brightness of the matrix at the level of 300 CD/m2, resolution 1920×1080 pixels. The exact timing models on sale and retail price is not yet disclosed, but to see the device will be live at IFA 2015 in Berlin.

Last month the organization of the Wireless Power Consortium announced the creation of a new version of the specifications Qi wireless charging involving the use of three times more power than existing chargers. In such capacity 60% capacity of the battery should be filled with energy for about half an hour. This figure exceeds many wired charging.

What to buy: iPhone 8 or iPhone X

Apple unveiled three new iPhone: 8, 8 Plus, and X. each phone has its pros and cons, which we now describe. Why you might want to buy an iPhone 8: iPhone 8 is the first Apple smartphone that supports wireless charging Qi. Apple also introduced a wireless station of AirPower, which can simultaneously charge three […]

Abbyy has announced a new version of Abbyy business card scanner Business Card Reader for iOS. Now iPhone owners can recognize business cards and save the data almost instantly, thanks to technology Autolock and auto-recognition of business cards. To obtain a digitized contact in the previous version it was necessary to do several steps: take […]

Notorious analyst Ming-Chi Kuo of KGI Securities, who has repeatedly made accurate predictions on sales of Apple products, spoke about the new flagship smartphone Samsung. According to experts, the Galaxy S8 has no chance to beat the sales of its predecessor, the Galaxy S7 because of the lack of attractive features and the upcoming release […]