USB connector-C is still a rarity. The market already has a 12-inch MacBook, Chromebook Pixel and a number of other portable gadgets, but they can be counted on the fingers. As it became known, the flagship phablet of next generation Samsung Galaxy Note 5 will be transferred to the rails of the USB-C. 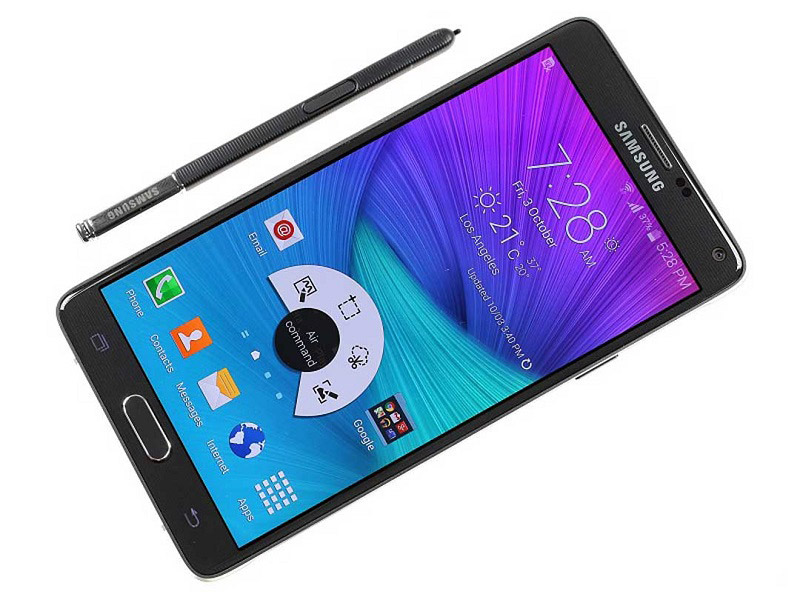 This port has several advantages over traditional interfaces. First of all, as is the case with Lightning cable to USB-C can be connected by any party. Secondly, a large bandwidth with a top speed of 10 Gbit/s allows you to broadcast 4K video on the screen of a TV or monitor without any delay. Thirdly, the charging is much faster – thanks to the support of charging with a current of 1.5 and 3 amps – and possible routes, that is, the smartphone can act as an external battery.

Previously it was thought that the Galaxy Note 5 will get a screen with a resolution of 4K, or Ultra HD, but the display with the same matrix, the device does not Shine: it is too early for commercial implementations. So the device will be limited to the Super AMOLED panel with a resolution of Quad HD, but slightly increased to of 5.89 inches diagonal.

The processor for the Galaxy Note 5 is selected the Samsung Exynos chipset 7422, he slightly improved modification of the Exynos 7420 in Galaxy S6 and Galaxy S6 Edge, although some engineering samples of the device are tried based Exynos 7430. However, it is unlikely the last crystal will be ready for release phablets.

The battery capacity of the device is increased to 4100 mAh, the product will be enclosed in the body thickness of 7.9 mm. For comparison, the current Galaxy Note 4 3220-mAh battery comes with waist 8.5 mm. Complete the S-Pen stylus will definitely be improved, and the operating system will make Android 5.1.1 Lollipop with the shell TouchWiz.

By the way, a few days ago there was information that Sony does not intend to use USB connector-C in their smartphones. In the company there is an ongoing debate regarding the need to implement such a solution, but so far the plans of the Japanese manufacturer a few other. In particular, Sony will continue to reduce the thickness and weight of their vehicles, as well as improve camera gadgets.

Apple re-launched the campaign Back to School. In the course of it, all buyers of Mac and iPad will get the Beats headphones. Every year in mid-summer Apple offers students to buy an iMac, MacBook Pro or iPad complete with wireless headphones Beats Solo 3 21 390 rubles, Powerbeats 3 14 290 rubles and Beats […]

This week, Apple for the first time in a long time updated line of tablet computers introduced a budget 9.7-inch iPad and shut down production of the iPad mini 2 and iPad Air 2. Over the past few years the tablet market has changed a lot and mostly for the worse, as sales of the […]