Samsung is confident that sales of its new flagship smartphone Galaxy S7, Galaxy S7 edge will be higher than its predecessors. In this regard, the South Korean giant has planned a production of over 17 million branded devices. 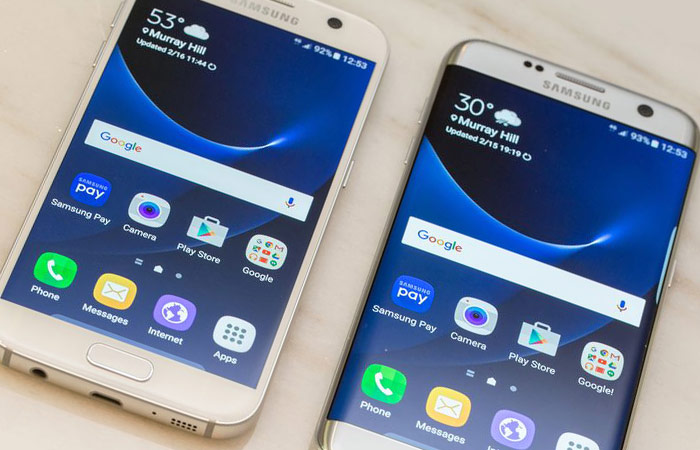 According to the publication ET News, in February, March and April 2016 Samsung intends to collect 5, respectively, to 7.7 and 4.5 million units of Galaxy S7, Galaxy S7 edge. Thus, for three months it is planned to produce and possibly sell 17.2 million tubes. For comparison, during the first three months after appearing on the market Galaxy S6 and Galaxy S6 edge their shipments totaled 15.8 million units, and shipments of the Samsung Galaxy S4 for the same period were 15.2 million copies.

Edition called Galaxy S6 and the Galaxy S4 the most successful smartphone from the Samsung Galaxy S. the sales model of the Galaxy S5 are not shown.

In 2015 for every four shipped Samsung Galaxy S6 was only one Galaxy S6 edge. The demand for the model with curved edges display last year was greater than expected Samsung, so this year with each of the three Samsung Galaxy S7 in the stores will go two Galaxy S7 edge.

At a press conference MWC 2016, the head of the mobile division of Samsung Dongjin Koh said that the company expects higher demand for smartphones Galaxy S7 compared to the predecessor. “All of our customers and partners expect a lot from Galaxy S7”, — said a top Manager of Samsung.

Samsung has started taking pre-orders on the Galaxy S7 and S7 edge in Russia. The smartphone is available in three colors – “black diamond”, “dazzling platinum” and “titanium silver”. Samsung Galaxy S7 is available at 49 990 rubles, Galaxy S7 edge – 59 990 rubles. The official start of sales is scheduled for March 18.

In the beginning of April, Samsung has opened pre-orders for the new smartphone Samsung Galaxy S8 and G8+ READ  New “plastic” flagship Acer Liquid Jade Primo on Windows 10 will cost as iPhone 6

“Sberbank” has received a monopoly in Russia to use the Apple Pay service. It is reported RIA Novosti citing a source in the banking market. Since the beginning of November it will connect a number of other large banks, including VTB, Alfa Bank, OTKRITIE, Tinkoff Bank, Raiffeisenbank. Sberbank announced the exclusive launch of Apple Pay […]

LG will supply OLED displays for iPhone X Plus

LG Display will produce 2-4 million OLED displays for iPhone X Plus. This will allow Apple to reduce reliance on Samsung and possibly reduce the prices for parts, writes the South China Morning Post. The first OLED screens from LG Display will be used in one of the new iPhone models this year, said the […]