Samsung tries to win at least a moral victory over his main rival in the mobile sphere. The company launched a series of promotional videos under the motto “Not all smartphones are created equal.” In two videos Korean manufacturer compares the functionality of the Galaxy S6 edge and iPhone 6. 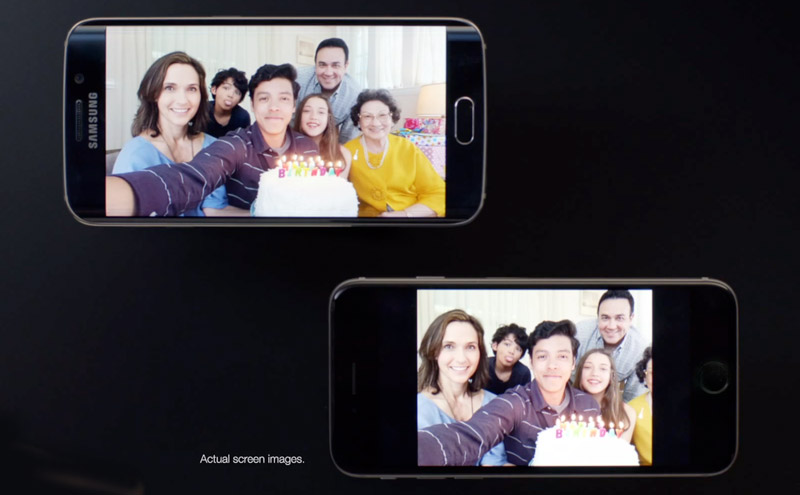 In the first advertisement demonstrates the capabilities of Samsung curved screen Galaxy S6 edge. The unusual shape of the display justify several functions: “Edge-lit” o on a curved part of the screen notifications for missed messages or calls; “Information flow” is displayed on the curved screen data from Twitter, Yahoo! News and other channels and “Night watch” – display the clock and date on side display in standby mode. “iPhone 6 displays nothing, but it does have the function of vibrating alert,” says the VoiceOver.

In the second clip as the superiority of the Galaxy S6 before the claimed iPhone 6 built-in wireless charging and a wide angle selfie. The motto of both rollers: “Simple arithmetic – 6 > 6. Galaxy S6 – Not all smartphones are created equal.”

Alcatel has launched in Russia, the official online store and have announced a 30% discount on smart watches OneTouch Watch

Alcatel has launched in Russia, the official online store for the sale of branded products. On this occasion, the company is conducting a special campaign. In the online store Alcatel offers a wide range of phones, smartphones and tablet computers under the brand Alcatel OneTouch. In addition, one can purchase a smart watch, the OneTouch […]

Microsoft is developing an iOS app for voice playback news

Microsoft is testing a new mobile app NewsCast, which is designed for voice playback news. This became known Neowin. An application designed for smartphones iPhone, read short news reports of 30 seconds, and you can adjust the ratio of local and world news. According to the developers, the service is intended to provide the opportunity […]