Russian mobile operators have prepared an LTE network to provide VoLTE services. This is reported by “Vedomosti”, which conducted a survey of communication providers. To start service, however, does not allow the imperfection of the legislation. 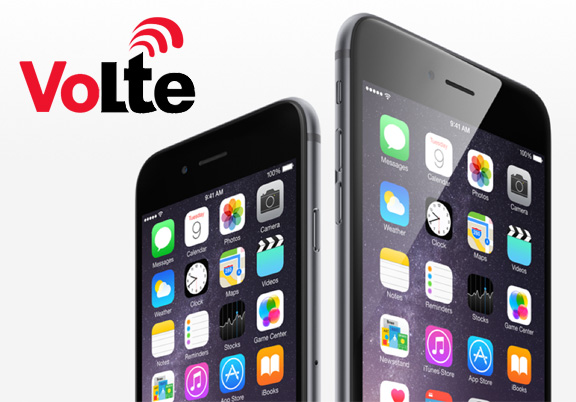 Technology is Voice over LTE, or “voice over LTE”, allows you to transmit voice as data packet together with the Internet traffic on LTE networks. MTS tested cloud platform Ericsson to enable VoLTE, without changing the software and hardware on each base station, and were satisfied with the test results. The budget for implementation of this decision’s representative Dmitry Solodovnikov’t call, noting that he may be small in comparison with the installation of new base stations and costs are reduced to buying additional software. In test mode VoLTE is already working in Moscow and St. Petersburg in 2014, he recalls.

Technically is fully ready to launch VoLTE and “Beeline”. The company tested the technology in 2014 and in April 2015 the first of the operators conducted in a commercial network call on LTE, said the representative of “Beeline” Anna Imasheva. Ready to provide voice service in LTE networks and MegaFon, which is also conducted tests last year, says his representative Aliya Beketova.

VoLTE would partially alleviate traffic from voice traffic on 2G and 3G, and in the longer term – to unsubscribe from network operation of multiple standards. Now the operators serve users LTE smartphones using multiple networks, explains Solodovnikov: to connect to the Internet can use the LTE network, but during the call it is necessary to reconnect to a UMTS or GSM. VoLTE allows not only more economical to use the frequency, but also improve the quality of communication due to the lack of switching between networks, to reduce power consumption of smartphones, lists Solodovnikov. The advantages of voice in LTE networks include an instant connection, high speech quality, the ability to exchange multimedia messages and files without installing additional apps. During testing VoLTE MegaFon noticed a high speed connection – less than 1 second, adds Beketov.

Assessment of MTS, in the first quarter of 2015, LTE supported 18.3% of smartphones sold in Russia, compared to 13% a year earlier. In MTS retail stores, this percentage is even higher – more than 26%, according to Solodovnikov. Calls via VoLTE support flagship phones from most manufacturers, including iPhone 6 and Galaxy S6.

But to provide VoLTE subscribers, operators can not yet – legal framework regulating the provision of this service is not yet ready, unanimous representatives of cellular companies “the big three”. According to Beketova, MegaFon, for example, expects the new rules of application of subscriber equipment, which now prepares the Ministry of communications. To access VoLTE subscribers, the necessary changes in the rules of joining of networks of telecommunication and their interaction, active since the mid-2000s, said an employee of one of the operators. The old rules, in particular, prohibit the completion of calls from the data network to the telephone network, and the use VoLTE requires just such a scheme.

The state budget of Ukraine annually loses more than 1 billion UAH (about $40 million) from the illegal sales of smartphones Apple iPhone. About this writes the local edition. According to insider in one of the distribution networks involved in the sale of equipment in the networks of mobile operators last year were recorded a […]

IPhone X Plus has a horizontal mode, and the size of its body is comparable to the iPhone 8 Plus

The Macotakara website has published a new portion of rumors about the upcoming iPhone. Among them, the information about the horizontal interface to the 6.5-inch model. An unnamed source reported that iPhone case X Plus size will be as close to the iPhone 8 Plus. Despite this display is 1 inch bigger. This was achieved […]

Microsoft showed in advertising the function of a flagship for Windows 10, which is not the iPhone 6s and 6s Plus

The Continuum function is the trump card of Windows Phone in the fight for market share with iOS and Android in the premium segment. Such feature is not yet ready to offer solutions existing flagship competitors, including the iPhone 6s. Continuum allows you to turn the smartphone on Windows 10 almost full-fledged computer when you […]