Resource 42.tut reported the first in Belarus case iPhone lock for the purpose of extortion money. Criminals living in Russia, has blocked access to the gadget of a resident of Minsk, and asked for 4000 rubles. 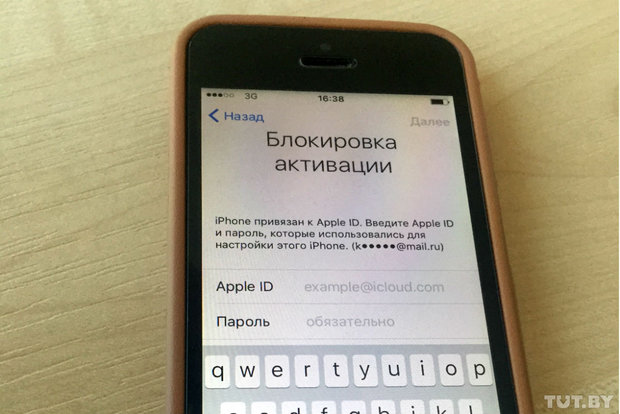 Now on the screen of the iPhone 5 Minsk resident Aleksei emblazoned inscription “activation Lock”. Smartphone require to enter your Apple ID and password on the “native” data owner, he does not respond.

A few days ago Alex wrote stranger Olga “Vkontakte”. “I stole the phone can’t call,” she said. To call anybody from the family, she could not, in the history of why something is mentioned and father died. To “pull out” room, she asked Alexis to get into her iCloud from your iPhone.

Alex agreed to help the girl and on your smartphone entered in her iCloud. After that his iPhone was locked, and Olga began to demand money to unlock it. At first she asked for 4000 Russian rubles (about $ 65 at current exchange rates), then agreed to lower the price. To pay Alex did not. 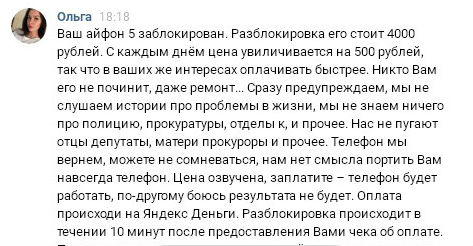 “I’m sorry, but you fell for the trick of the XXI century for children,” wrote Olga. She mentioned the “churn” of people willing to pay and what works five years. 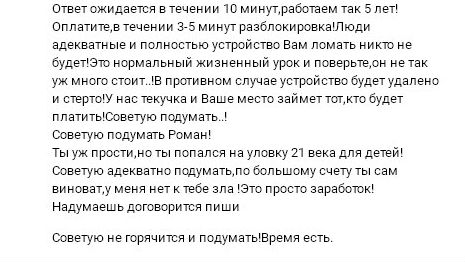 Judging by the references in the Network, this type of fraud is more than a year. In Russia this problem is solved via a call to the local Apple support. In Belarus representative offices of Apple there, so Alex proposed to apply to the Russian service of the company.

The stories of the users support request a receipt of the smartphone as proof of purchase. However, Alexei this is not an option: the smartphone he bought with it, a cheque left.

READ  "Angry Birds in the movies": the first trailer in Russian [video]

In the end, the access mobile young man not yet returned. Law enforcement agencies at the place of residence Alexei did not treat.

“In this situation, the person should contact the police, — says Oleg Slepchenko, head of Department of analytical work of the Department “K” of the MIA. — However, the transborder nature and relative anonymity of the Internet complicate the solution of such issues at an early stage. To establish the identity of the offender and his or her nationality, you need to contact the service. What’s next — question of the legislation of the country where it is located, and interaction with foreign colleagues.”

Most iPhone owners will prefer to wait for the flagship 2017

A key success factor for the next-generation iPhone may be waterproof design and support wireless charging. It is reported by Cult of Mac, citing a report of research Agency Fluent. In the run-up to the September presentation, Apple analysts have conducted a survey among 1745 people in the US. It was found that only 36% […]

CLIKI: case for iPhone with a removable remote control [video]

The term “selfie” came into use to improve the quality of shooting smartphones. To photograph yourself from the “hand” on the phone has become not just fashionable — “selfie” became the craze: made in a similar way, the pictures in social networks spread like regular people and celebrities, famous actors and representatives of show business. […]

Running a site with a collection of Wallpapers for Apple Watch

In a Network there was a site with a collection of unique Wallpapers for Apple Watch. The Creator of the project MyAppleFaces, founder and creative Director Stefan Poulos Collective Polos, proposes to use on the smart clock’s background image, created specifically for wearable computer Apple. On the website applefaces.co presents a few dozen different images […]