Roskomnadzor together with the Russian Association for electronic communications (RAEC) and Mediacommunication the Union of communication operators and big media, developing a question of legislative lock “mirrors” of banned sites. The relevant amendments to the law can be developed in the next month. The head of Roskomnadzor Alexander Zharov said in an interview to “Rossiyskaya Gazeta”. 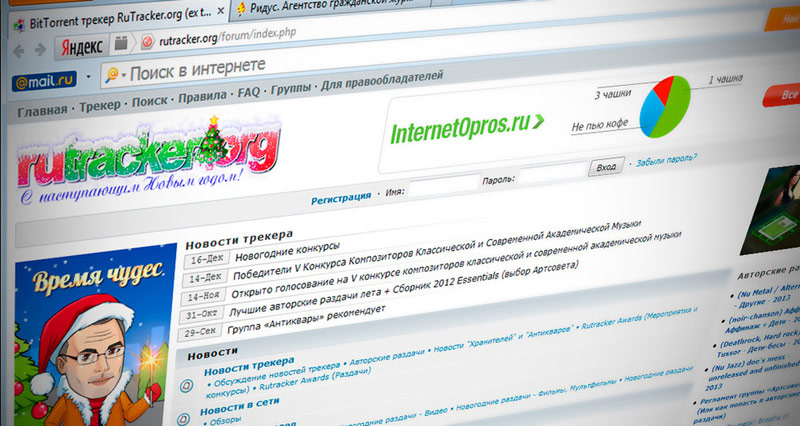 The head of Roskomnadzor Alexander Zharov said that his Department will figure out a way to legally block the “mirror” of banned sites. Speaking of eternal blocking the torrent tracker Rutracker, he noticed that Roskomnadzor “it is fundamentally important to block not only the main resource, but its “mirror”.

As you know, is blocked in Russia, the sites are often immediately moved to other web addresses. According to current regulations, the Moscow city court, in making the decision to block pirate site, can automatically lock and new address, so the copyright holders have to file a new claim.

“Now we are working on the issue on making amendments in the legislation with the definition of “mirror” and the conditions for locking — said Alexander Zharov, “the Russian newspaper”. — Proposals should be prepared by mid March and then transferred to the Ministry of communications”.

Earlier in connection with the RuTracker lock in Roskomnadzor have already said that they will block all the “mirror” of this torrent tracker. “As in all other cases, if they appear “mirror”, copy the locked resource, of course, we will consider it as a migration resource and also will block”, — said Zharov. The decision about the eternal lock RuTracker entered into force at the end of January. 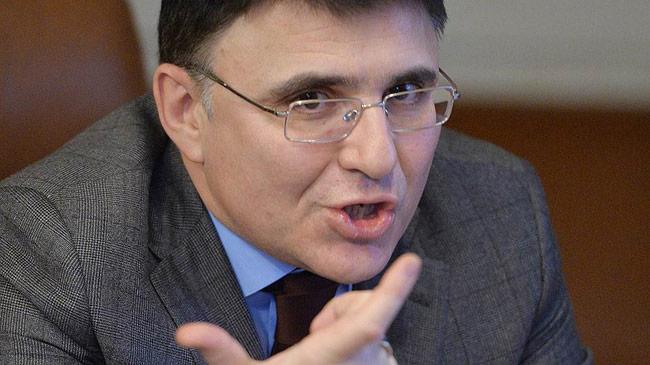 February 10, Roskomnadzor also made the website of the public organization “Moskomsporta” in the list of prohibited publication of information on proxies and other ways of bypassing locks. In April 2015 Anapa, the court found such information illegal. “This judicial precedent, — has declared a press-Secretary roskomnadzora Vadim Ampelonskiy. — The court found that such information can enable Internet users to gain access to extremist materials”.

Zharov in an interview also commented on the launch in Russia American online cinema Netflix (resource start 130 new countries in early January). Roskomnadzor, according to Zharov, already sent the Netflix letter, which stated that the company would be required to locate their base of data of Russian users in Russia. “In addition, since the Netflix service is paid, it is obvious that the company must pay taxes on the territory of the Russian Federation”, — said Zharov.

In Russia accused of piracy legal online library for smartphones

Publishing house “Prospect” has filed a lawsuit against book app Bookmate, accusing him of illegal distribution of published law textbooks. This is Russia’s first lawsuit against online legal library, filed under “anti-piracy” law. Pirate law books Publishing house “Prospect” has filed a court action against the book service Bookmate. The lawsuit was filed under the […]

Founder LiveInternet: Telegram, or cooperates, or is closed

Founder LiveInternet German Klimenko assumed that the Telegram messenger either begin to cooperate with the Russian authorities, or be closed. He declared it on air of TV channel “Rain”, reports VC. “Criminals, unfortunately, use the same techniques as us. They really use Telegram, Skype, email, in the end. And Yes, they use the mail, which […]

Experts at the University of California conducted a study during which tried to figure out how criminals monetizing stolen their credit and debit cards. One such method is the fraudulent scheme that is associated with the transhipment of consumer goods from the USA to the countries of Eastern Europe, generally in Russia. Often this is […]