New Apple TV has proven very popular among consumers. Media player capabilities are attracting more users by offering a wide range of useful applications and exciting games. We offer you a selection of the best items available in the catalog App Store for tvOS. 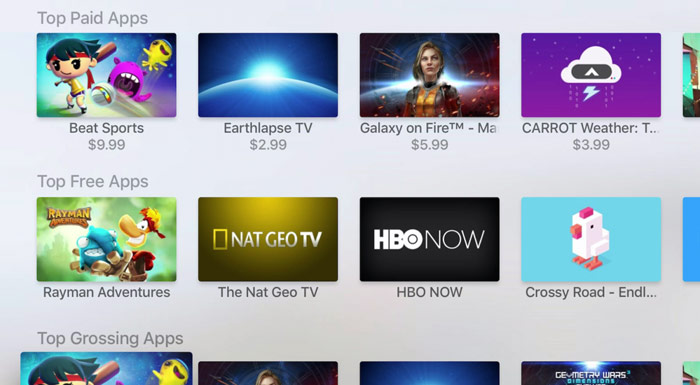 Action Battle Supremacy: Evolution deservedly occupies the first position in this list. Great graphics, futuristic landscapes and a multitude of combat vehicles that can be modified at their discretion. I wish to bomb the enemy from the air? Choose a spaceship. Want ground battles? No problem – bring in a tank and win. A great shooter with hundreds of unique single-player missions that will keep you entertained in the world of gaming, forcing to forget about the Xbox or PlayStation. Thanks to sync with iCloud, game progress is shared by devices running iOS and tvOS. Begin the battle on your iPhone and continue on your Apple TV.

Cueist is one of the many games that offer control using Apple TV Remote with built-in gyroscope and accelerometer. The simulator will give you simple controls and excellent implementation of gameplay. If desired, you can use the MFI controller compatible. It’s worth a try.

Plex is perhaps the most famous is now streaming media player, recently available on Apple TV. The developers tried to fame and have combined a pleasing design with user-friendly and intuitive interface. The app also lets you view online streamed sports events and different kinds of online video. 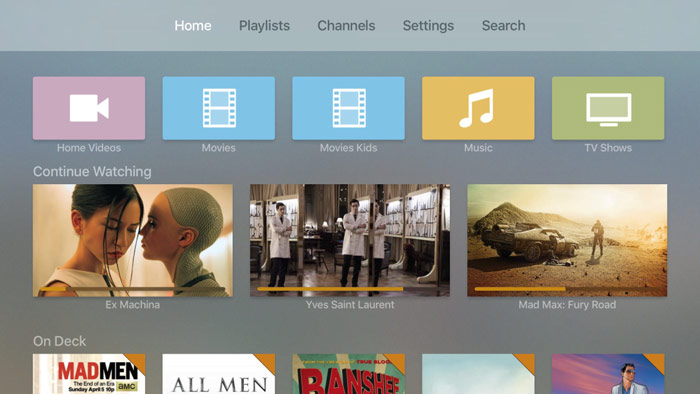 Squire is another streaming app that reminds of the functionality of Plex. The program supports AirPlay, allowing to stream videos from your iPad or Mac. The app supports gesture control, which is available to owners of the Apple TV Remote. In addition to films and video, Squire works with not-exactly-legal sources of pirated content, so if you do not consider it shameful to use such services, this app is for you.

Read also:   iPhone 8 will get wireless charging, but too early to rejoice 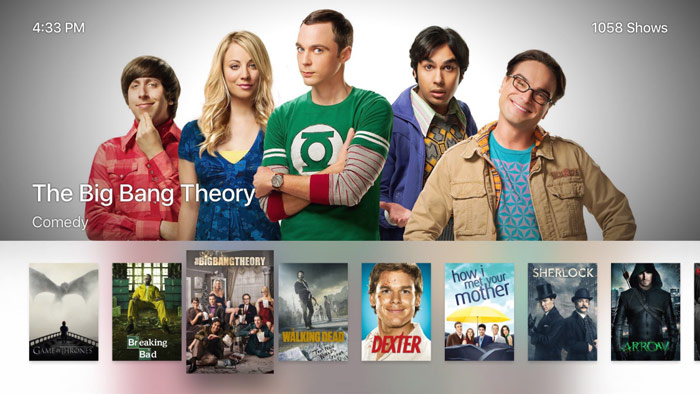 Oceanhorn is one of the most deeply integrated of all the apps available in the App Store. Adventure puzzle game with many beautiful scenes will capture your attention, be swept into the world of virtual entertainment. Follow the progress of friends using Game Center and share with them their achievements. A great addition to the game is the superb soundtrack that will create an atmosphere of full presence. MFI controllers supported. 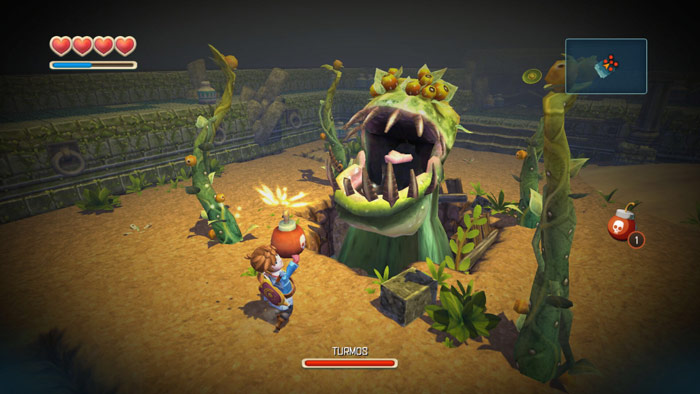 A popular arcade game, migrated from iOS to Apple TV. Overcome obstacles, playing the role of 8-bit chicken, running the road in the wrong places and jumping over obstacles. The game supports multiplayer mode. Play against your household using the Apple TV remote and MFI gamepad. Be prepared for the graphics of Minecraft, it is not like all. 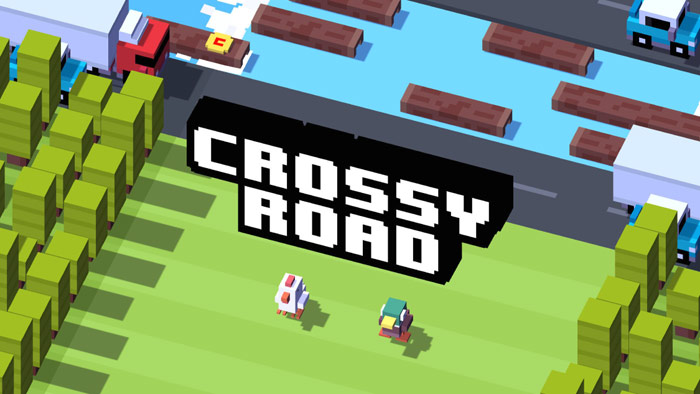 Karaoke by Smule will allow you to recall the spirited two-thousand, when it was common after a noisy feast, to sing karaoke. Choose your favorite song and, using as microphones iPhone, iPod or iPad, sing to your heart’s content. Mixed but interesting application.

Alto”s Adventures – an iconic adventure game that gained huge popularity among iOS users. The game is available in Full HD resolution, and therefore will look great on your 40 inch plasma. Game progress is synced between devices via iCloud and Game Center. Control via MFI controller is most preferable. 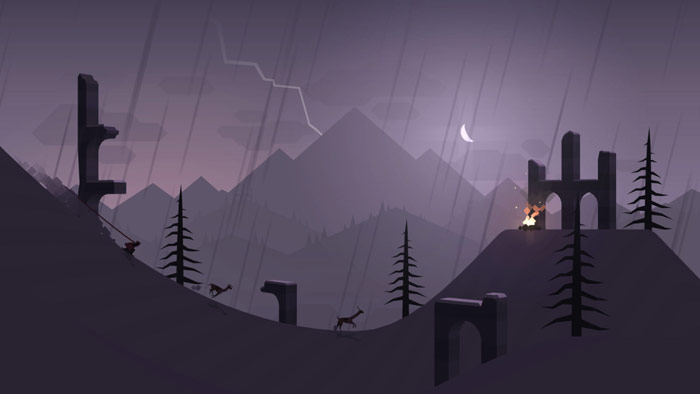 Shadowmatic – a very strange game to describe it even a few sentences. The basic idea is to manipulate the objects that cast shadows on the wall, so that they can be distinguished. The game develops abstract thinking and helps to gather my thoughts, choosing different approaches. You will enjoy the nice graphics and a mystical soundtrack playing in the background. 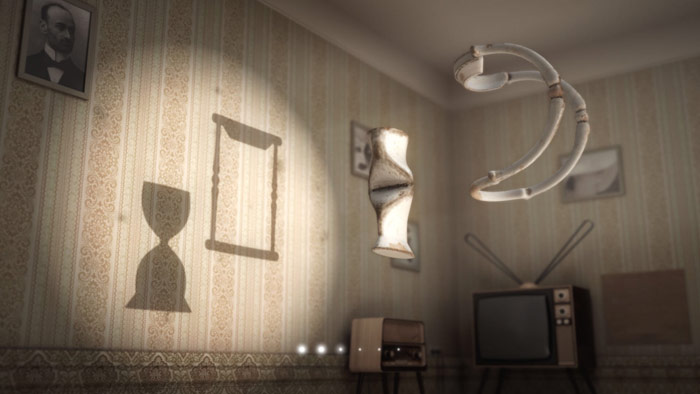 Almost Impossible – very difficult to manage platformer that should appeal to those who are not afraid of difficulties. Overcome obstacles, but be careful: one wrong move and have to start all over again. 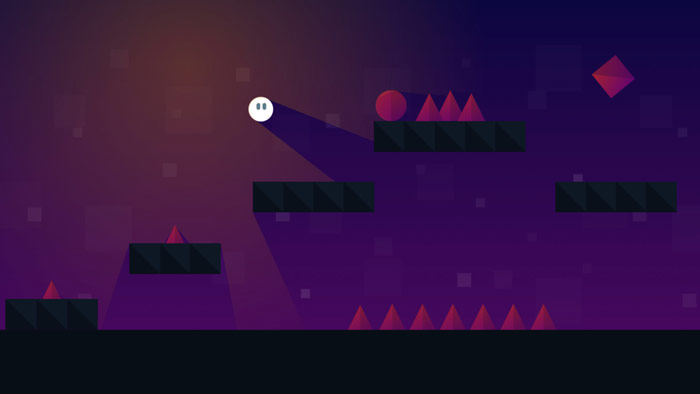 Scoreboard is an application with a single and extremely simple feature: the tracking of current results of several competitors. Keep track of your achievements on nice looking cards that can be activated at any time, without interrupting the main session. 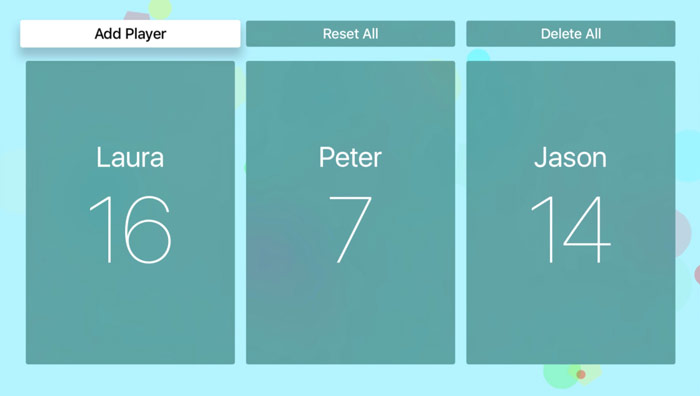 Breakfinity – familiar “killing time”. Using a makeshift racket, kick a ball composed of several rows of brick blocks. The control is performed using the touch panel on the remote Siri Remote. No story or great music accompanied, but this arkanoid will allow you to pass a dozen of minutes, for example, waiting for an important call or while loading the next app. 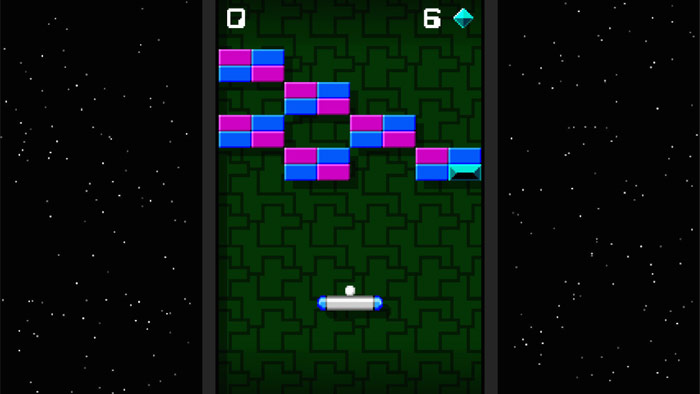 Speedtest is not clear as to what appeared on Apple TV popular measuring the speed of your Internet connection. Hardly anyone will download, but the fact remains – and it is available for download absolutely free. 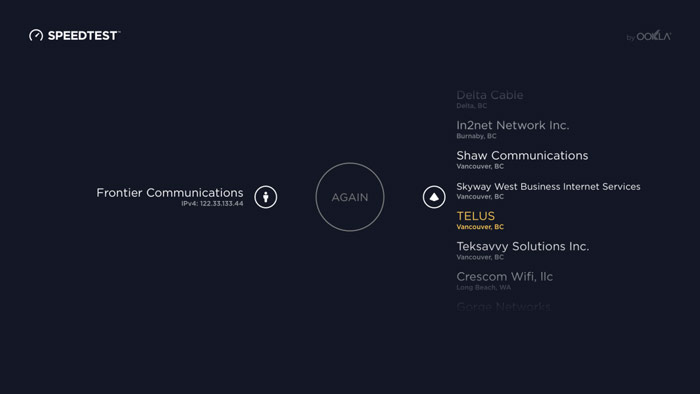 TapTap Party game that combines a variety of mini-games for the whole family. The relaxed atmosphere is equally pleasant as the older generation and the youngest. For playing multiple characters: zombies, ninjas, animals, snowmen and others. The game mode supports up to 4 players, though Apple TV imposes its own restrictions, allowing you to play only two of them. Perhaps one of the best applications in its price category. 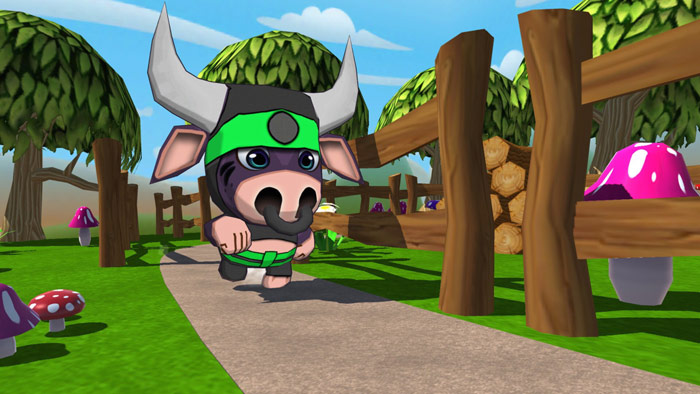 Squares – a great puzzle game with a straightforward plot, which is very difficult, forcing your brain to work hard to be one or another combination of blocks. Convenient touch control via the Apple TV Remote give pleasure to those who love poraskinut brains. 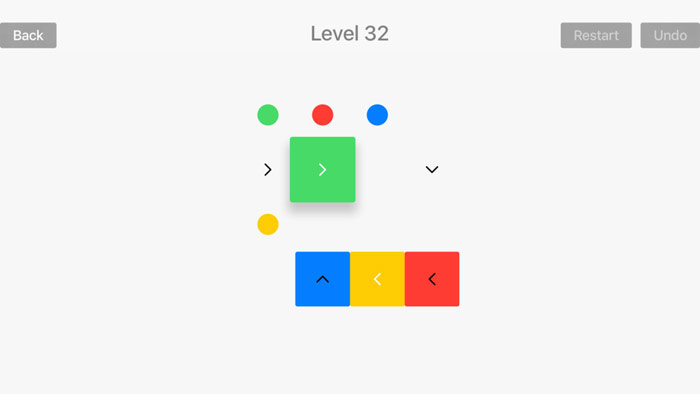 The game soared to the top of the App Store on iOS, now available on Apple TV. Fans quality graphics title is unlikely to please, but the best one button games it justifies on all hundred. The gameplay is something similar to the one in Flappy Bird, but is organized somewhat differently. Try a couple of rounds and we are sure that you will like. 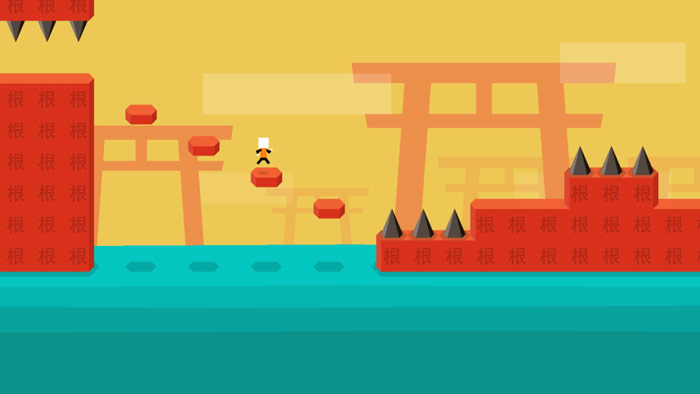 CARROT Weather – one of the few applications for tvOS, support voice control using Siri. Ask the assistant to show you the weather for the week ahead or check tomorrow’s rain she will fulfill all in the best possible way and without unnecessary wrangling. Beautiful interface will also please fans of visual projections. 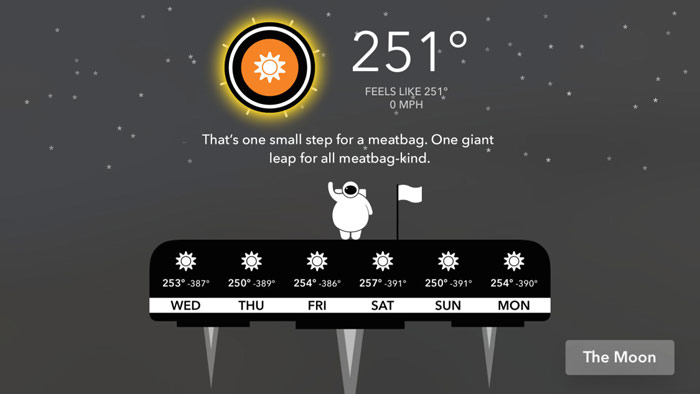 Cosmos is a classic arcade game, the action that takes place, you guessed it, in space. Eight-bit graphics, shuttles, airless space and distant stars will certainly appeal to fans of games of this format. Despite the simple plot, the gameplay is very interesting and may take you many hours, before you come off. 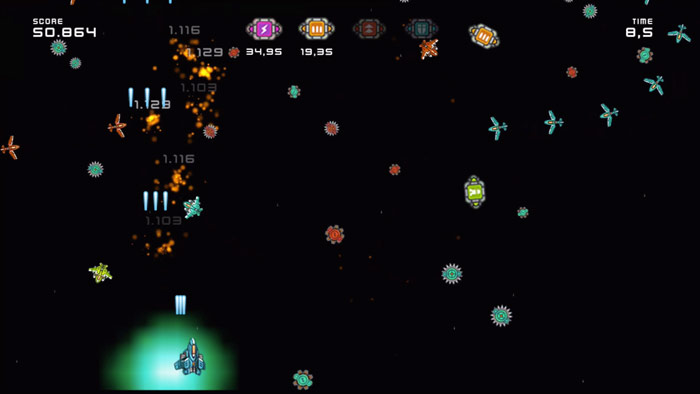 App Russian video service to Apple TV. The client is developed on the basis of tvOS and has a simple and intuitive interface – you can navigate in the directory and search for content in a few clicks. The client is adapted for the TV screen, which enables you to play videos, use the usual gestures. 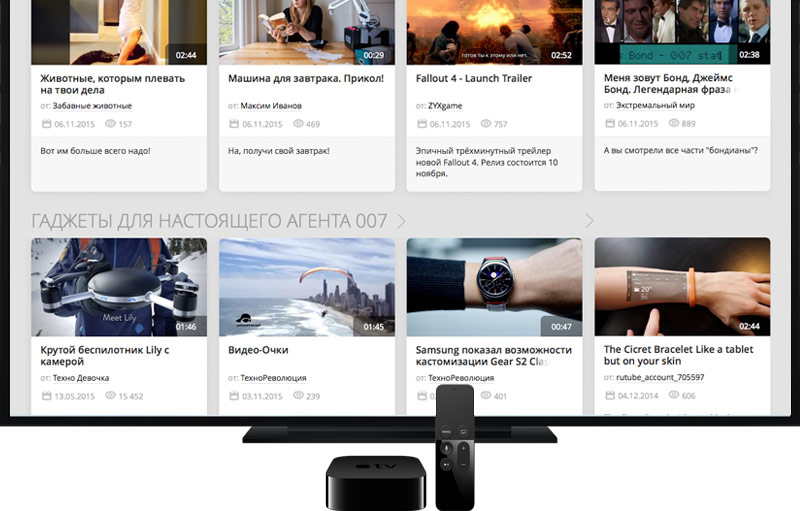 pCalc is a classic calculator that appeared in the App Store for tvOS. It is unlikely he will be anything popular, because no one in their right mind would decide to count on your TV. 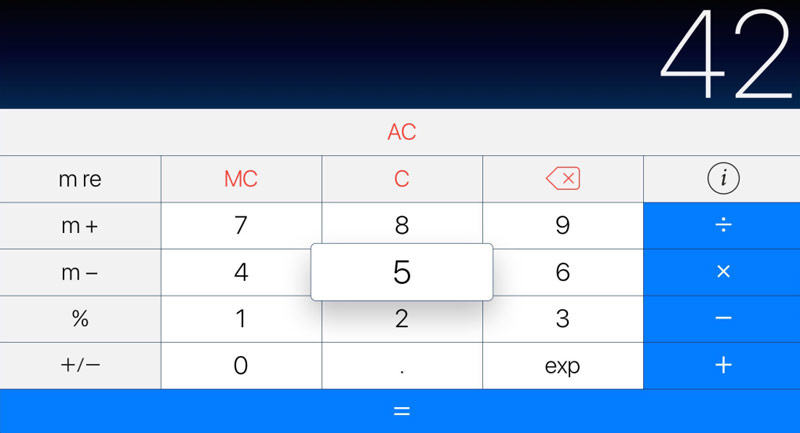 The financial services provider Payment Alliance International (PAI) and mobile payments platform, FIS announced the creation of a network of cardless ATMs. In the framework of the agreement, iPhone owners will give an opportunity to withdraw cash using your fingerprint. PAI reported the installation of 70 000 ATMs is a new type of stores, restaurants, […]

Apple released the first beta for developers macOS High Sierra 10.13.1 two days after the official release. The beta version can be downloaded from Apple’s developer Center or via the Mac App Store, if you have a special profile. While it is unknown what changes brought the first update. Likely, Apple has improved performance and […]