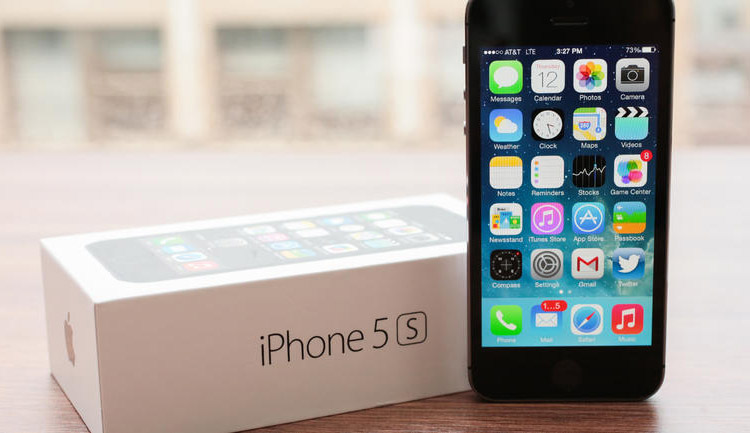 Apple has started selling the restored smartphones in Russia June 3. The campaign involves only one model of the iPhone 5s with 16GB memory. According to the research company GfK, from 15 to 21 June restored the iPhone 5s is already out on second place by sales in real terms and in first place in sales in the money in the Russian market.

Restored iPhone refurbished iPhone) is a machine that the owner returned to the store due to any malfunction or because of the intention to buy a later version of the smartphone. Apple turns the device with defect on the Taiwan plant, where it will replace all defective items — for example the Home button, speaker or screen. The repaired unit re-tests the manufacturer receives a new serial number, the packaging, the set of documents, charger, headphones and arrives in stores specially marked refurbished. Warranty restored iPhone is one year.

The cost of this device is below the official price. For example, the gold iPhone 5S in “the Messenger” is 24 990 rubles, which is 15 000 rubles cheaper than regular smartphone in the same configuration. “The buyer gets a new device on pre-crisis price, which, in fact, now comparable to the cost of the device in the fall of 2014, i.e. until the weakening of the ruble,” — said the representative of “Coherent” Maria Zaikina. “Yulmart” restored iPhone is sold at 22 990 rubles, which is 10 000 rubles cheaper than the new model.

Read also:   The power saving mode in iOS 9 reduces the speed of the iPhone 6s up to the iPhone 5s

Similar to the iPhone in the “Connected” sold marked “as new”. Three weeks after the appearance of the restored models, or about 3 to 24 June, the weekly turnover from sales of Apple’s smartphones in the network increased on average by 40% compared with the preceding three weeks. While sales of the iPhone 6, iPhone 6 Plus and iPhone 5s are at the planned level”: the demand that they support the consumer lending market, “perked up considerably in the last 2-3 months”, explained the company.

“In the online sales for the week restored the iPhone became the sales leader in its price category,” — says the representative of “Euroset”. In “El Dorado” for two weeks of sales have sold several thousand of these devices.

In 2014, Apple already had a little experience in selling refurbished smartphones, the company brought a small batch of iPhone 4 that was sold in the regional retail costs 9999 rubles Experience was a success because Apple decided to repeat it with a more advanced model.

In the App Store released an update for the official app MacDigger index 1.5. Mobile client received an updated interface, support for iOS 10 and multi window mode on the iPad. Also in the app have been fixed several bugs and improved performance. MacDigger application provides quick access to the contents of the website, allows […]

Earlier we wrote about the new widget Swift Note, which allows you to quickly save any information directly in notification Center OS X. Eight months later, the developer has introduced a second version of the application with a number of innovations. The first and the most important feature of the updated app for taking notes […]

iOS 13 compared with iOS 12 for speed

What did Apple promise during the announcement of iOS 13? System performance – according to the company – will increase. Regarding iOS 12, it will be faster. Image from the iDeviceHelp YouTube channel Alas, the first beta versions of iOS 13 disappointed. In terms of speed, they did not exceed iOS 12. The current OS […]