Developer Jay Freeman, known online as Saurik, has released an update Cydia Installer to version 1.1.17, adding compatibility with new operating system iOS 8.3. The release of the update took place the day after is released a public tool to jailbreak. 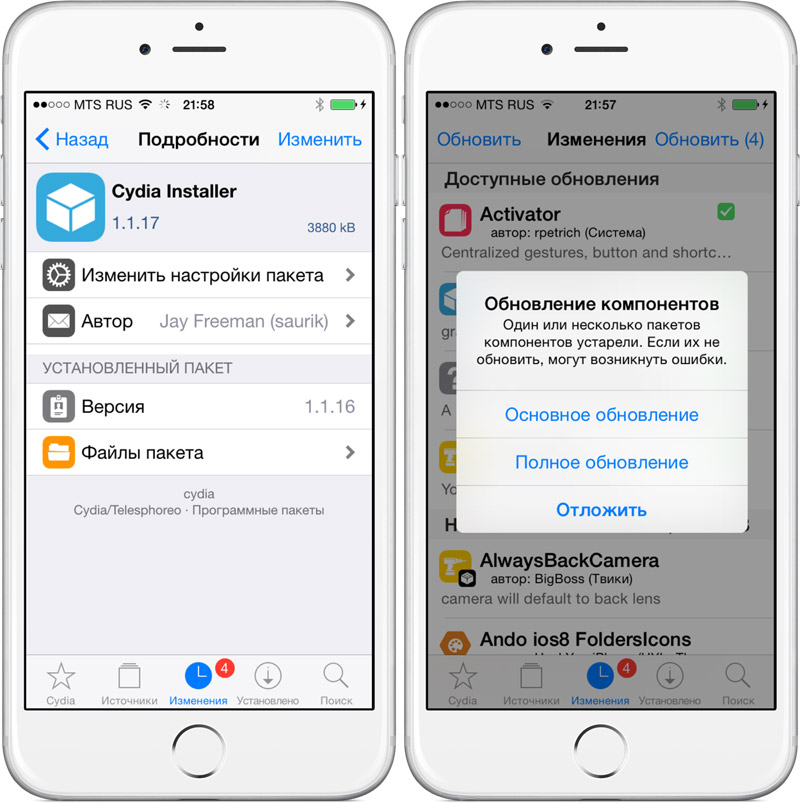 According to accompanying documentation, release Cydia 1.1.17 aims at eliminating errors. Now the program runs without errors on devices with iOS 8.3, whereas before I received the message “unable to identify device”. In addition, the update brought support address file:///. Before Cydia refused to open local references because of the limitation of the store.

Update Cydia to version 1.1.17 happen in automatic mode. Just start the application and click the “Complete upgrade” after loading all repositories.

To install Cydia on iPhone and iPad with iOS 8.3, you can use TaiG. Utility is compatible with iPhone 6 and iPhone 6 Plus, iPhone 5s, iPhone 5, iPhone 5c, iPhone 4s, iPad 2 or newer, including the iPad Air 2 and iPad mini 3 and iPod touch 5G. Read more about how to jailbreak iOS 8.3 can be found here.

Media: iPhone 8 Plus will get bent on the edges of the OLED display

Recently on the Internet there are a lot of rumors about the next generation iPhone. In some of these are three models of smartphones, one of which belongs to the class of phablets. At the end of last week, the President of Sharp, which supplies screens for the iPhone, confirmed that Apple’s next smartphone generation […]

Today we wrote about the fact that the iPhone 8 will get a 5.8-inch display, the lower part of which will be used to control device functions. Thus, Apple is planning to abandon the fingerprint module Touch ID. According to knowledgeable sources, the new generation of Apple’s smartphone will be equipped with a laser sensor […]

Apple confirmed plans to use OLED displays in the iPhone in 2017, according to sources

Apple appealed to Japanese and South Korean screen manufacturers, urging them to increase the rate of production of OLED panels, which must begin using the iPhone in 2017. About it writes the edition Nikkei Asian Review, citing its own sources. It is reported that Apple has decided to release the first iPhone model with a […]