We already had two reviews of Razer gamepads: these are Raiju and Raiju Ultimate. Top controllers with many features, predatory, beautiful, I really liked. Well, Razer Raiju Mobile was lying and waiting in the wings when CoD: Mobile came out. An hour has struck, the game is out, but there is no controller support there yet. Well, I decided: stop pulling already, I'll tell you about Razer Raiju Mobile right now. Flew! 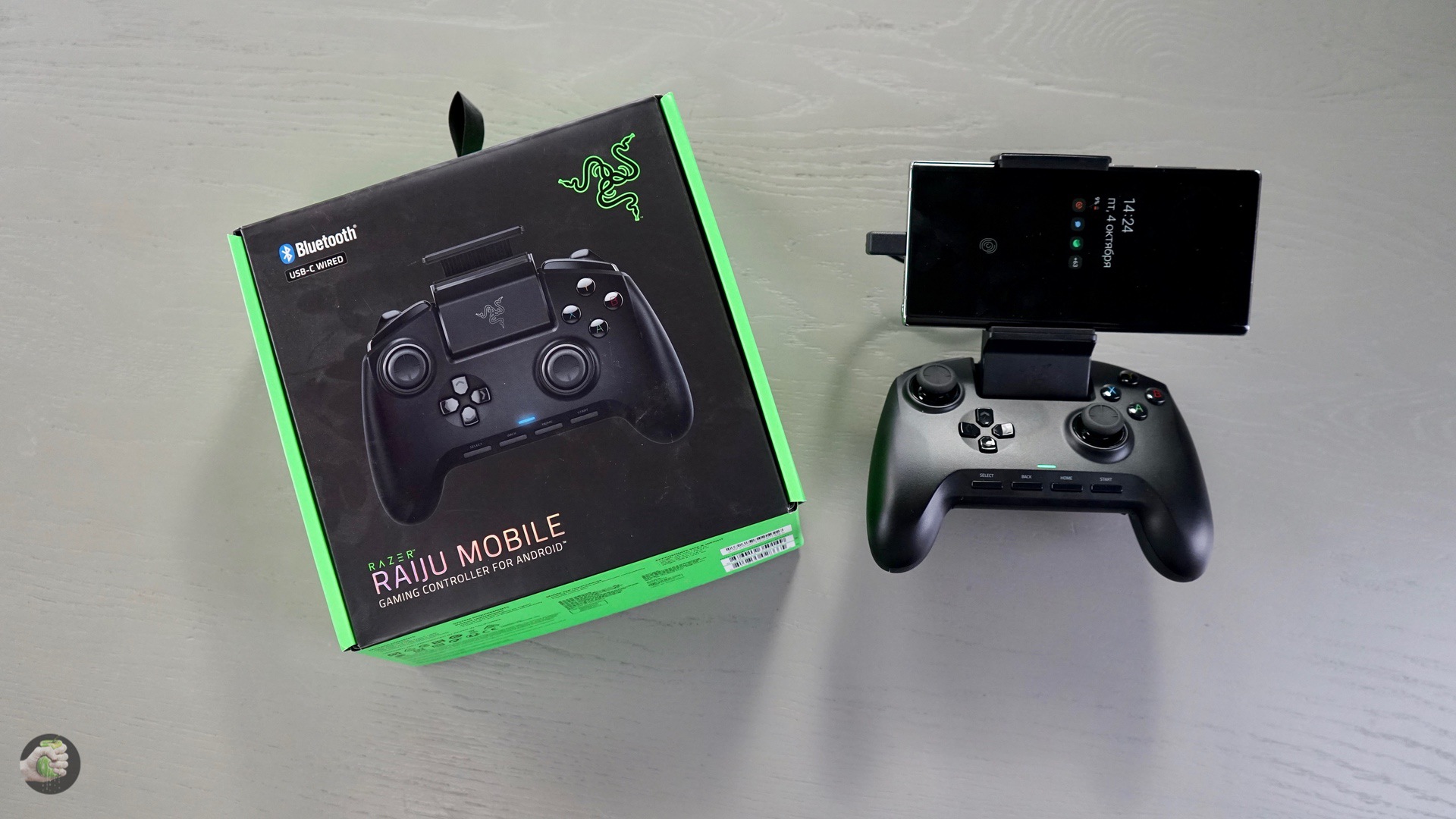 Immediately you need to keep in mind two points. First: the gamepad only works with Android and PC. The second point: I managed to connect Raiju Mobile to the iPhone, but in the only CoD: Mobile game, you can’t use gamepads yet, so I couldn’t check the compatibility. I will do it later, I will write about the results. 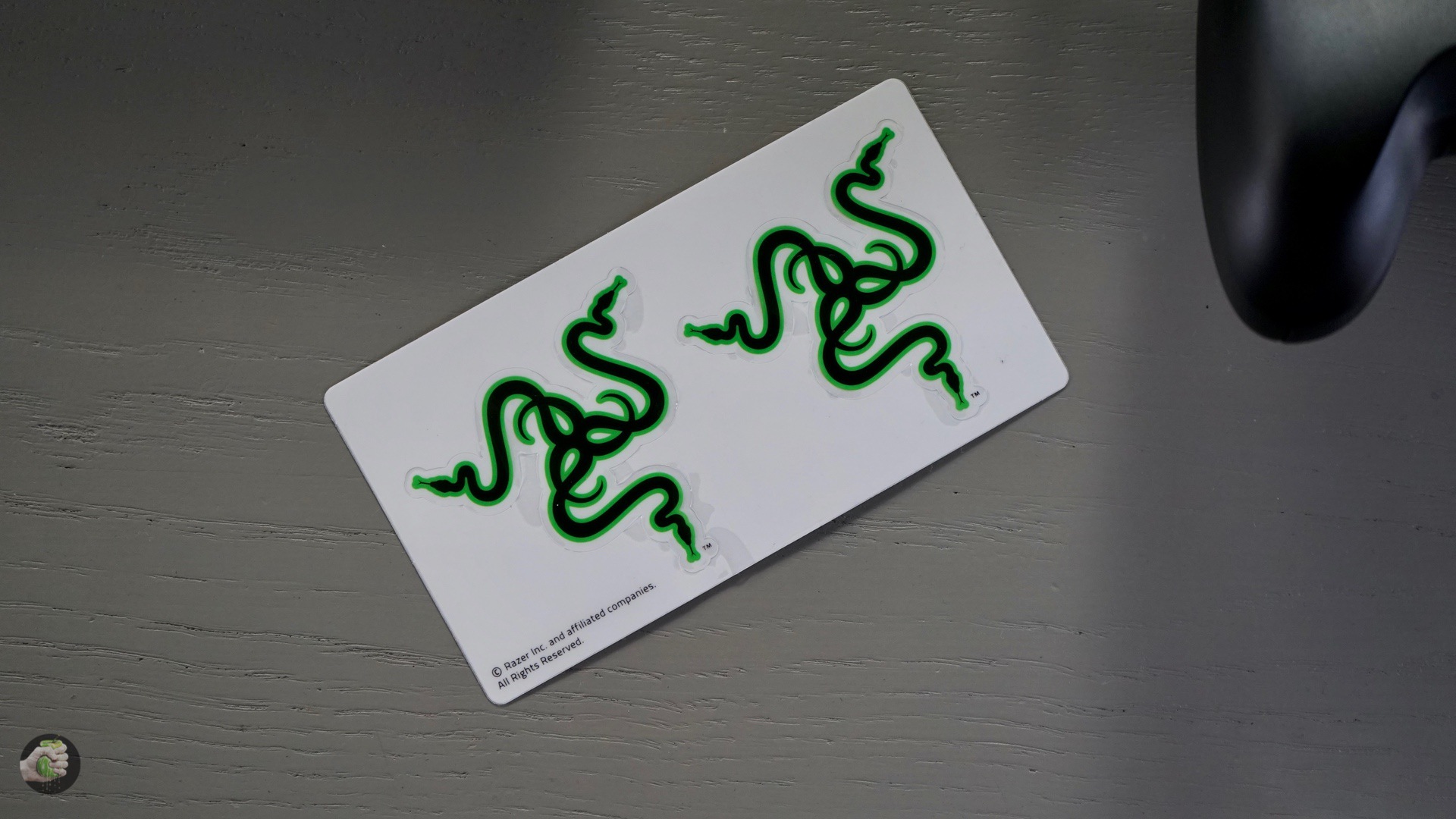 With devices based on Android, the gadget works in two ways: either a Bluetooth connection (then both a smartphone and a gamepad can be charged), or a USB Type-C connection, then the ports are busy. I choose USB Type-C, because I want speed, simplicity, and that everything was as it should. To switch between connection methods, you need to move the lever at the back. 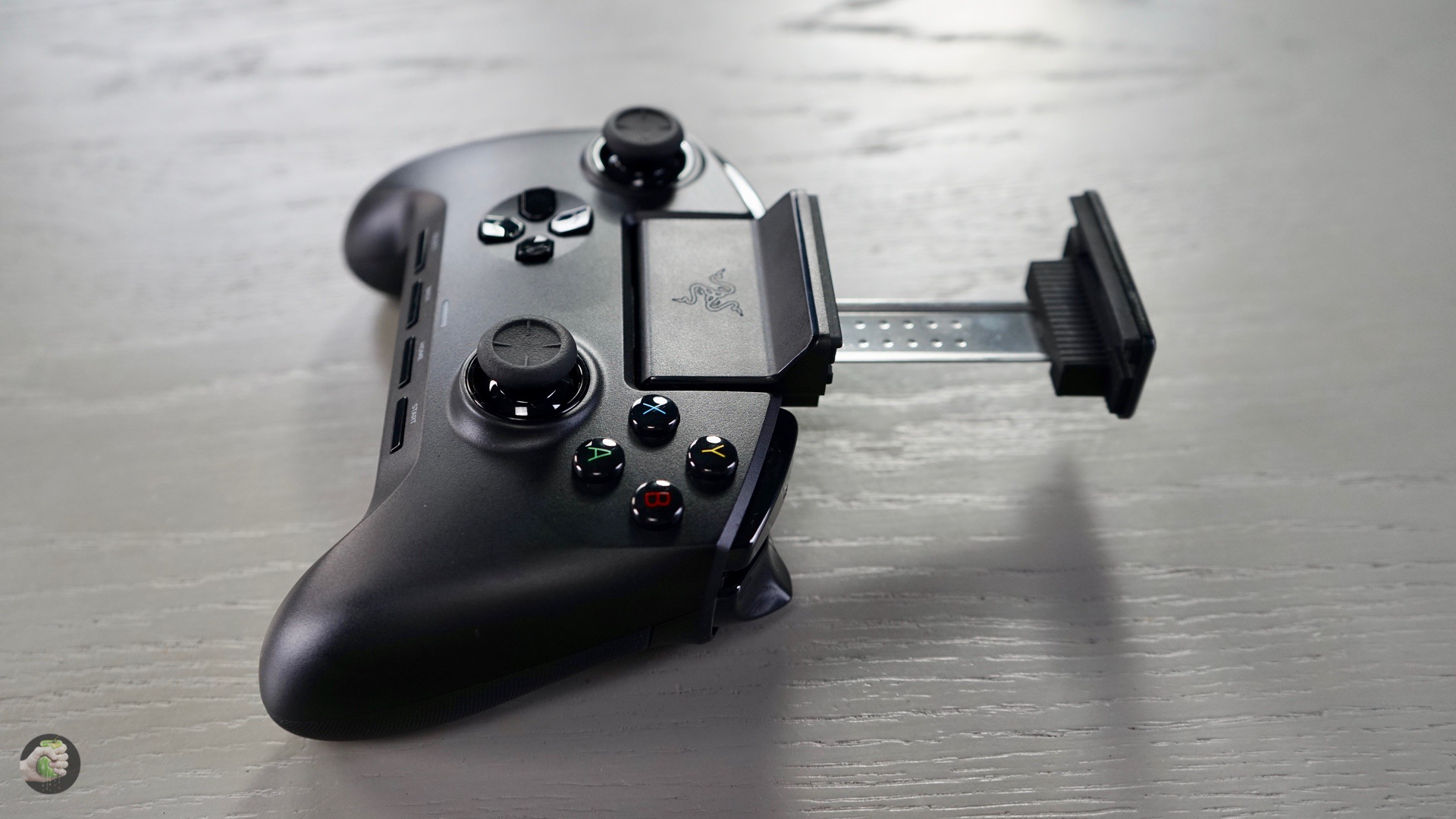 Like other Raiju, this gamepad is more like some kind of futuristic weapon. Sticks, hammers, more hammers, and more hammers! With the help of the lock, you can reduce the progress of the triggers – of course, everything is done for the tilt and bend! 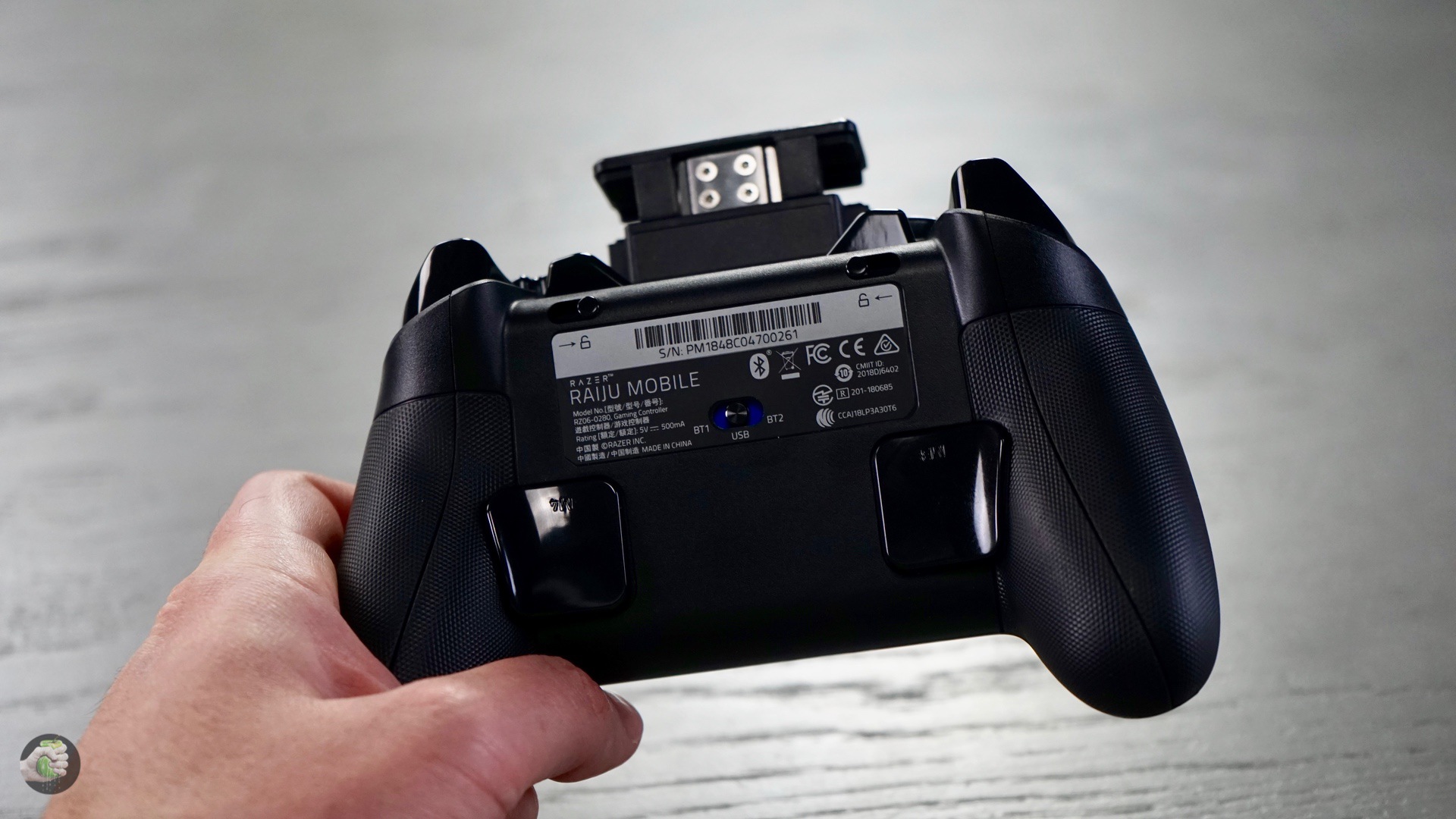 The kit was carefully put both a short USB Type-C cable – USB Type-C, and a long one. If you connect it short, it will be most convenient to put the smartphone in the holder of the gamepad – even the wide Note 10+ in the case fits here, the mount can be lifted to itself. The holder is made well, does not creak, holds the device securely, I really like it straight. The maximum width of the device is 79 mm.

Read also:   Apple will not restrict ad tracking in iOS 14 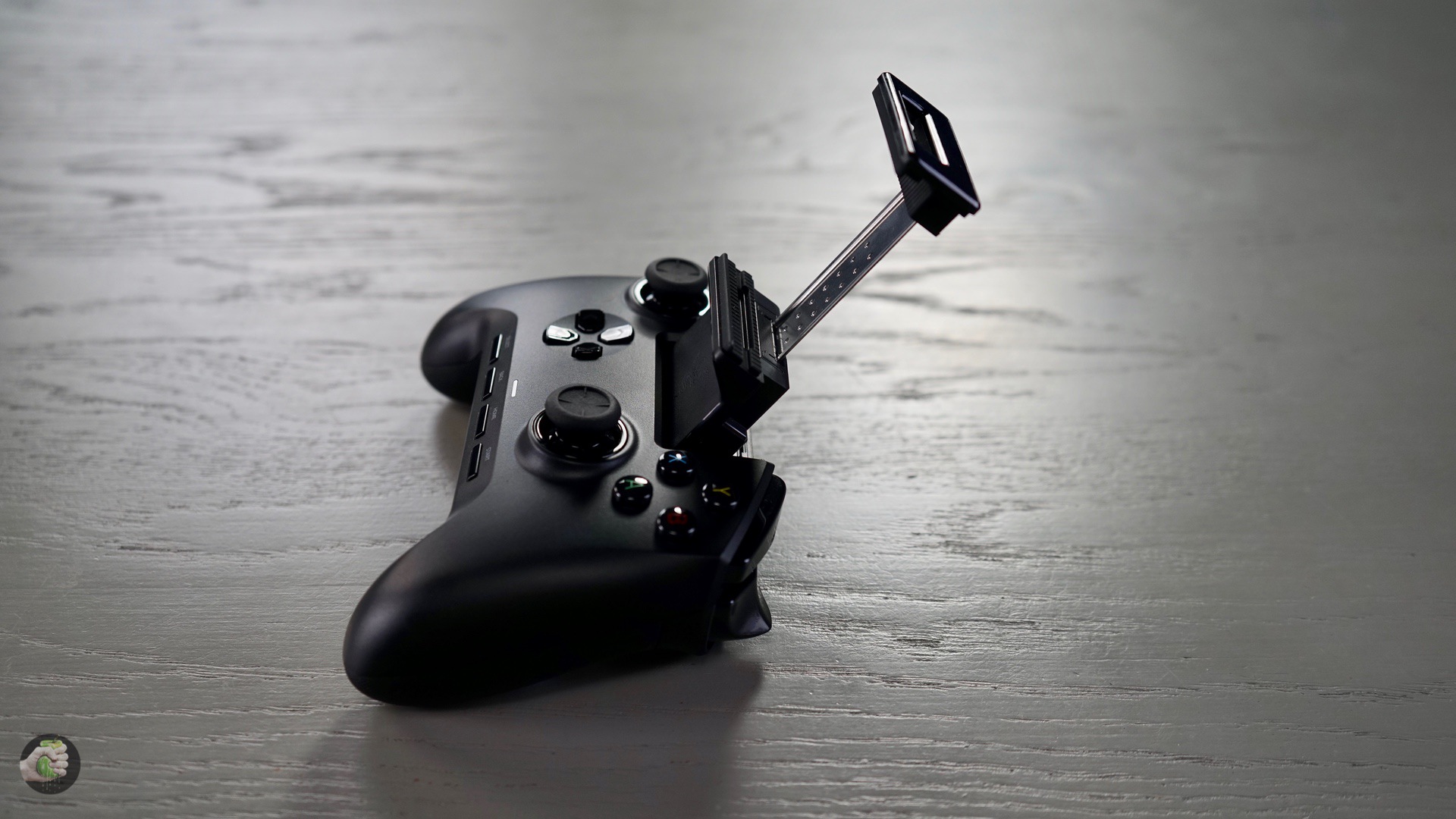 The sticks are asymmetrically arranged, this is done on purpose: since the holder is in the center, the right stick is moved down. The finger rests well, the main button block is easy to reach. The cross is made as expected. Of the miracles here, one can note the already mentioned speed mode, when you activate the trigger stoppers, well, you can also quickly lower the stick sensitivity – this is necessary for normal operation with a sniper rifle (the simplest example). 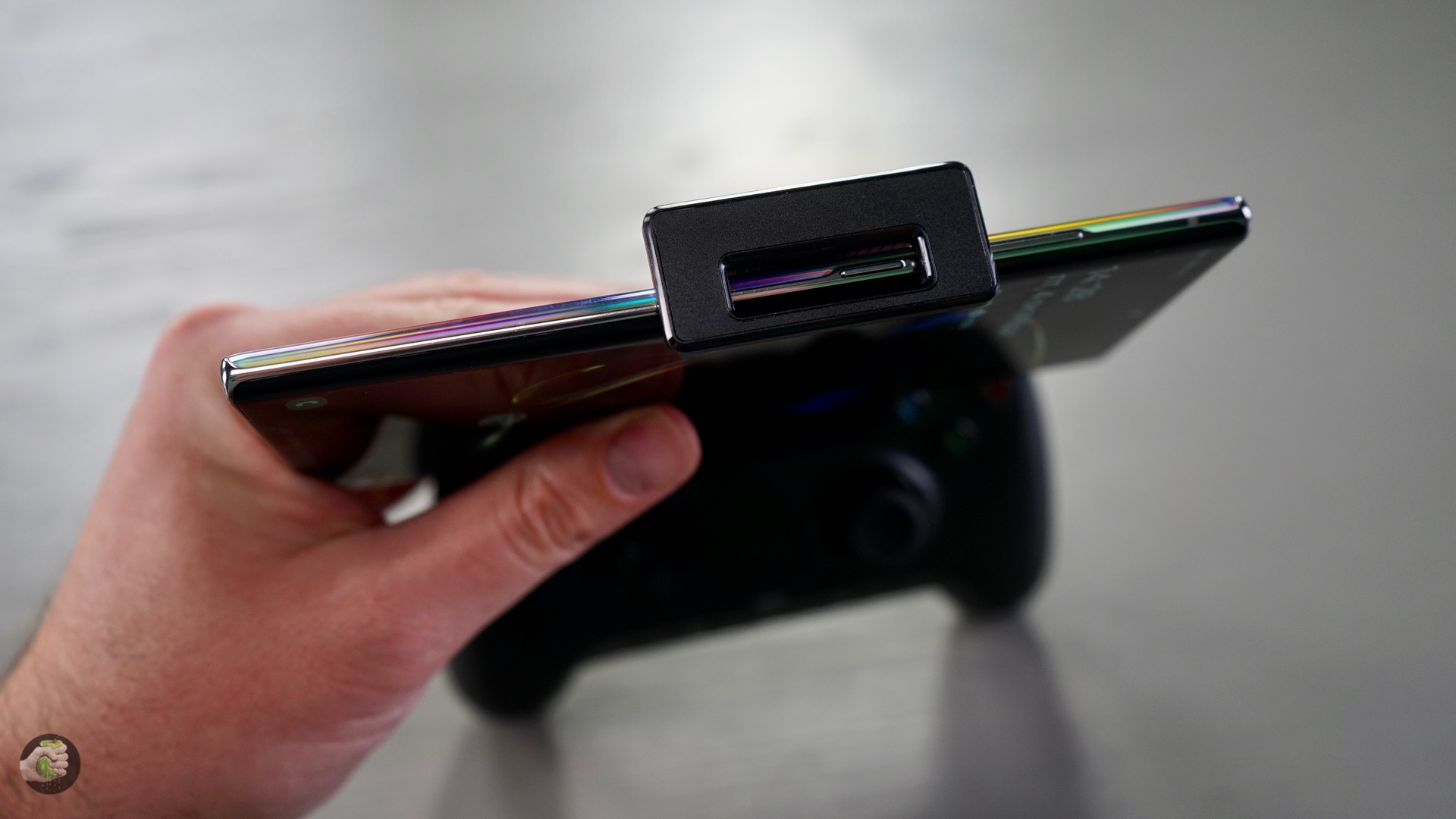 Charging time is about four hours, operating time is about 23 hours. As you can see, here on the switch there are BT1 and BT2 (in addition to USB) – you can bind two of your gadgets and set up your own settings for each. 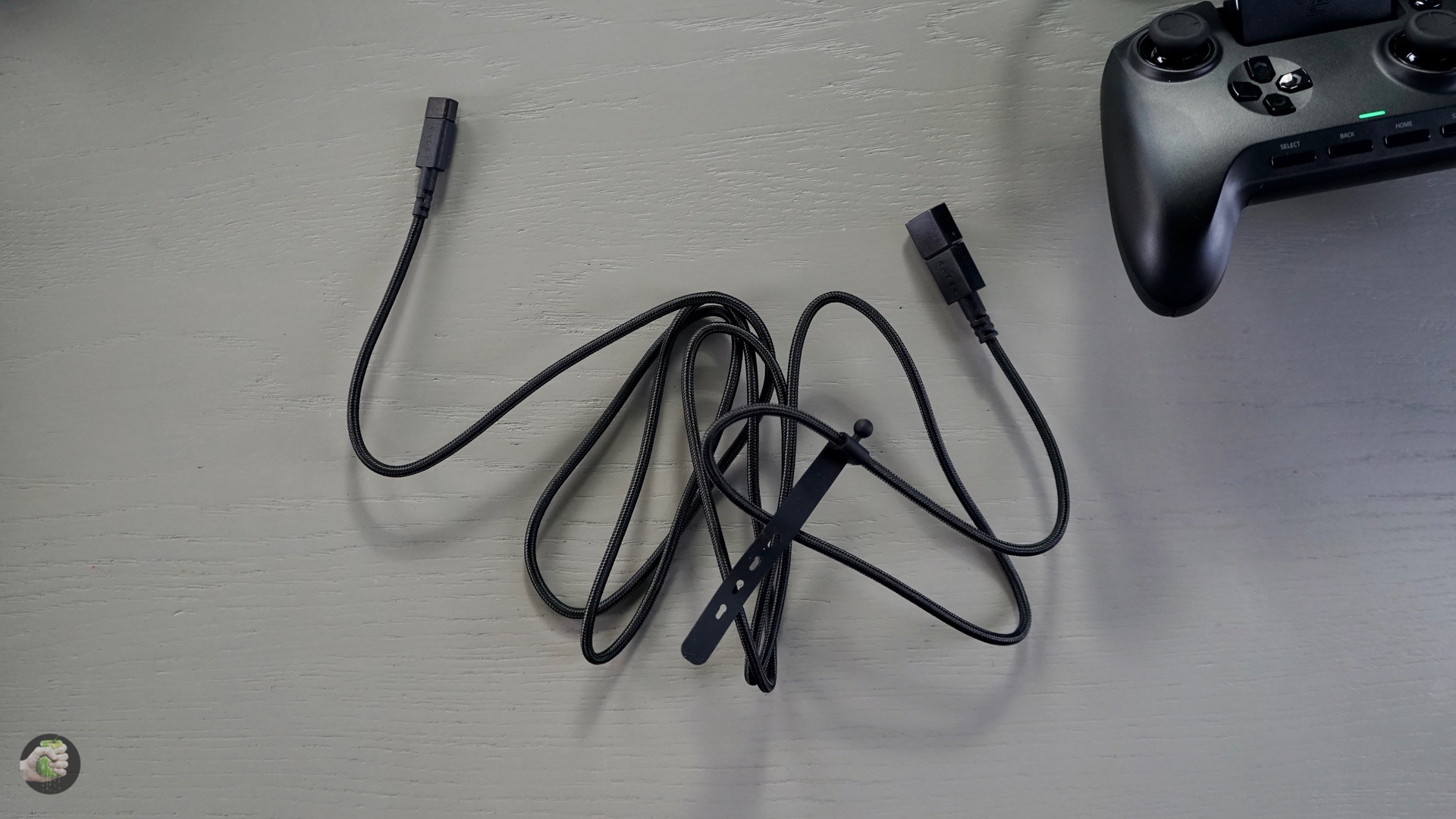 In addition to the mechanical-tactile buttons and magic triggers, there are other interesting things. On the back there is a notched rubber trim that goes straight into the palm, fine. The rough plastic of the case will probably survive more than one Android smartphone. Nice indicator light, quality assembly, not anyhow, but branded cables with a fabric braid. See how the plug for the smartphone is made, well, just the charm is that it does not bend once again and does not break in a month.

I am interested in only one thing in this story: when will the controller support appear in CoD: Mobile? It seems that they promised the first of October, already the third, the treasured tabs in the settings menu were not there, and not. But if you prefer other games, then Fortnite is already supported. The entire list of games can be viewed independently. 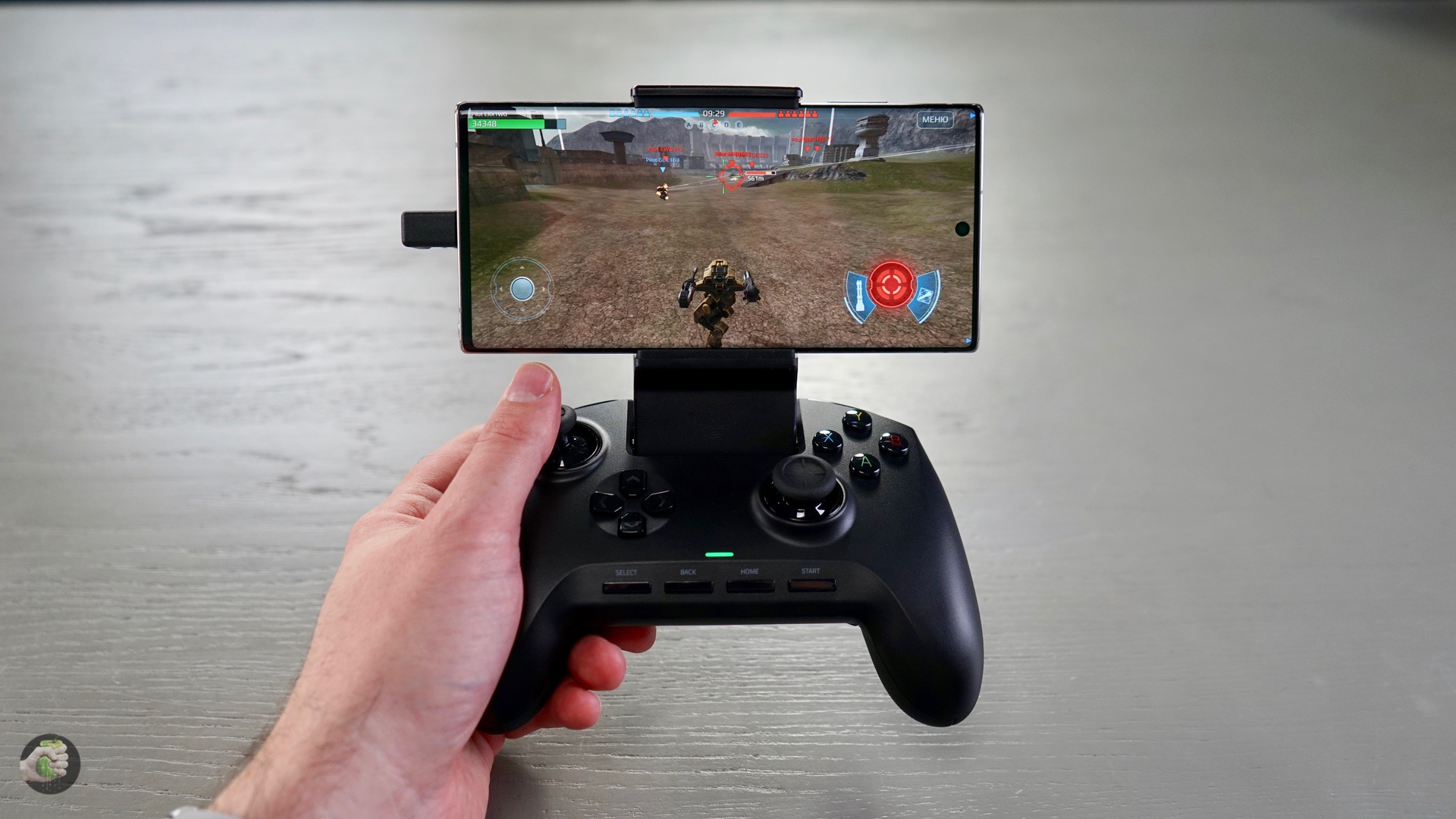 I played Dead Trigger 2 for the trial – just to evaluate the gamepad. Connected with a complete cable, at the beginning of the game it was suggested to assign buttons – assigned, everything worked out. Keep in mind that Note 10+ does not fit here exactly, since the button is placed very well. Move it to the left – it is pinched by the “foot”. And it also does not fall into the hole provided for buttons on other phones. 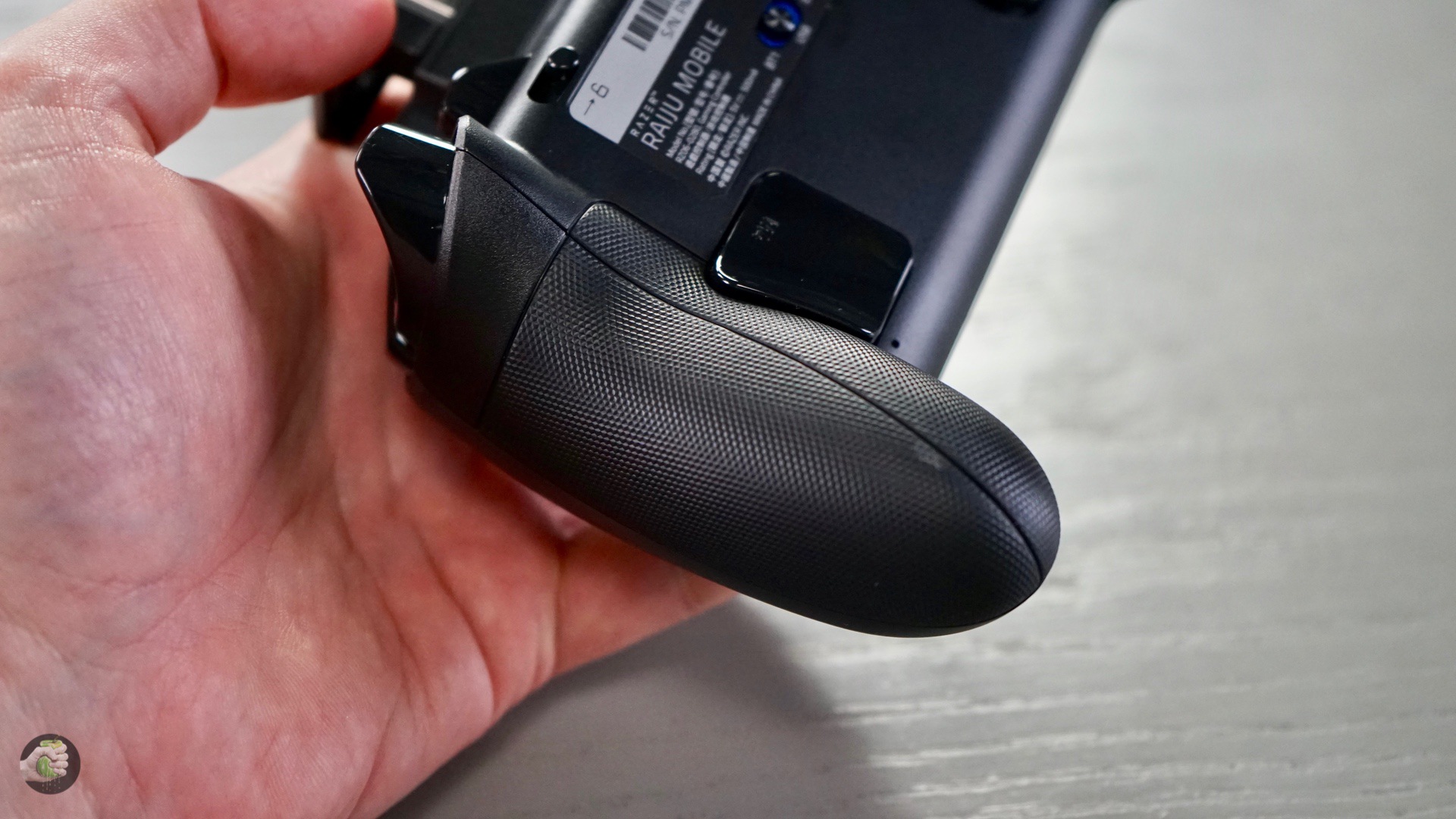 But it is in this configuration that playing is very convenient. The screen is in front of the eyes, the hands themselves click everything where necessary and as it should. The only thing is that it’s hard to play for a long time, hands require rest, but otherwise everything is fine. Since the connection is via USB Type-C, the reactions are instantaneous, the controls are familiar, without pain – I'm talking about the pain of playing with the screen. For two days with CoD: Mobile, I was completely exhausted: it’s difficult to get into the virtual buttons, they work somehow, and it’s not always possible to switch to running. Seriously, let Raiju Mobile cost 12,000 rubles, but it's worth it – as soon as support appears in CoD, I will write about my experience. Who knows, maybe it will work with iOS? 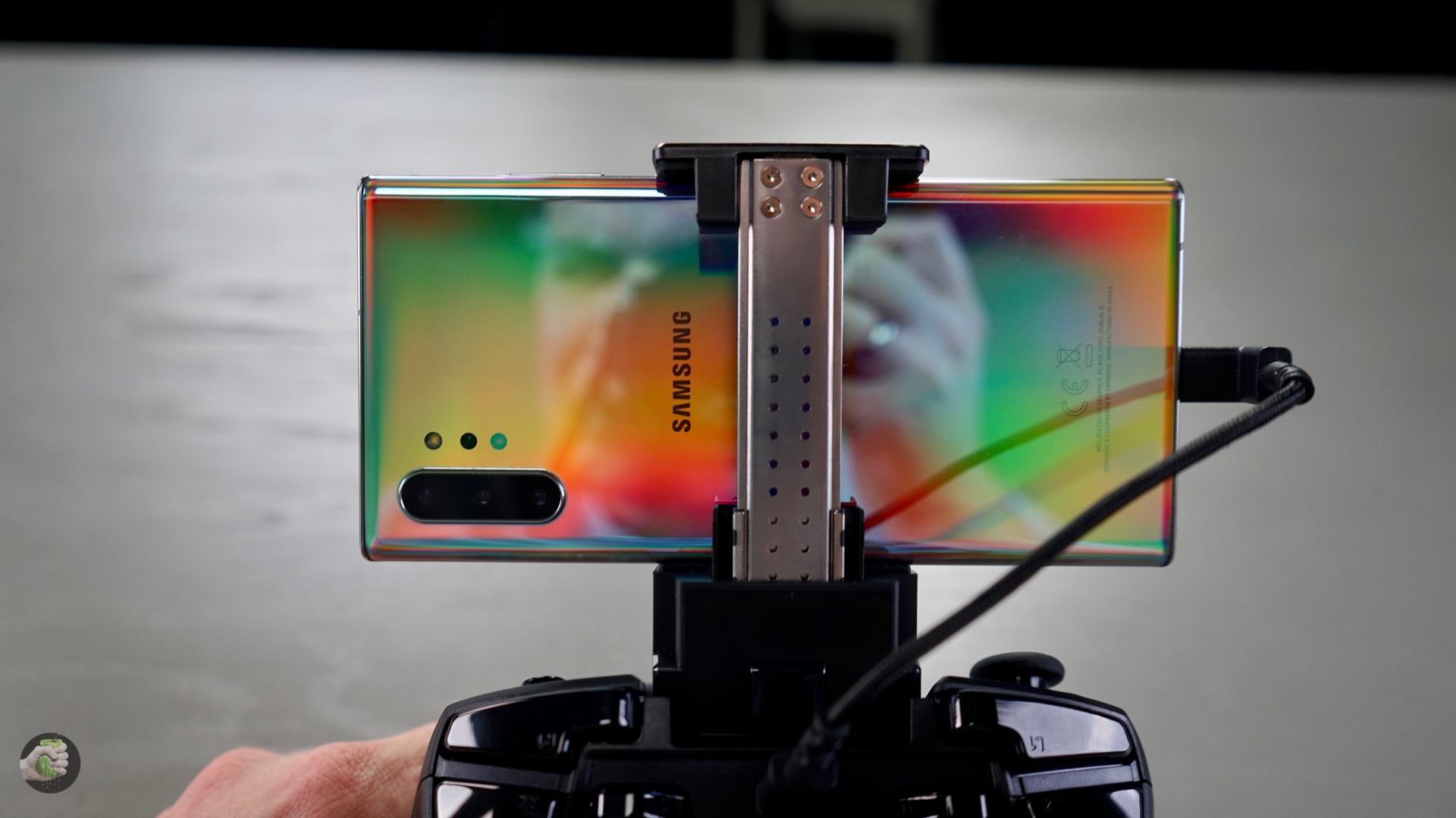 Finally, a little more operating experience. Look, in the list of games above there are a lot of these same games. But they can sometimes work through a stump deck. For example, the right stick does not work in War Robots – and, unlike Dead Trigger, there is no settings menu, the controller just works right away. The movement works fine, shooting, too, but with the turn of the tower it’s a disaster (I tried it with and without cable). I guess in other games the same miracles are possible. 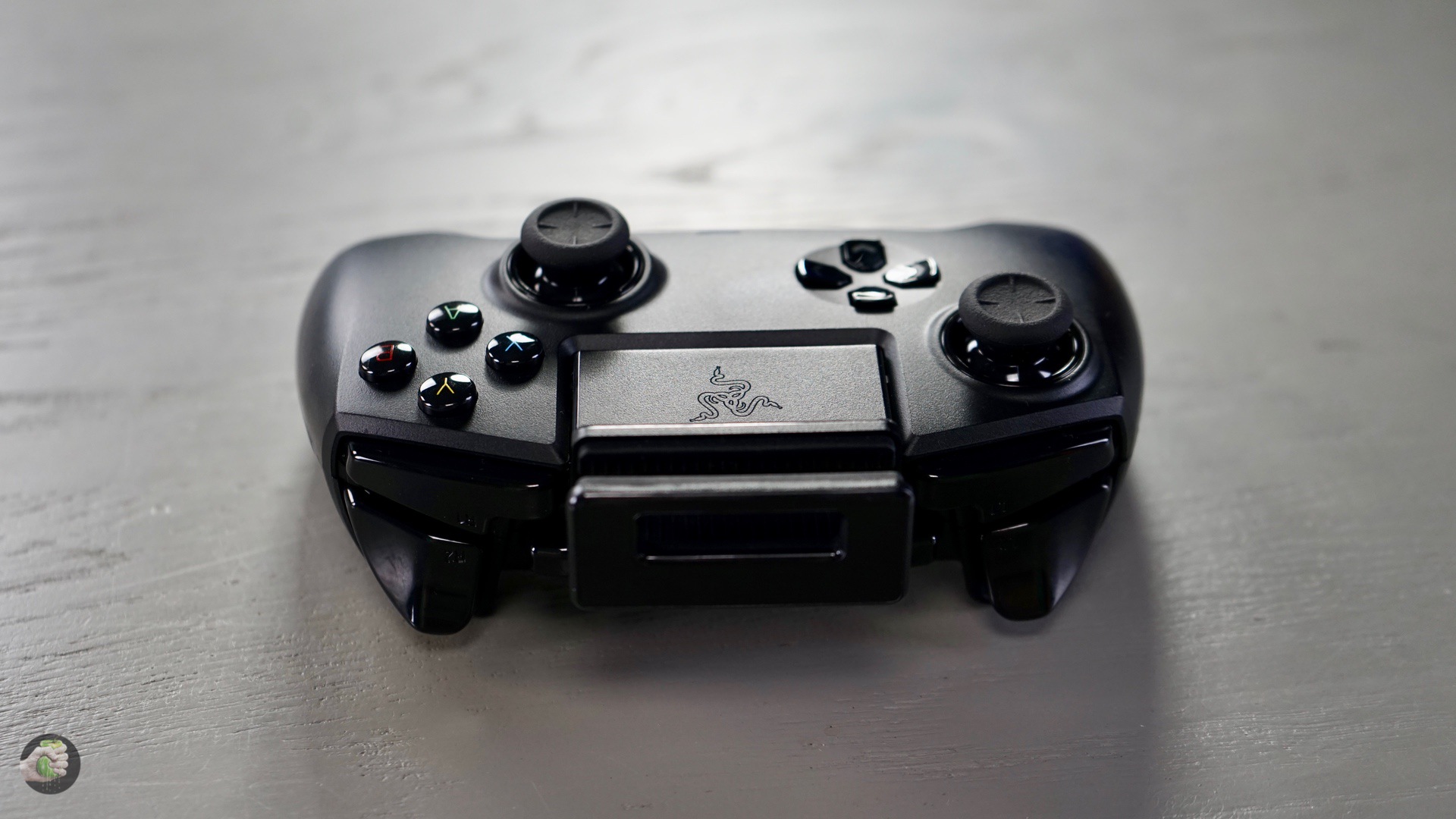 I have already announced the price, this controller really costs 12,000 rubles, you can find it for 11,490 rubles or for 11,990 rubles (in general, about twelve thousand, get ready for this). Of course, it is expensive, especially for such an exotic category as "gamepads for Android and PC." Universal devices are now in vogue, suitable for Apple TV, for consoles, and for smartphones – probably, I need to carefully study this market and prepare several reviews. And it’s good for you, and I will understand what kind of players are here and what is happening. By the way, if you use a gamepad for mobile devices – write to me ([email protected]) make, model, like / dislike. 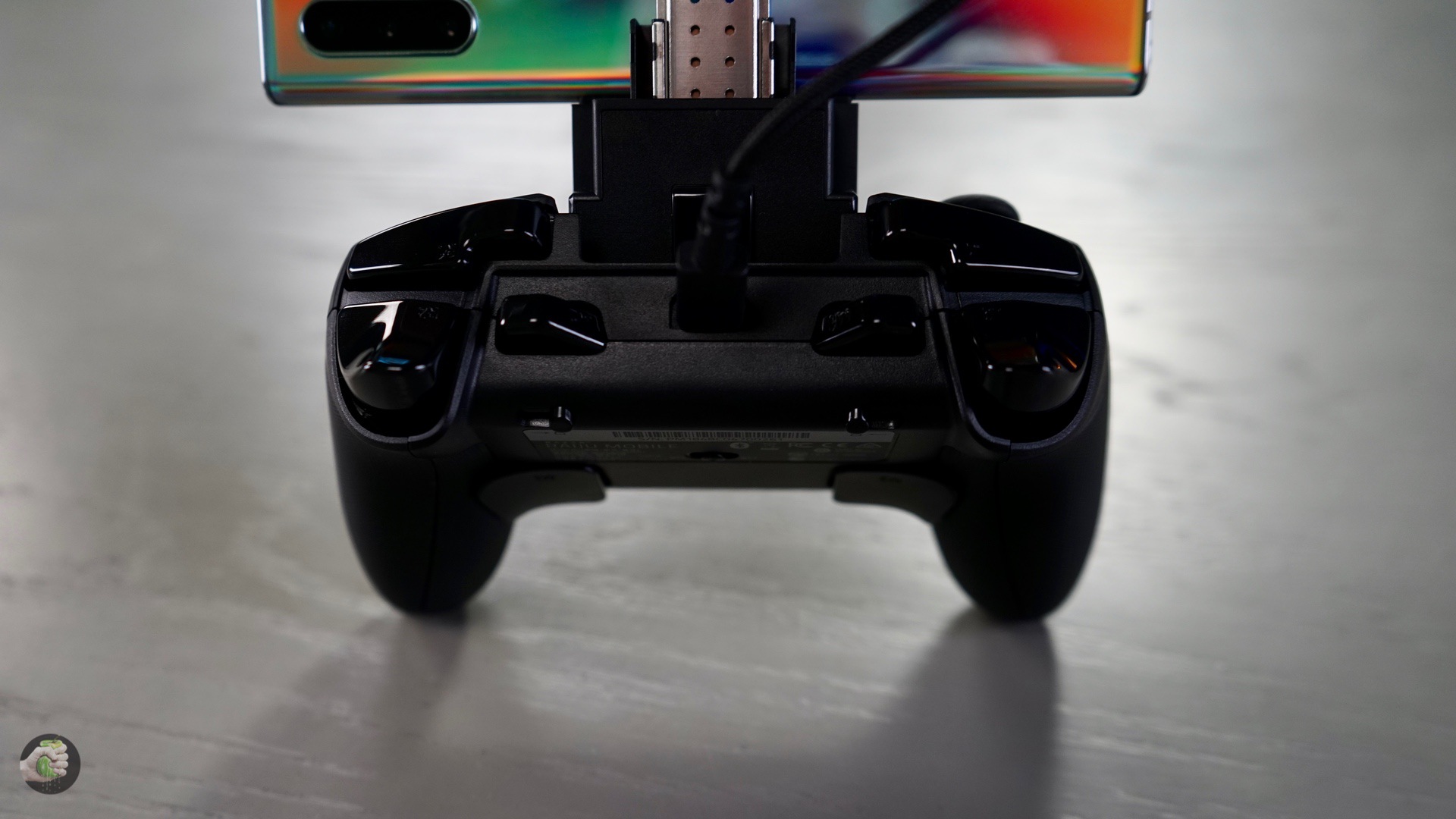 As for Raiju Mobile – the device is exotic, well, let yourself live. It turned out very well! They even provided for a calm and easy connection via USB Type-C, I'm already silent about the good old Bluetooth. A familiar design, the most comfortable sticks, triggers and buttons, a pleasant response – in general, a good thing. Of course, not for everyone. If you suddenly started thinking about buying after the release of CoD: Mobile – wait a while. As soon as support appears, I will write a post on the site, try Raiju Mobile along with Note 10+.

Internet launched the online resource Chinese 3K Assistant, which the authors announced the creation of iOS 9.3.1 and 9.3.2 for all compatible devices. The strange thing is that while downloading the exploit, you receive the error download. A tool called 3K Jailbreak designed for Windows and promises untethered iOS 9.3.1 and 9.3.2 for iPhone 6(s), […]

Apple Watch will appear back covers

Apple constantly examines the possibility of introducing Apple Watch new useful features. Some supplements can lead to serious design changes and the emergence of interchangeable rear panels, according to Apple Insider. The sensors that measure heart rate, battery and other accessories for the Apple Watch should something be attached. Therefore, 17 APR 2018, Apple received […]