Less than two weeks separate us from large presentations Samsung, under which the company will introduce the Galaxy Note 5 and Galaxy S6 edge Plus. Ahead of the official announcement of novelties in the Network leaked press photos and technical characteristics of South Korean vehicles. 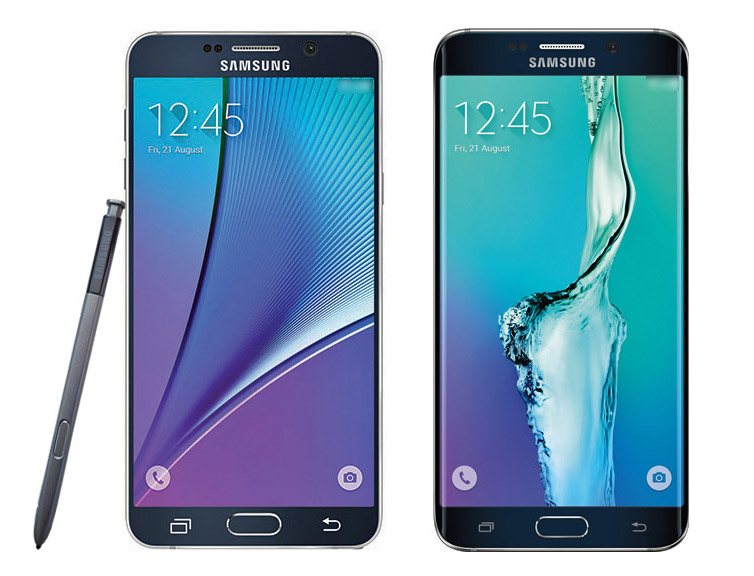 Information declassified notorious blogger @evleaks. He has posted a press photo of the Galaxy Note 5 and Galaxy S6 edge Plus and announced the main specifications of the first.

According to preliminary information, the Galaxy S6 edge Plus will be a “brother” Galaxy Note 5, only with a curved display and without a stylus. So the characteristics of the latter can be attributed to both versions.

Samsung meanwhile has quietly reduced the price of Samsung Galaxy S6 and Galaxy S6 edge in Europe. For example, in the Netherlands at the start of sales of Galaxy S6 in its basic configuration with 32 GB of internal memory offered for 699 euros, starting tomorrow he will drop by € 100 to 599 euros. And buyers Galaxy S6 edge can save on buying more. Now its 32-Gigabyte model will cost 699 euros, whereas previously its retail price on the European market accounted for 849 euros. As for the 64-Gigabyte versions of the Samsung Galaxy S6 and Galaxy S6 edge, they fell to 699 and 799 euros respectively.

We will remind, the official presentation of Samsung Galaxy Note 5 and Galaxy S6 edge Plus will be held on August 13 in new York.

In Harbin, the Russian-Chinese EXPO, the presentation of the smartphone YotaPhone the third generation, equipped with two screens. Start of sales of new products scheduled for early fall. The novelty announced by BaoliYota Technology. The main screen YotaPhone 3 has a diagonal of 5.7 inches, and the extra is a 5.5-inch matrix E-Ink. Detailed characteristics […]

Tim cook on Surface Book: Microsoft tried to create a hybrid of tablet and laptop, but in the end did not work neither

Apple CEO Tim cook criticized developed by Microsoft notebook Surface Book. My experience from the device cook shared at a meeting with students in Ireland. Surface Book that Microsoft actively oppose the MacBook is a product of that “big labor is trying to do too much,” said cook at the meeting in Trinity College. “He’s […]