It’s no secret that Apple will provide developers the ability to create extensions for Safari in iOS 9 that will block ads on websites. As we approach the release date of the update revealed all new details about this feature. 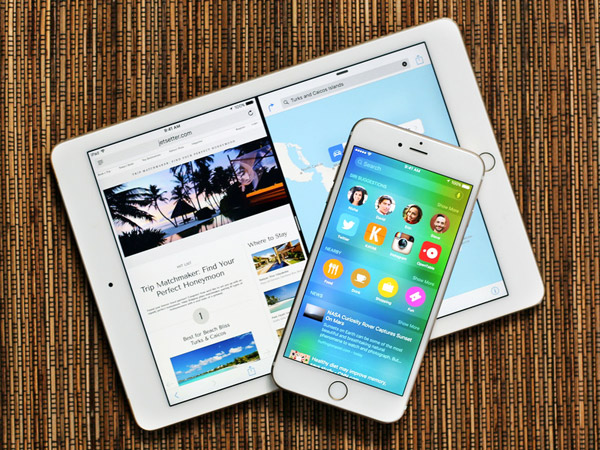 Users of iOS 9 will be able to disable banner ads, cookies, pop-up ads and other content. However, the ad-blocking feature will not work on all models of iPhone and iPad. As found Rene Ritchie from iMore, under the requirements of the Apple fall model with the A7 processor and above.

All of these devices share one thing – a 64-bit processor “under the hood”. iPhone 4, iPad mini and iPad 3 and iPad 4 are based on 32-bit systems, whereas for extensions must be used exclusively 64-bit architecture. “In the Apple want to be sure that the blockers will not affect the speed of the Internet browser,” says Ritchie.

Experts predict that ad blocking for iPhone and iPad will cause concern in the industry. This is because the audience of owners of Apple technology attractive for targeting advertisers thanks to the popularity of Apple devices. For example, Joshua Benton, Director, Nieman Journalism Lab at Harvard University, dealing with the problems of journalism in the digital age), calls this step is alarming.

Ad blocker works on all versions of Safari for Mac for several years. According to a study by Adobe and PageFair, last year the number of those who were blocking online advertising, amounted to 140 million people.

Read also:   Pavel Astakhov has urged parents not to entrust the education of their children iPad

Rumors that Apple is developing its own robomobile, appeared on the Internet a few years ago. At various times sources have talked about the different parts, but, Apple never officially commented on the rumors. This week in an interview with Bloomberg, Apple CEO Tim cook revealed some details. The head of the company confirmed that […]

Apple has patented a unique miniature fuel cell of its own design. New uses of the technology used in conventional fuel cells, lithium ion batteries and control circuits. Within the patent application describes a portable power source capable of providing “the days and even weeks” Autonomous electronics work. According to Apple engineers, the application of […]

Google+ Google app for iOS with a new design

Google hopes to attract users to its social network Google+. This week the company did redesign the service taking into account changes in the level of demand of this or that function, and now has rolled out an updated client for the iPhone and iPad. Mobile app of the social network was greatly simplified — […]