Before the announcement of the smartphone family of Samsung Galaxy S7 is still about a week. And the media continue to disclose any new information about these devices. Today, the network appeared the official promo video of the smartphone. 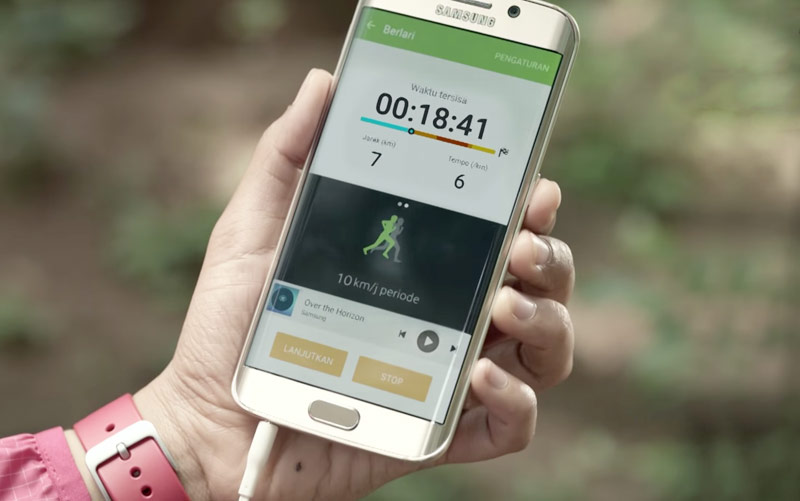 Promotional video of another unannounced handset has posted on YouTube the Indonesian branch of Samsung. The video shows the training of Indonesian archers Delly Treading that uses Galaxy S7 to improve their performance. Judging by the video, apparently the next flagship of the company is similar to last year’s Galaxy S6 and S6 Edge. In addition, the smartphone will support wireless charging and will receive a waterproof housing.

It is known that the Galaxy S7, Galaxy S7 Edge will be released in versions based chips Exynos or Snapdragon 820 8890. The smartphone has 4 GB of RAM, 12-megapixel camera with BRITECELL sensor and a fingerprint scanner. Original Samsung Galaxy S7 is equipped with a 5.1-inch display with a resolution of 1440х2560 points and a battery of 3000 mAh, while the Galaxy S7 Edge comes with a larger 5.5-inch curved screen with the same resolution and battery at 3600 mAh.

Samsung Galaxy S7, Galaxy S7 Edge will be in stores in silver, black and gold casing.

The Taiwanese company Absolute Technology has announced the release of the product that allegedly improves the quality of the iPhone and Android devices. The technology, dubbed Linkbook Pro is a case-book for the smartphone with built-in passive antenna. It and the secret accessory. As stated, “interacting with mobile antenna”, the antenna Linkbook Pro based on […]

If you were waiting for the appearance brand of the monitor from Apple, then perhaps you should pay attention to devices of other brands. As found by the Nilai Patel from the Verge, the company abandoned plans to develop and manufacture its own monitors. In comments to Patila, Apple representatives confirmed the closure of any […]

LeEco flagship chip Snapdragon 823 ahead of the performance of the iPhone 6s, typing in AnTuTu over 154, 000 points

In early June it became known that the first smartphone based on Qualcomm Snapdragon 823, ahead of their competitors, will release the company LeEco. Prior to its exit is less than a week. An anonymous source has posted online the Chinese smartphone, the screen which shows the result of performance testing in the benchmark AnTuTu. […]