Thanks to the iPad Pro, using the Smart Cover can turn into laptops, Apple has managed to improve its position in the market of tablet computers. Dailycomm reports about it, citing a study by Strategy Analytics. 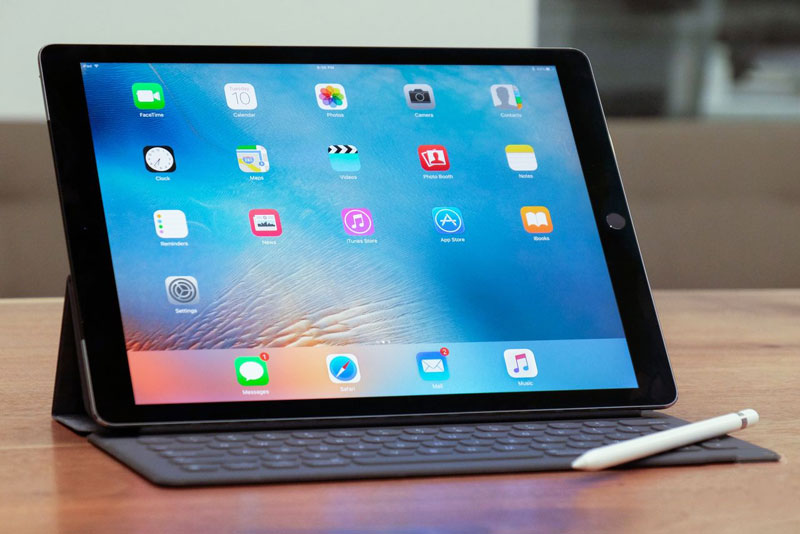 According to analysts, in the third quarter of 2016 Apple released the iPad 9.3 million, which corresponds to almost 20% of the total market. Shipments decreased by 6%, which is better than in the previous periods. The entire tablet market fell 10%, to 46.6 million.

Apple is showing signs of recovery thanks to the iPad Pro. Due to them the average cost of “Apple” tablets increased by 6% in July-September 2016 compared to the same period of 2015. The average price tag for the tablet market rose 7%, helped by the growing interest of manufacturers to hybrid gadgets.

“Although strong demand for tablets “2-in-1″ leads to an increase in average sales price, the price of these devices decrease to a level favorable to the consumer has changed one or more computer devices on the hybrid tablet. This trend and the growing use of devices in companies based predicted wave of growth for the next few years,” said Strategy Analytics analyst Eric Smith.

In the analytical study also found that the second largest producer in the world tablet PC remains Samsung, whose share in the third quarter of 2016 amounted to 14.1% compared to 15.3% a year earlier. Shipments from the South Korean electronics giant fell by 17%, which was the strongest decline in the top five.

Lenovo, coming after Samsung release tablets on an annual basis, decreased by 11% to 2.7 million units. The market share of Chinese vendor was 5.8%, slightly changed from last year.

READ  How to hide app icons in iOS 9 without jailbreak

In fourth place is Huawei, who completed the third quarter of 2016 with 2.5 million released tablets and 5.4% market share. A year earlier these figures were measured at 2.2 million units and 4.3%, respectively.

The strongest of all the increased business Amazon: in July-September 2016 delivery of the tablets of the company jumped by 119%, to 2 million, and share of world sales to 4.3% from 1.8%.

Media: iPhone 8 will come in four color options, including the new “mirror” model

Blogger Benjamin Gaskin, known for its connections with supply chain producers, has shared new insight about the expected features of the next generation of Apple’s smartphone. Apple plans to hold a big announcement in September, where there will be the presentation of the iPhone 8. As reported by MacRumors, the device will be available in […]

Samsung invests $7.4 billion in the production of flexible OLED screens for future iPhone

Samsung invests $7.4 billion in the production of OLED displays for iPhone. We are talking about flexible screens, which will find application in smartphones Apple next generation. The investment will be spent over the next two years. According to IT the Korean edition ETNews citing their reliable sources, Samsung and Apple are close to an […]