A novice designer under the name SCAVidsHD, inspired by the appearance of Samsung Galaxy S6 edge, has created the concept of the new smartphone iPhone 7 Edge. The device borrows some characteristic devices South Korean brand design elements. For this reason, the curved sides of the display cannot be called fresh. The additional plane of the screen the designer proposes to use for notifications. 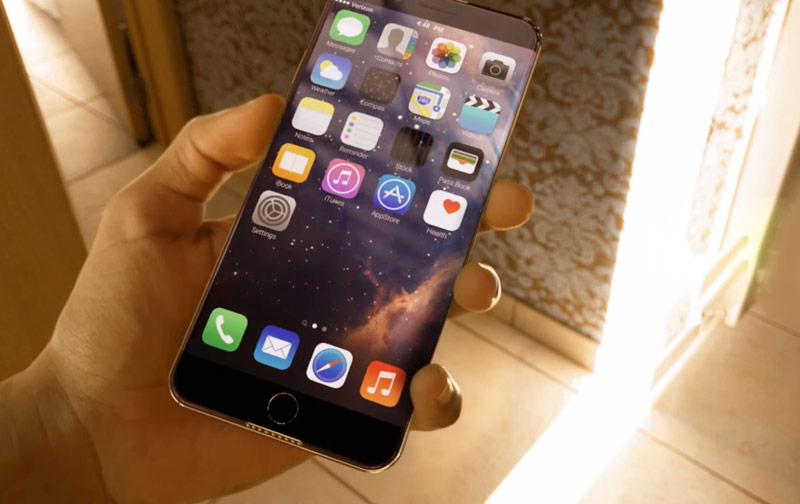 A video published on the website of the designer in YouTube. Based on the design of the current iPhone 6s, but the greatest interest causes the display here. So, in this concept we can assume, as in practice may be implemented a flexible display. The principal difference iPhone 7 Edge from its predecessor is that now the edges of the housing are curved on both sides. According to the designer, formed by bending the display face of the Communicator may receive additional information such as weather, incoming notifications or text messages.

Edge iPhone 7 boasts a 5.5-inch 2K display, a Apple A10 processor, 4 GB of RAM and battery capacity of 3500 mAh. On the front side of the phone are the stereo speakers on the back is a powerful camera with a resolution of 16 megapixels. Offered several colors of the case.

The value of the concept, according to SCAVidsHD, is that it allows you to look at iPhone with a curved side faces on the screen. However, it is hard to believe that this will ever happen in reality.

Photo of the day: the motherboard of the iPhone 7

In the network appeared the first photos of the PCB of the iPhone 7. Spread the pictures along the way, sources have confirmed the specifications of the new device. That said the insiders, was not a revelation: Apple will retain the same form factor of a smartphone, and instead focus on its internal content. Published […]

In the digital App store temporarily became a free game from the Studio Chair Entertainment created based on the Unreal Engine, which in a sense was a revolution on iOS. We are talking about the fastest selling game on the Apple platform called Infinity Blade. On the one hand, the creators of Infinity Blade set […]

Samsung introduced a new smart watch Gear S2 on Tizen OS. The novelty is enclosed in a housing, the appropriate standard of protection IP68, and got two buttons on the case with a rotating bezel that is used to navigate through menus. Worn on the wrist of the product will be produced in versions Gear […]