Toyota has revealed the next generation Lexus IS sedan. He became more athletic thanks to the work of engineers to strengthen the body, and also began to look … More attractive? But there were also losses: none of the versions will enter the European market, that is, it is unlikely to appear in our countries. But the latter is not surprising – the model has not been sold with us for a long time.

Toyota cars can hardly be called beautiful. Their design is very specific, but there are pleasant exceptions. For example, Toyota Supra. Lexus is a subsidiary of the company. And it, too, cannot be blamed for beauty: can LX, GX, LX and other models be called such?

The new IS continues the tradition of Lexus. But for some reason, this grotesque false radiator grill came to his face: 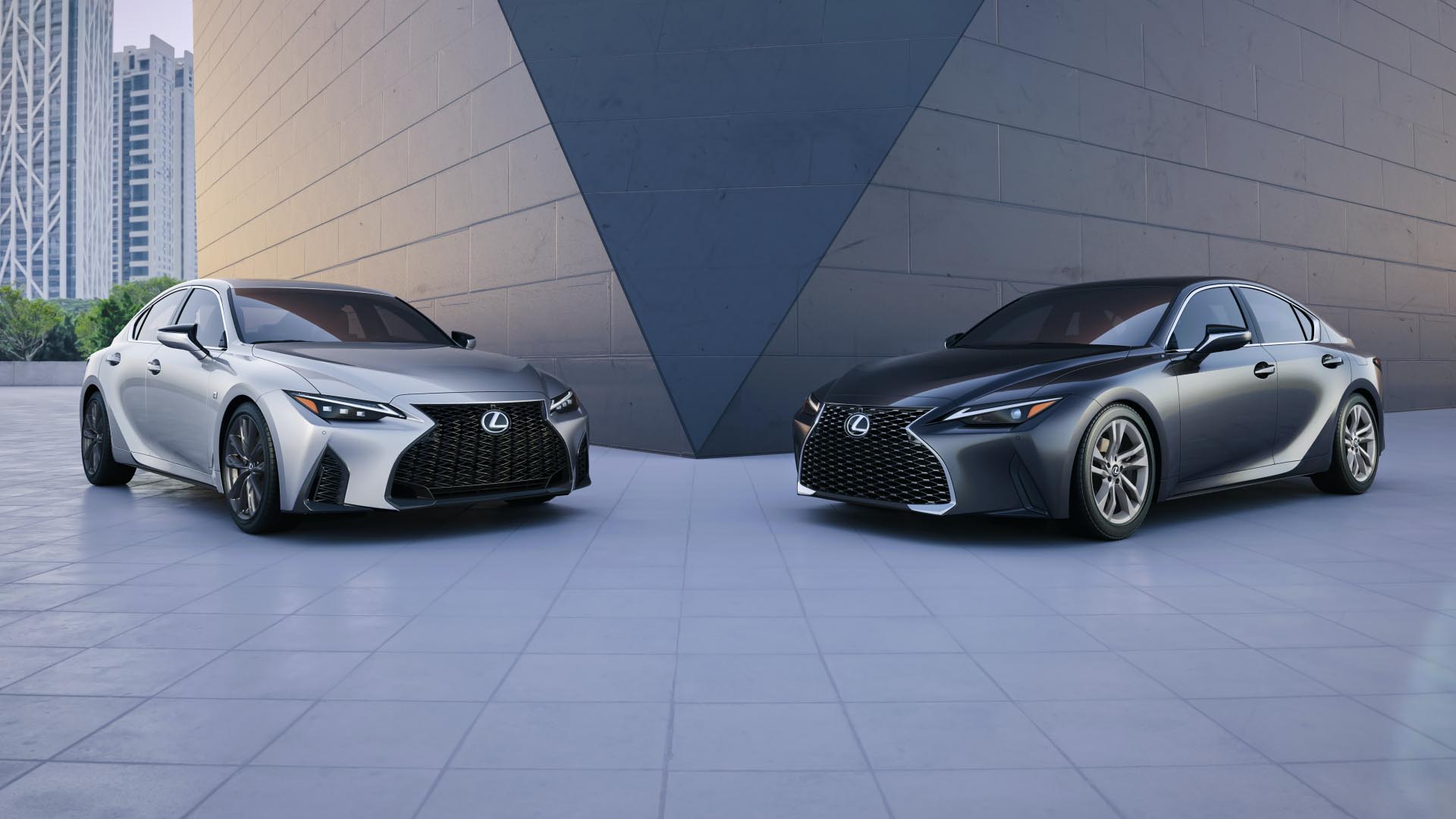 At the back, the car resembles the stormtroopers from the latest Star Wars: 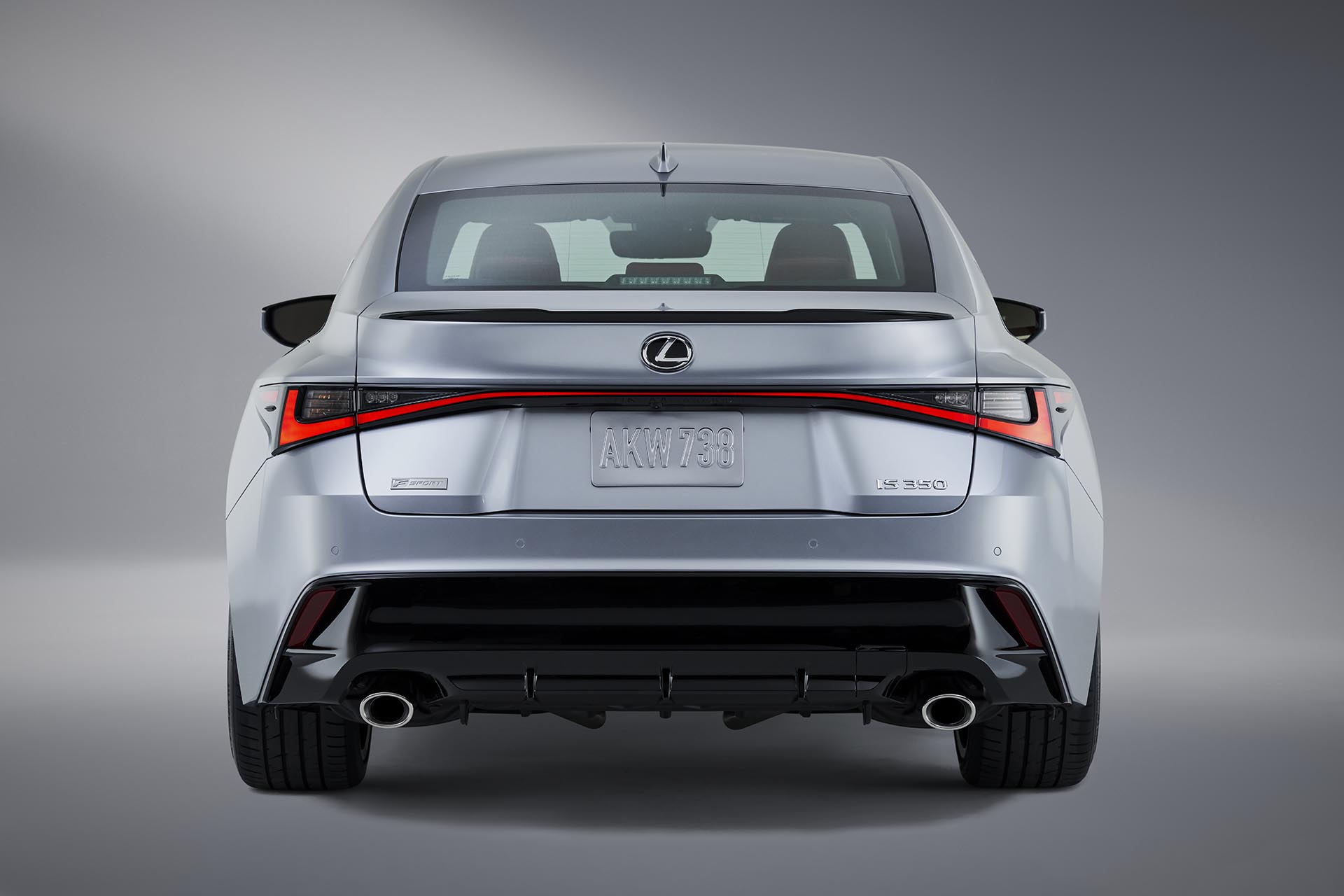 In the most basic version, 18-inch wheels will be available, and for the F-Sport version they will already put 19-inch wheels: 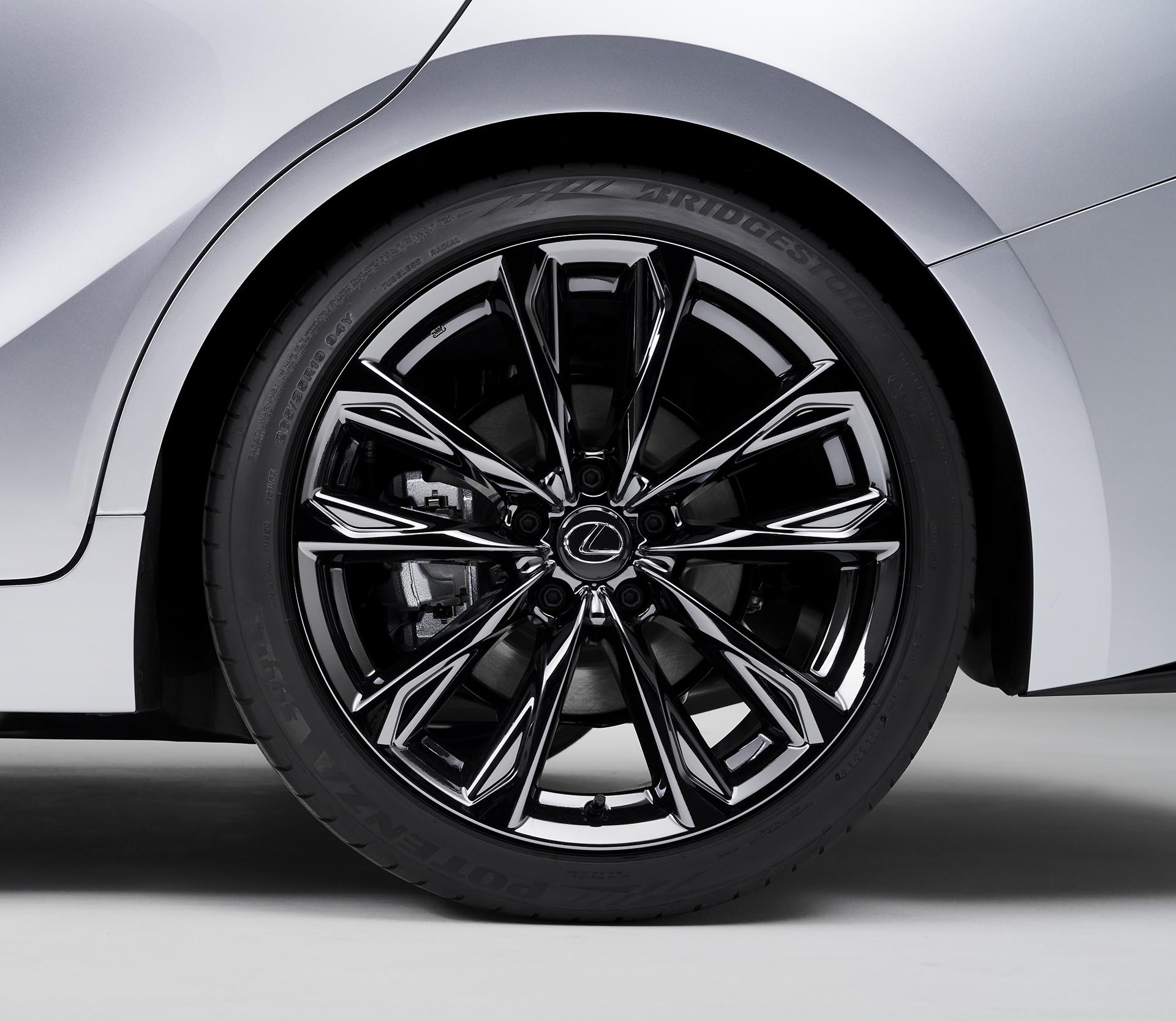 The interior has changed little. And he would have looked nice if not for the steering wheel from zero: 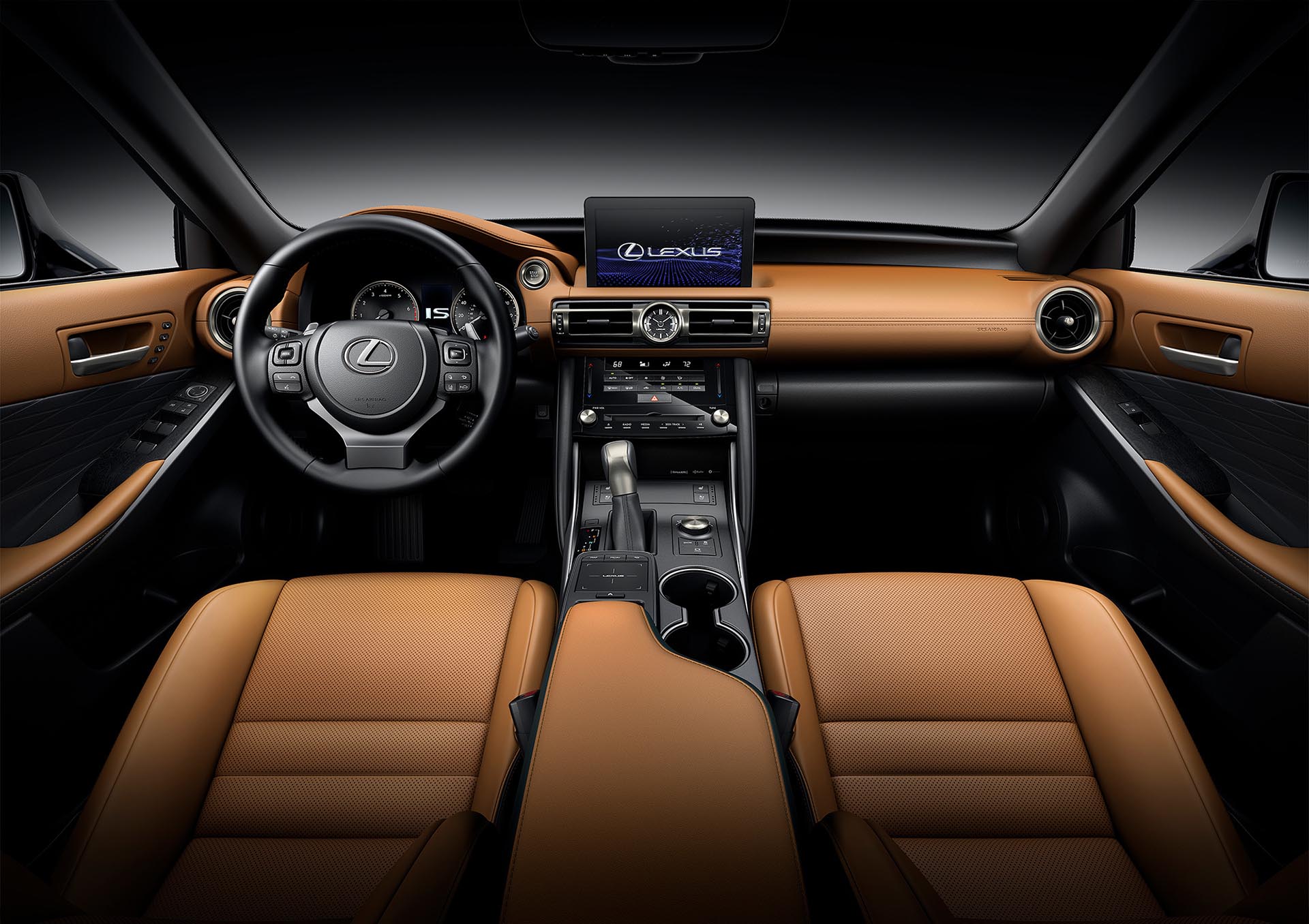 Salon can be ordered in black and red version. But this case looks somehow gone too far: 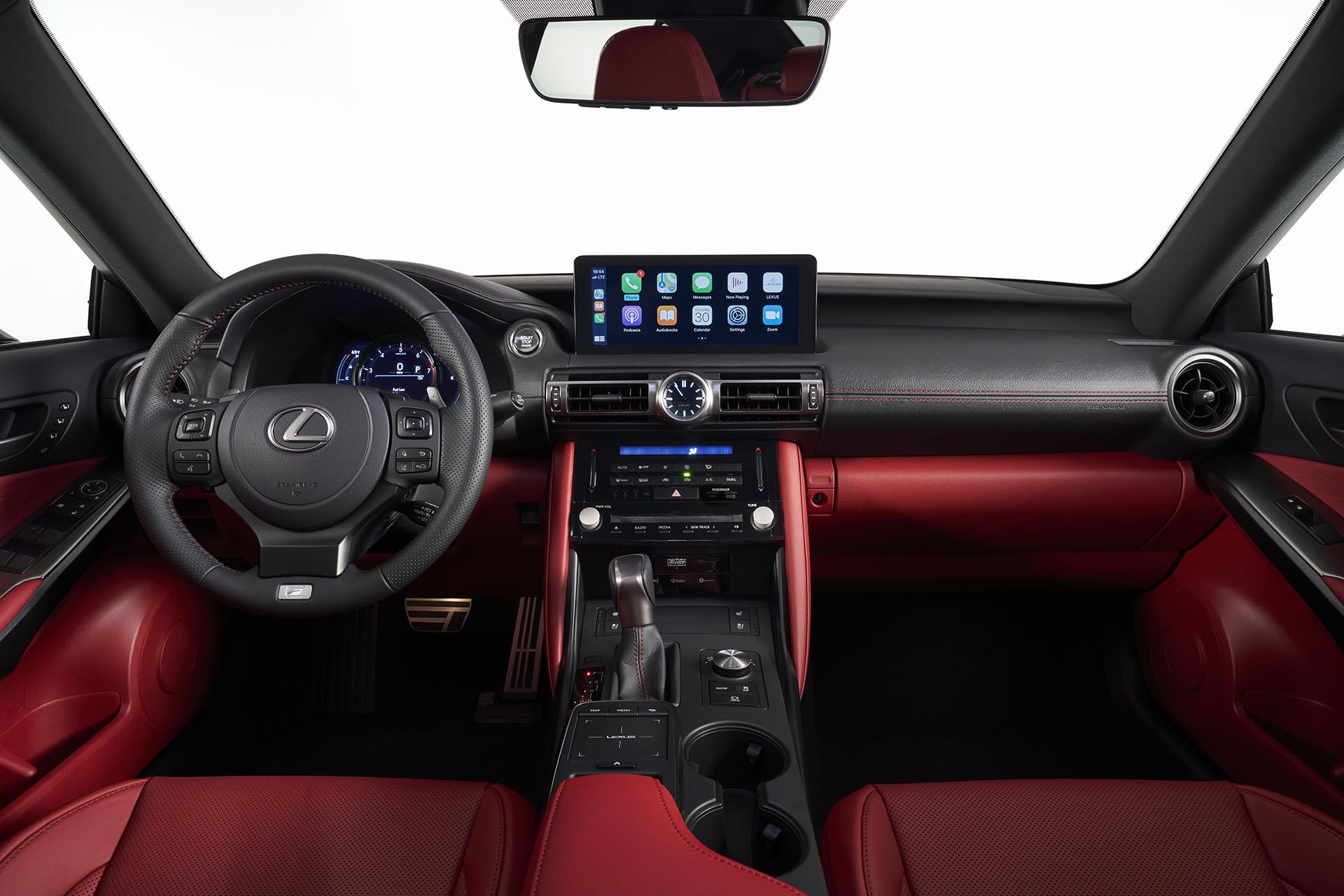 The car received support for CarPlay, Android Auto. All of this is displayed on the new 8- or 10.3-inch touch screens. If you suddenly want to listen to music loudly, then you will be offered the optional Mark Levinson audio system with 17 speakers. Its RMS power is 1700 watts (one thousand seven hundred, I was not mistaken). To control multimedia, a touchpad appeared on the central tunnel. Previously, its function was performed by a joystick.

The new Lexus IS is not about changing engines. They remained the same here. It is about stiffness and relief. And this is not surprising, because this car was made for the track Shimoyama, located in the recently opened Toyota Technical Center Shimoyama. May and Clarkson are unhappy. 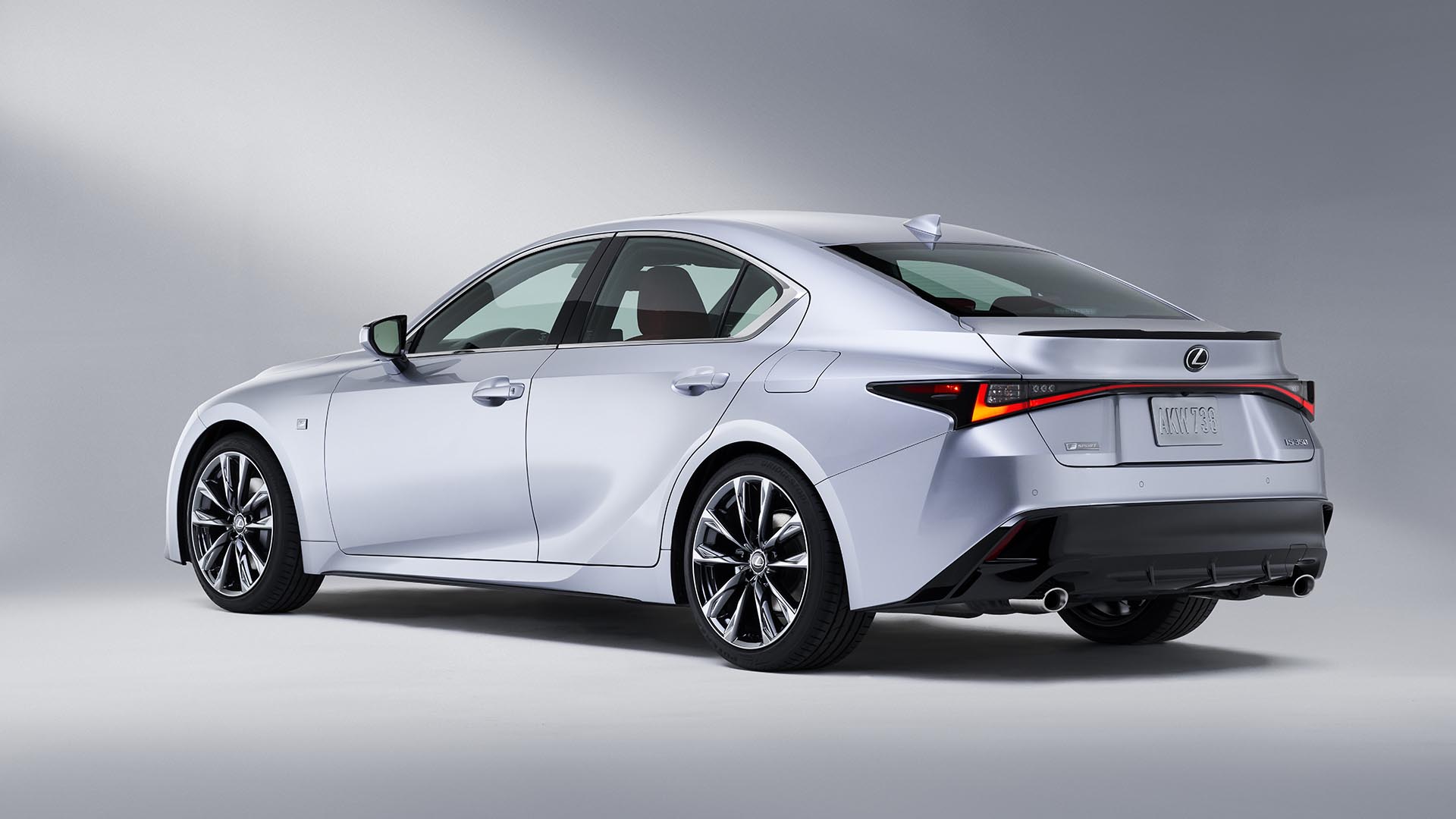 The rigidity of the body was increased due to the strengthening of the side supports of the radiator, as well as an increase in the number of welding points of the front side member. Engineers long sought out all possible sources of vibration and noise.

Relief affected the suspension. For example, the springs became 20% lighter, the A-shaped levers made of forged aluminum – by 18. The anti-roll bar became lighter by 18%. 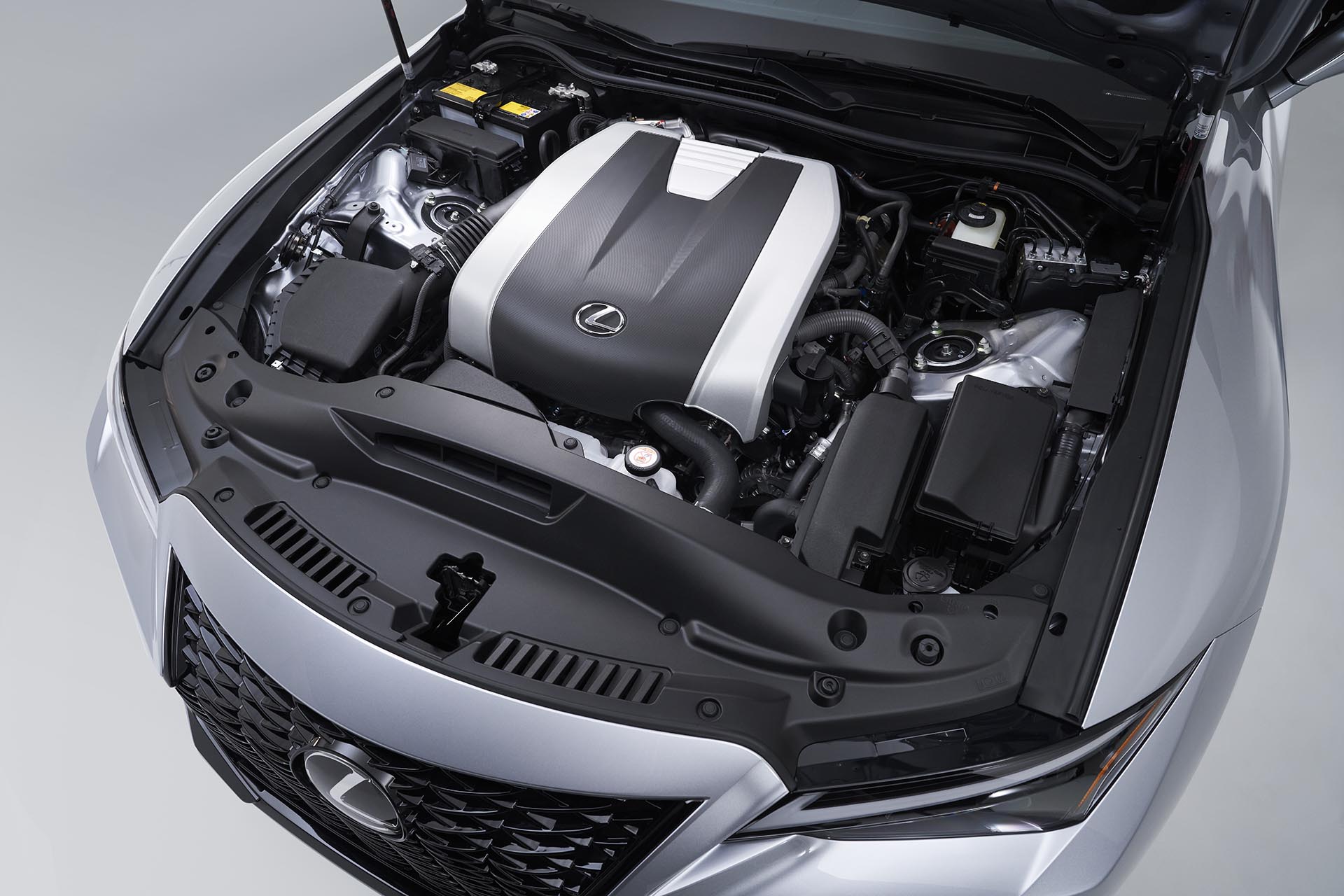 The engines, as I said, remained the same, so let's go over them briefly:

F-Sport is based on the IS 350. It has more sporty bumpers, large 19-inch wheels, sports seats, red interior color. Only for this version is the optional Dynamic Handling Package available. It includes the most extreme Sports S + mode, 1.8 kg lightweight forged BBS wheels, adaptive suspension and Torsen self-blocking.

Already in the basic version of the Lexus IS 300, the Lexus Safety System + is included – this is a complex that includes a camera and radar, a lane keeping system and adaptive cruise control.

A hybrid version will appear, but nothing is known about it yet. 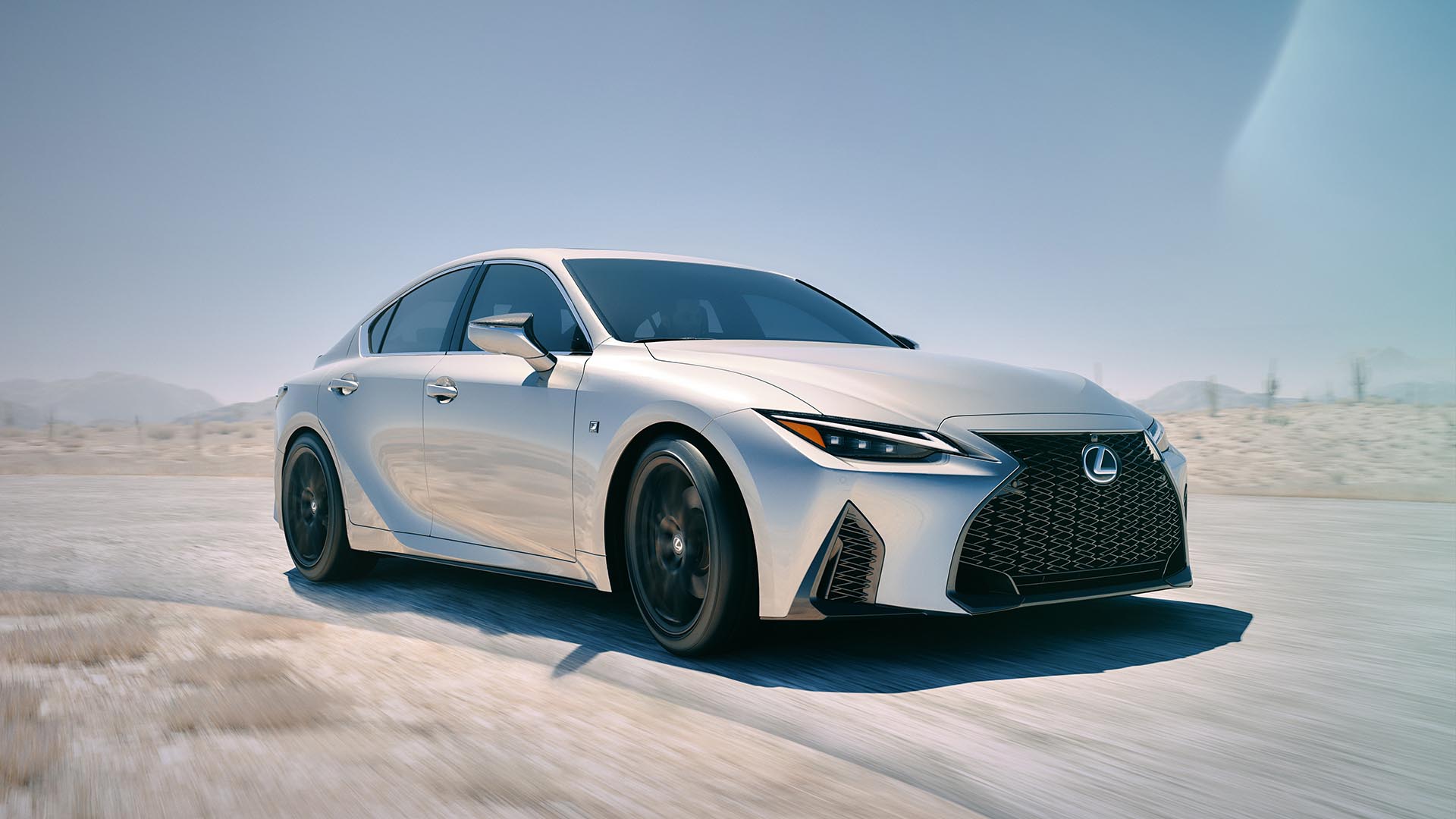 First of all, Lexus IS will appear in the US market. It will happen in late autumn. Later, the car will appear in Asia, the Middle East, South America and Australia. Prices are still unknown.

Many people sincerely wonder why “overpay” for the iPhone. “My Xiaomi works the same and costs three times cheaper,” they say. If you ignore the brands and specifications of gadgets and compare smartphones in real conditions, here and manifest those very factors why people choose iPhone and not another Android flagship. The YouTube channel EverythingApplePro […]

Does the recently released iPhone 11 Pro shoot well? By the standards of smartphones – just fine. Can you compare it with a serious technique? A. YouTube channel Photoshop Dad conducted an experiment. Against the iPhone 11 Pro put Fujifilm GFX100 with a resolution of 100 MP. Its cost is about 760 thousand rubles. On […]

Company Qube intends to press the leading manufacturers of smart lighting systems with a new model of the bulb, which competes in the market due to simplicity and low price. The creators of the product called novelty “the cheapest in the world smartest light bulb”. Raising funds for the release of the device was launched […]