One of the major innovations in the iPhone 6s and iPhone 6s Plus displays with support for 3D Touch. This technology allows the smartphone to recognize force pressing on the screen and to reduce the number of actions needed to perform a task. 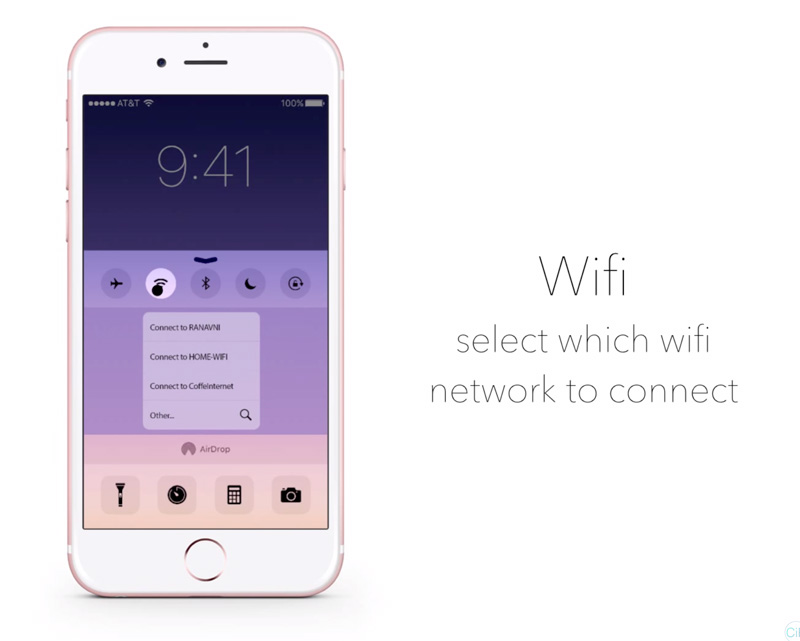 3D Touch involves the use of quick actions: one tap on the application icons on the home screen, you can navigate to the different functions. For example, tapping the camera icon on the desktop lets you instantly take a selfie, take a video or go to the advanced functions of the camera, and pressing with force on the “Messages” icon to create new message or to contact one of the friends from the list of favorite contacts.

At the moment, fast action 3D Touch only work for system apps, but thanks to the API, developers can implement support for any program.

Designer named ran Avni offered to use the 3D Touch is not only for icons or apps, but for iOS 9. The principle of the work he showed on a video on YouTube. Thus, the pressing force on the icons for wifi and Bluetooth control center will quickly switch to network interfaces. As a result, on entering the OS setup, you can connect to any wireless network or pair with Bluetooth device.

The work of the designer can look at the video below:

It is worth noting that recently the company Synaptics, a manufacturer of touchpads, fingerprint sensors and controllers, has announced the analogue of 3D Touch for Android. Technology that recognizes pressing power and opens up new types of interaction with the smartphone: holding your finger on the screen, you can enable auto-scroll or to open the context menu.

Apple has released the first ad for the new 10.5-inch iPad Pro [video]

Apple has released the first promotional video of the new 10.5-inch iPad Pro, designed for broadcast on television. Video posted on the official YouTube channel of the company. The main feature of iPad Pro is its “frameless” display. It supports the new technology ProMotion, which provides a refresh rate up to 120 GHz and provides […]

iPod touch was named the most secure device for communication

Explorer resource Wired Joseph Cox called multimedia player iPod touch the most secure means of communications in the Network. The article on the website the journalist gives some convincing arguments in favor of buying the gadget. iPod touch in terms of protection superior to many of the governmental unit, said Cox. The device from Apple […]

Yandex announced an update to functionality for the cameras, the accident and repair work in the mobile application Yandex.Navigator. The updated program allows you to set the speed threshold, after which the Navigator will alert the user to the cameras. In addition, Navigator is now visually identifies road event and takes into account the current […]