Less than a month is left before the release of iPhone 11, and Caviar has already opened pre-orders for the smartphone. And there will be several models.

The cheapest will cost only 289 thousand rubles. Pff, what pennies?

It is dedicated to the 50th anniversary of the Apollo 11 mission. What are non-Orthodox references? It's still not some kind of Hasselblad!

It looks well … You yourself can see everything: 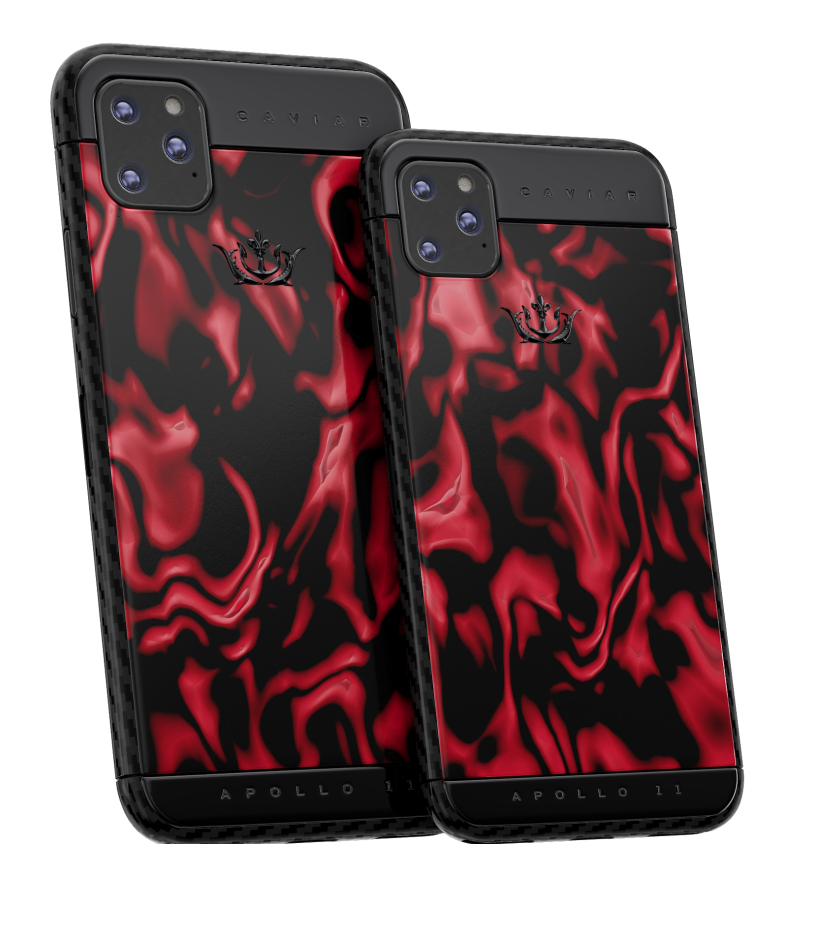 And this is a protected iPhone! But not from listening to hostile FBI and all sorts of MI-6. The phone is protected by Kevlar, titanium and composite materials.

Caviar claims to be happy to provide one sample to NASA or Roskosmos employees so that they can conquer the Earth’s satellite once again with an iPhone in their hands. A total of 50 copies will be released.

But the version is more expensive: 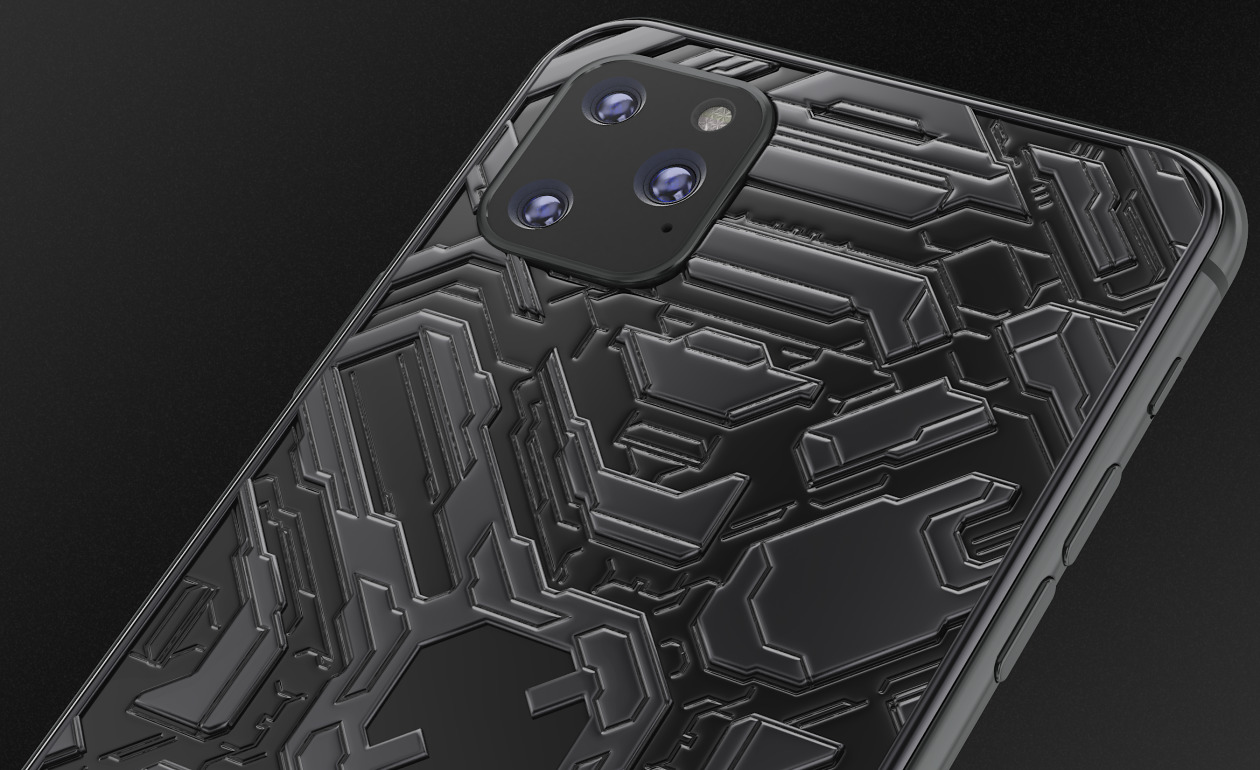 The version is called Explorer. It costs 299 thousand rubles. Why the smartphone is so called is not told. I will give the floor to the company itself (punctuation and spelling unchanged):

The courageous and strong design, born of the tandem of composite stone and titanium, impresses with its originality, endurance and strength. Expressive reliefs, the play of volumes and textures make this model incredibly spectacular.

But if this is an iPhone for miserable beggars, then how do you like the iPhone 11 Soyuz? 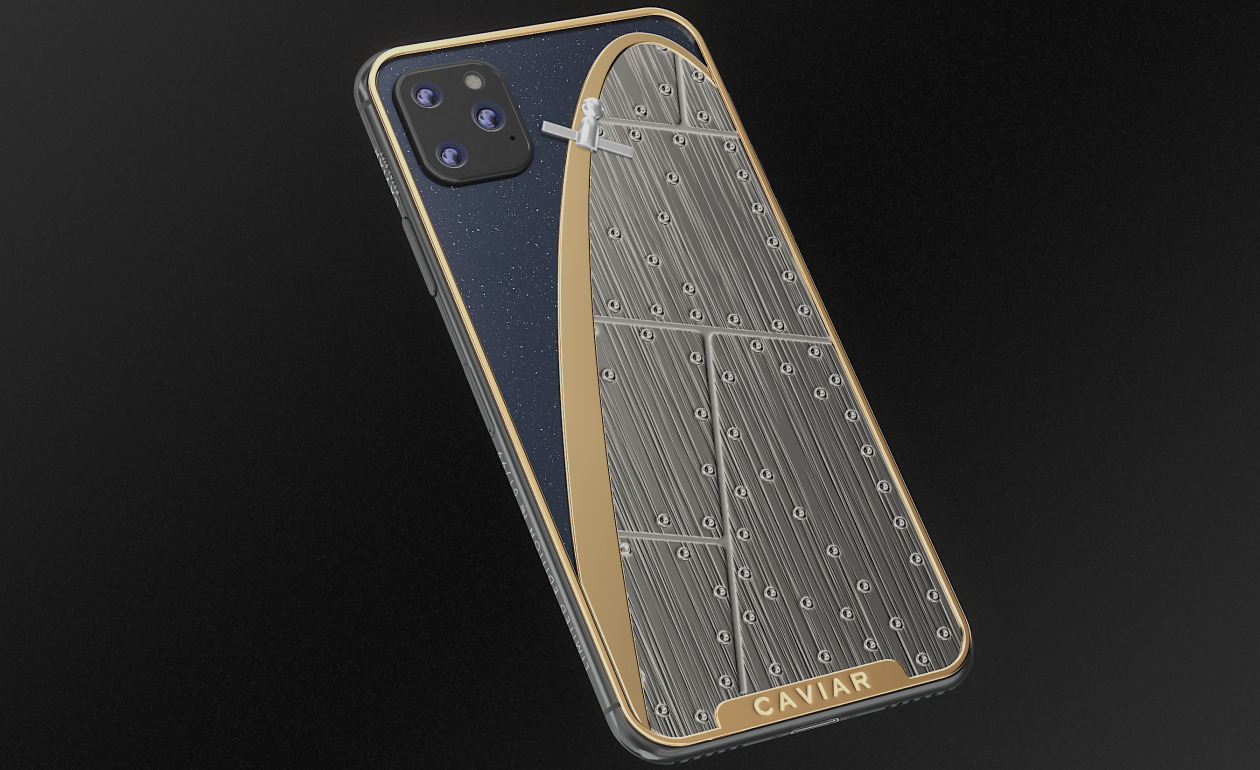 Will I be a complete pervert in your eyes if I say that I even liked this iPhone? It does not seem to be very expensive – 339 thousand for the version with 64 GB and 372 thousand for 512 GB. Okay, not bad already!

A unique and amazing design nuance is that a fragment of a real spaceship was used to implement this model! It is included in the "body" of the miniature "Union".

But this is an interesting point. And here without any irony and jokes. I know a few people who are ready to give some money for real space stuff.

The next version is Singularity. Price from 369 thousand. They say that the designers of Caviar were inspired by the first photos of the black hole. 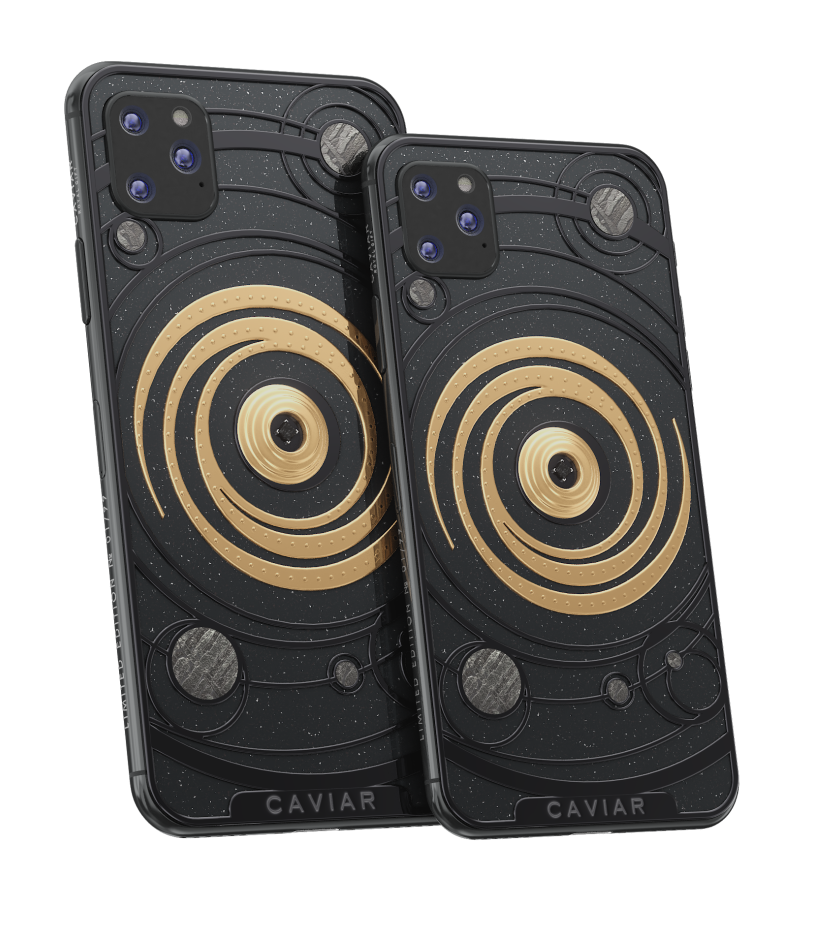 Well … And again I will give the floor to the company representative, preserving the original spelling and punctuation:

In the spring of this year, the first pictures of the Black Hole appeared – an event whose significance is huge for science and humanity. Having studied them, and inspired by them, Caviar designers created a new luxurious design.

And two versions remain. Both are dedicated to the universe. They are called appropriately: Universe and Universe Diamond. The first is not very expensive – 479 thousand for the basic version of 64 GB. 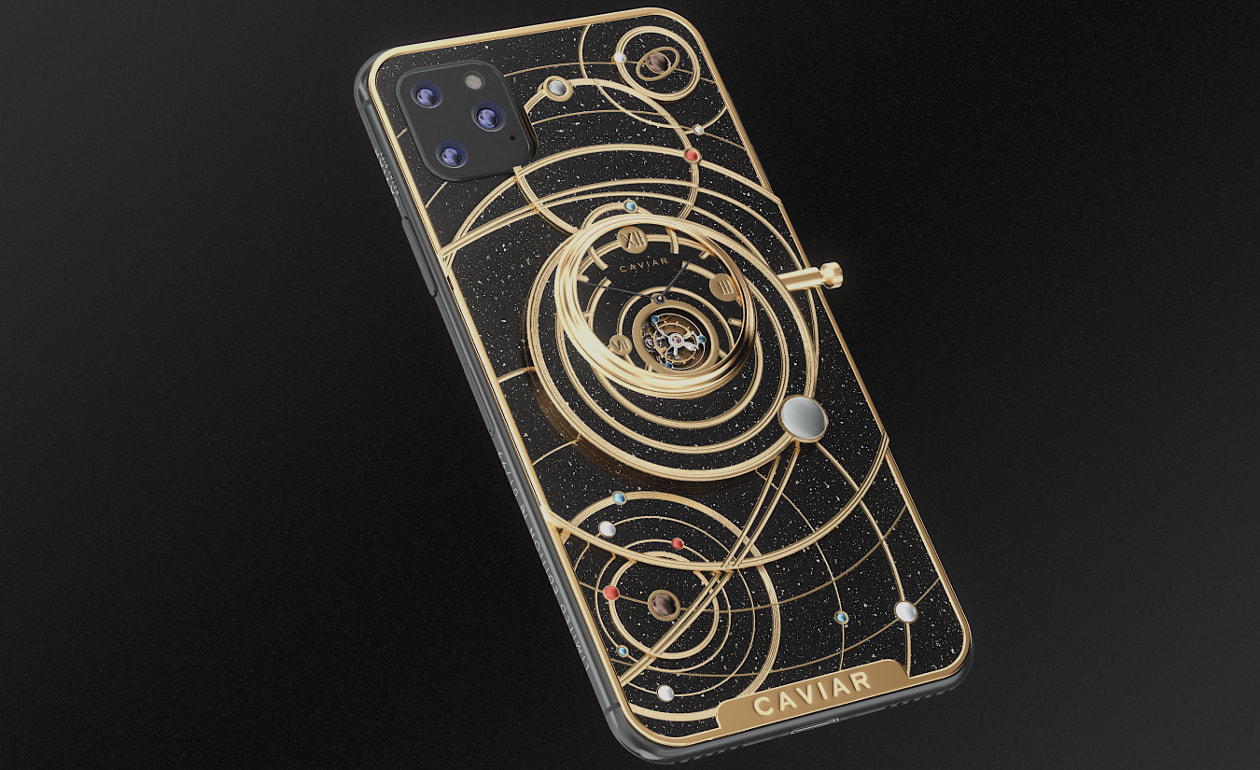 As I like to repeat, no one will describe Caviar creations better than Caviar itself:

The solar system is depicted on the device’s case, of course, a smartphone is not a textbook on astronomy, therefore the space image is presented in a free stylistic interpretation, but, without a doubt, you will feel the greatness, sublime power and power of this beauty. 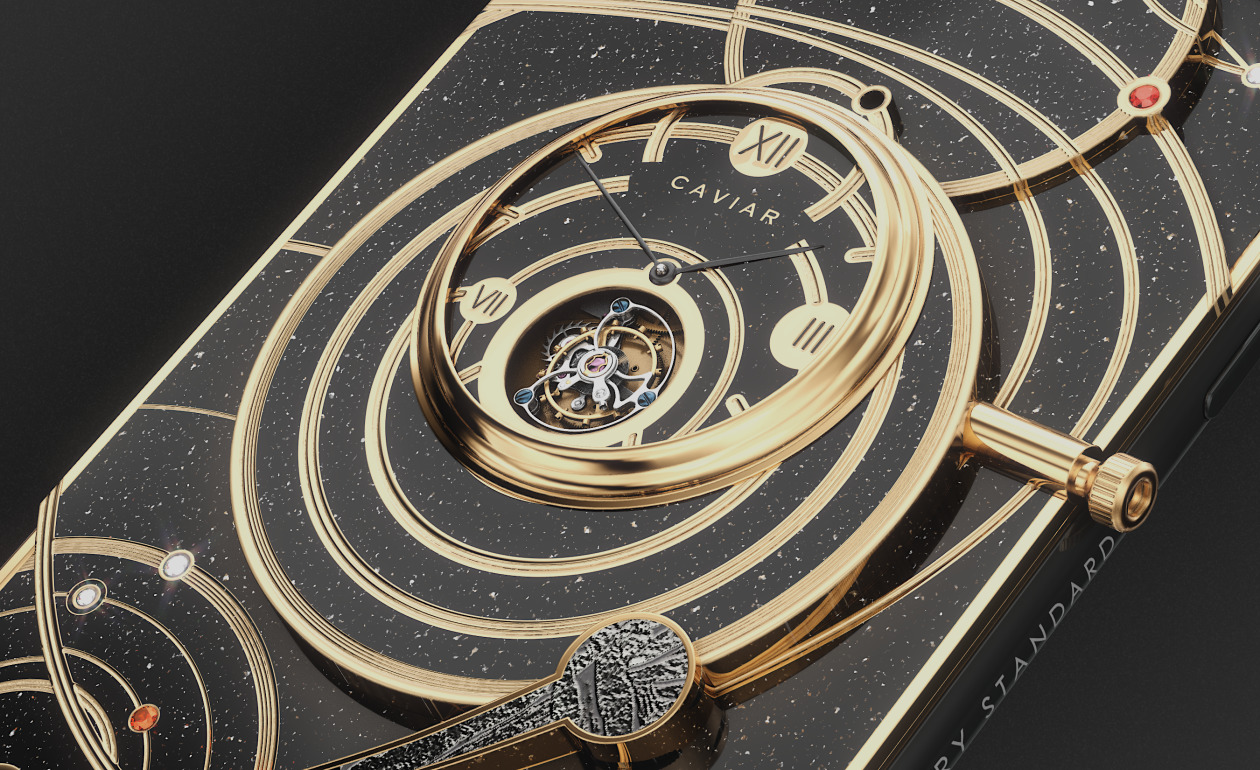 In total, one instance of the iPhone 11 Universe Diamond will be released. It is up to the buyer to decide how much storage he wants more. 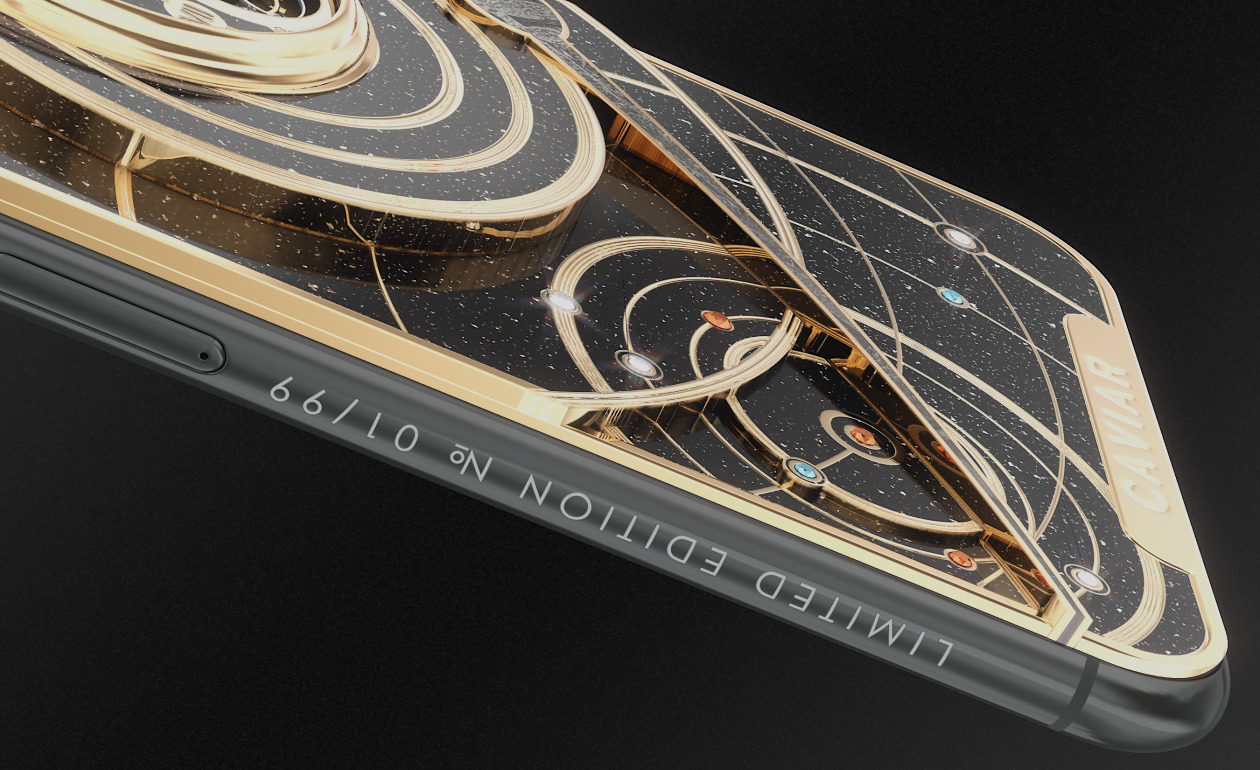 So I liked that you need even more photos: 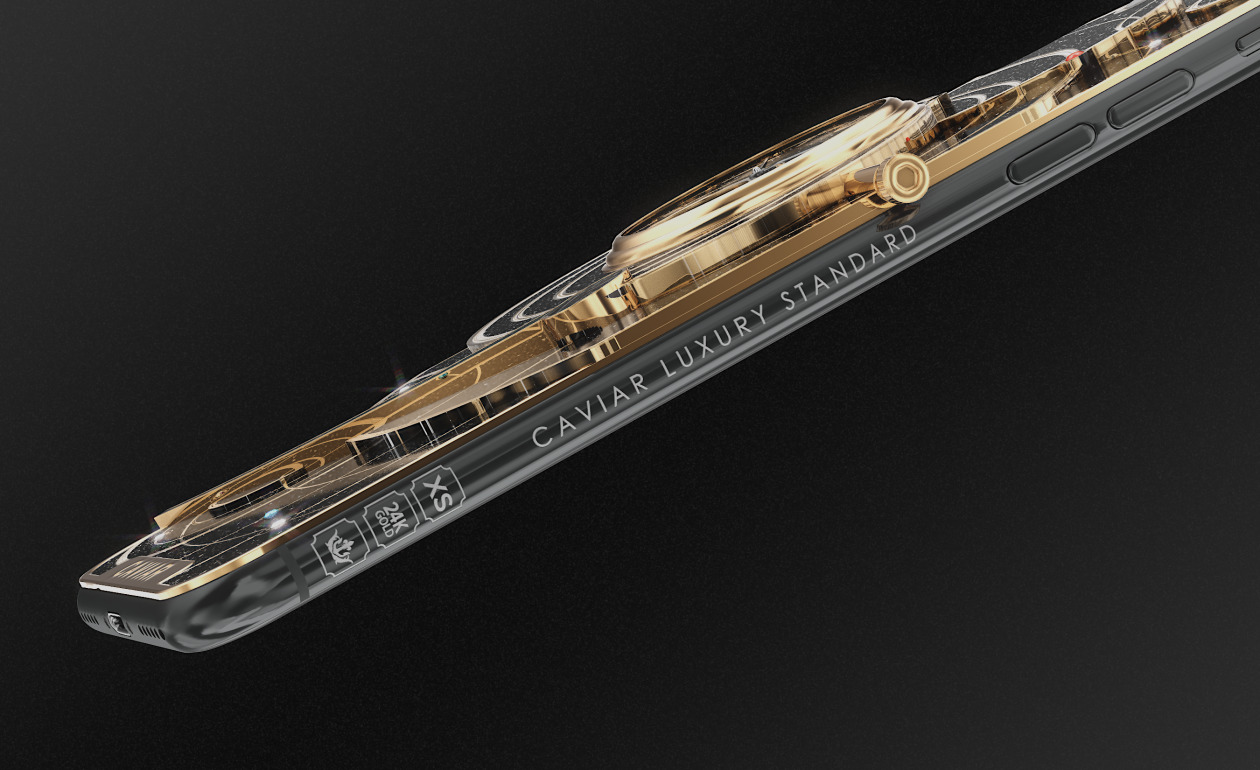 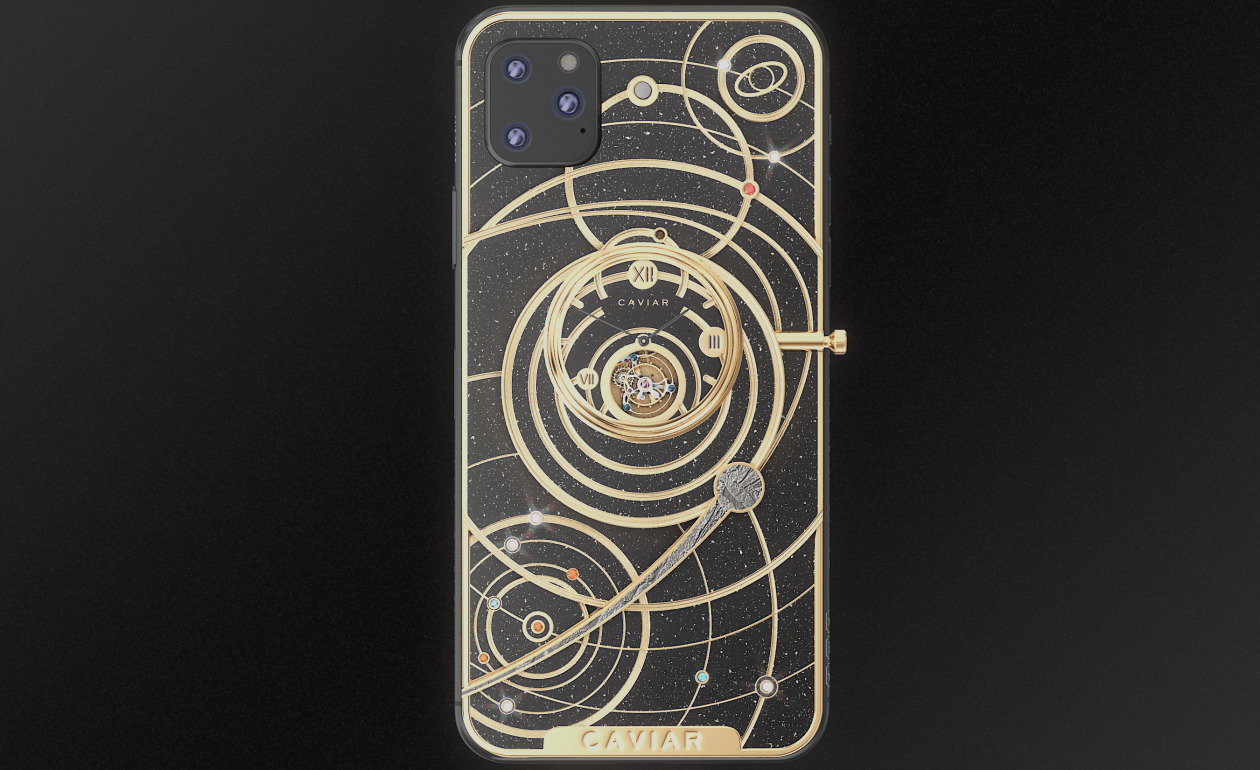 Here's what Caviar herself says about this smartphone:

The design of this phone is unique, we accomplished the impossible to create it, because the design of the case used not only precious materials, dazzling diamonds, majestic rubies, topazes of the most valuable and bright color, but also real artifacts of space odysses – an authentic fragment of a spaceship visited beyond the orbit of the Earth, and even a particle of the moon.

All these treasures are located on the smartphone case and are inscribed in a miniature of the solar system. Also, the smartphone is complicated by a mechanical watch with a tourbillon.

The model will be released in 1 copy, its cost. Now the development of a unique concept is stored in a secret place.

What happened to the last paragraph is completely incomprehensible to me. It is very strange when you offer a smartphone for 3 million rubles, but you can’t afford a corrector. Anyway.

In general, a good such smartphone comes out. What is the difference what kind of camera there will be. What difference does it make there will be a new powerful processor. The main thing is the style and the feeling that you have an exclusive thing in your hands!

5 updated apps that are worth paying attention to

Talk about the latest updates in the App Store. Drafts 5 The developers of Agile Tortoise has recently released a major update to its advanced semitechnical Drafts. This application to create drafts of text that supports markup markdown, java scripts, and automation with other applications. In Drafts you can write anything from large articles to […]

Roskomnadzor decided to check out the emoticons on gay propaganda

The emergence of the gay emoticons on your iPhone, iPad, and later in social networks could not fail to arouse the indignation of representatives of the Supervisory authorities. Roskomnadzor turned to the Young guard of United Russia” with the request to check Emoji on propaganda of nontraditional sexual relations among minors. As reported by “Izvestia”, […]