Few people know, but presented in September 2014 Apple watch were not the first device of the company in this market. Debut 30 years ago: the original chronometer “Apple” brand showing scanned photos of catalog products Apple 1986. 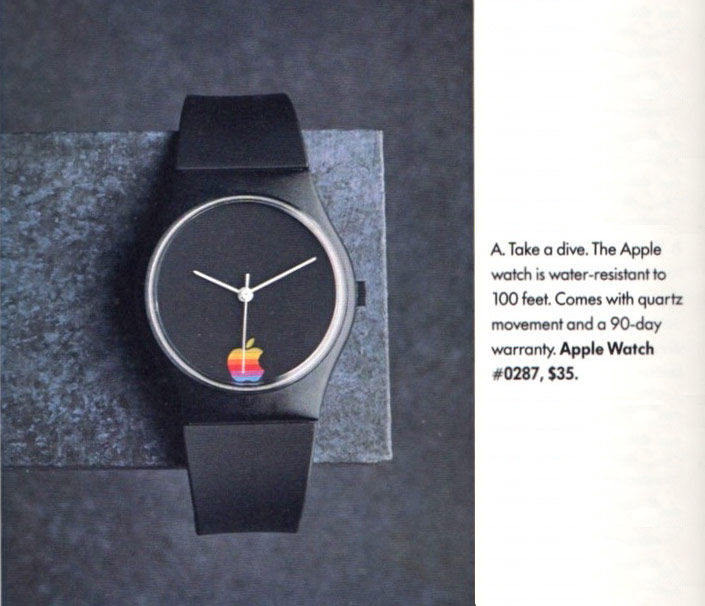 Internet users found the resource Imgur pictures showing the collection of fashion accessories, Apple released three decades ago. In the catalog, in particular, are quartz watches that are named the same as the new 2015 release, is Apple Watch. Everything about them was totally forgotten and not remembered until the advent of “smart” models.

Watch Apple 1986 could only show the current time, and their design was made in the style of those years. In the device description specified that it is moisture proof and can withstand immersion in water to a depth of 30 meters. The gadget only cost $ 35.

We can only guess what kind of money would be willing to pay collectors for this model. Although it does not represent a particular interest from the point of view of technique, it’s just a watch and nothing more. However, the Apple Watch cannot formally be called the first clock to the “Apple” of the company.

In addition, the catalog of products Apple presents wall clock, produced by the German company Braun. 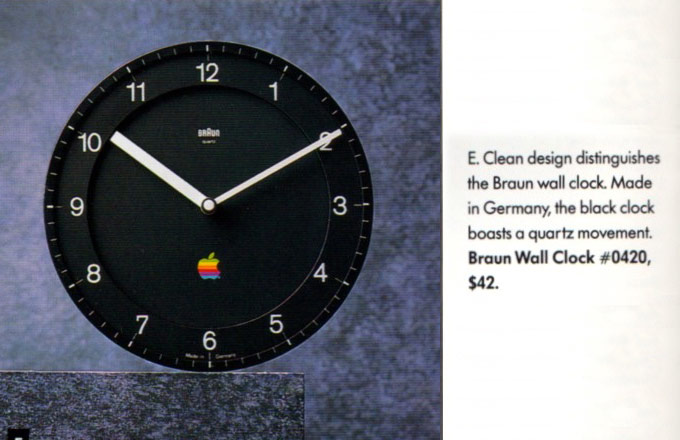 Do not leave your Mac in sleep mode

A device called PCILeech available in the online stores allows you to unlock and decrypt the files on your Mac simply by connecting to the computer via Thunderbolt interface. Vulnerability in proprietary system file encryption FileVault2, which is used in macOS, allows hackers to obtain the password and thus have access to all files on […]