If you are suffering from the fact that the message you sent to someone by post, you can see other people’s eyes, then perhaps you will need to encrypt it – and other messages. And it’s not paranoia – we truly live in a time when confidential information within a couple of seconds may cease to be such – can you remember the scandal with the correspondence of the senior management of Sony, which became available to the public. Come on, corporate Affairs, and if you post something personal?.. And you are the public in certain circles? Here-here – so stop hope for the best and arm yourself with the software, which will keep your secrets secret. 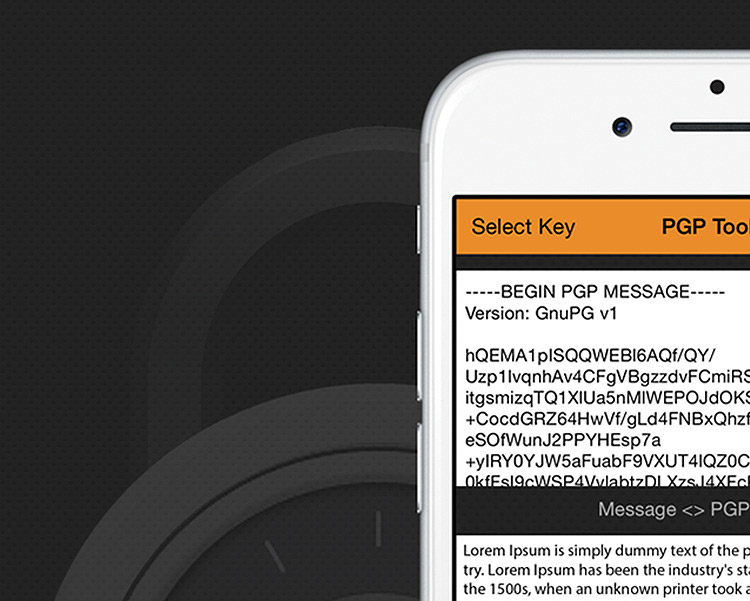 One of the most popular encryption techniques – PGP, Pretty Good Privacy. Roughly speaking, the encryption is based on keys – closed and open. The private key is the only one to have and open you share with the rest of the world (in very advanced cases, the public key has only a number of “open” functions – for example, you register the key on your third-rate mail). Encryption invented by Philip Zimmermann in 1991, of such high quality that many cryptographers are still saying to crack it very difficult.

Sendingreceiving encrypted emails happens something like this: you create your key (or use the old one), choose the length (1024, 2046, 4096), and then send the encrypted message. If it will intercept someone from a third party instead of text appears “krakozabra”. Received a letter also the recipient decrypts the PGP method – the program takes a temporary session key, and returns the original message. Some programs allow you to put a digital signature is an exact proof that the letter sent you, and not some impostor. 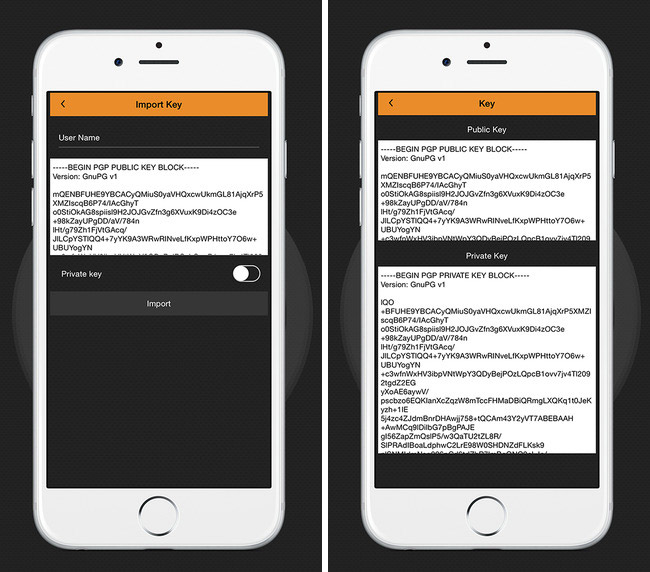 Application PGP Tools most of these functions are perfectly performed. There is a built-in field for typing (or copying it here) and many variants of the message message – in the special box you have to write your mail and the mail recipient. Then think of a password, voila – key ready.

Interestingly, if you already have a set of keys that were used previously (which is natural – potential users of PGP Tools are probably already familiar with cryptography), then you can import them directly into the program – it’s pretty rare nowadays function. Of course, the system itself encryptdecrypt messages in PGP Tools is there and works – it is a standard principle.

The authors of the application rests especially on simplicity and even some elegance to use program. This is indeed an important parameter to operate when some application requires technical skill sucks. Especially among iOS users, accustomed to the most simple user interface and easy learning curve. The use of PGP encryption, the thing itself is simple (a few right-minded programs), but in PGP Tools the whole procedure really comes down in a couple of clicks – even a child can handle. I tab help. 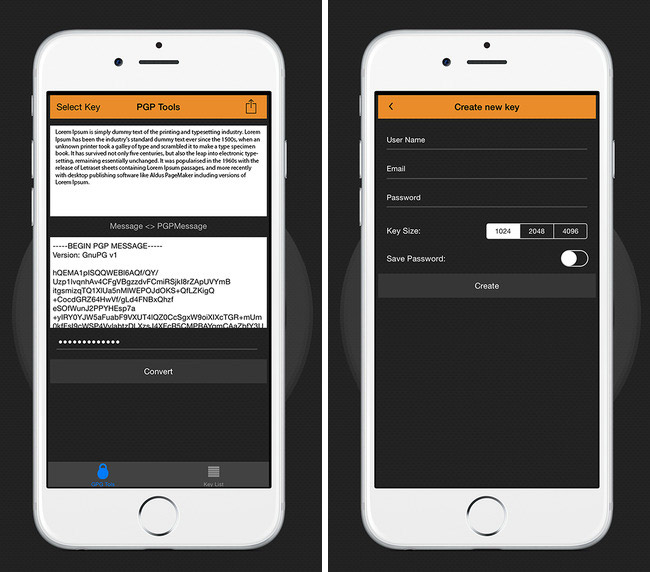 Is the application at the current exchange rate is all funny money – about 60 rubles – no internal purchases. The design is quite nice, at least for a program with such a specific list of tasks. In General, if you understand what PGP is a program just for you. If not, reread a couple of paragraphs and maybe change my opinion.

How to trace the sending przekazania iPhone X

The initial batch of orders X iPhone has shipped from China. To transport them, Apple has opted for a courier company UPS. Most buyers received Apple’s email with the status “the goods shipped”, but you can try to find the tracking number and get more information on the whereabouts of the order. This method only […]

In iOS 11 there is a new way of scaling. To change the level of detail – zoom in or zoom out – you can use convenient gestures with one finger. Apple Maps in iOS 11 got a new quick zoom. Enlargement and reduction scale of the map is carried out using single and double […]