People are not rats, but behave very much like where we are talking about stimulation of the “pleasure centers”. What paying users for the love of iPhone? Theory browser Business Online paints a frightening picture. 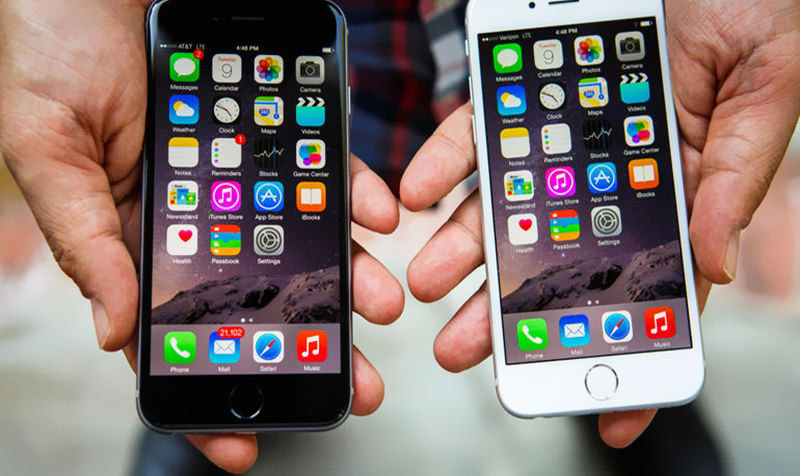 If years 10 – 15 back was conducted the poll and the question was asked: “are You willing to carry a device that will constantly track your location, listen in on all your phone conversations, to have a built-in microphone with remote access, dual cameras, an image which also can be obtained remotely, a device that cannot be disabled, because it has non-removable battery, and do not need to pay a decent amount?” — how many people would answer in the affirmative?

Now imagine that you made. Forced to buy and carry around such a module, to constantly make sure that the battery was charged, so you put it on the table during conversations in cafes, on the bedside table, even in the bathroom with a nip. Your reaction? I think it is easy to predict.

But all have been invented, people don’t change. Once upon a time told the story of the potato in Russia. Here it is:

In Russia, the potato was brought back in the early XVIII century. At that time, when Peter I was in Holland, he tried the food made from potatoes, and he loved it, after which the king sent to Russia a sack of potatoes to grow.

Potatoes grew well in the Russian land, but the spread is very hampered by the fact that the peasants were afraid of the overseas fruit. When Peter reported to the fear of the people, he had to use a trick. He planted several fields of potatoes, and ordered to stand near them stood guard with weapons.

Soldiers guarded all day potatoes, and at night went to sleep. The peasants who lived nearby, could not resist the temptation, and began to steal potatoes and secretly planted in his garden.

Maybe just a legend, but very clearly: to get people to do what he wants — hard. So you just need to make sure that he unrestrained eager to do what is required of him.

Now. When the first iPhone — acquired beloved wife. Then they officially delivered, brought from a friend of a friend of America. It was locked, of course, had to learn and jailbreak, and Russification, and applets. Well what can I say — brilliant. All this palaeoentomology interface really fascinated, scroll through the phonebook list was akin to meditation. Icons, menus — all that unusual and beautiful! Space!

Subsequently, when it appeared the game, and such emotions smartphones on the Android did not cause, it became known here that: in the mobile operating system Apple all the processes associated with the handling of taps and rendering the UI, as the highest priority. In other words, upon detection of pressing of the OS “throws” other tasks and throws all the resources of the gadget on the screen. And after that returns to the interrupted business. In same Android interface has an equal priority tasks.

READ  Without fanaticism: 5 smartphones that you can buy instead of iPhone SE

You understand, what is it? The whole idea when creating the iPhone was intended to make the interface “magic”! Adult children happily jumped at the opportunity to poke a finger in the screen again and again to get pleasure from this, coolly made for a purpose, and toys.

The station was opened in 1954, James Olds and Peter Milner who were interested in the question of whether the rats become uncomfortable during electrical stimulation of certain areas of the brain, in particular, by stimulating the limbic system. The experiment was structured as follows: the electric current was switched on, when the rats went into a certain corner of the cage. According to the theory, they would have to eschew angle, if the effect was discomfort. Instead, they very quickly came back after the first stimulation, and even faster after the second. In later experiments, the researchers allowed the rats to press the lever stimulation independently, with the result that they began to stimulate herself up to seven hundred times an hour. This area of the brain became known as the “pleasure center”.

Rats in Skinner boxes with implanted in adjoining the core metal electrodes began again to press the lever, which activated this zone, subsequently forgetting about eating and drinking, and, eventually, died from exhaustion.

People are not rats, but behave very much like where we are talking about stimulation of the “pleasure centers”. Why pay afanasevskii people? Let’s see.

Let’s start with the well-known fact: any iPhone is a universal listening device. Since it was created by order and under the control of U.S. intelligence (my logical deduction, can not prove), the access to any device as easy as possible. Each unit has a number linked to: your name, the computer (more on this later), and now to fingerprints. All that is in the phone’s memory — photos, videos, recordings, music, SMS, correspondence, e-mail message is copied to the Apple servers. So, just in case. 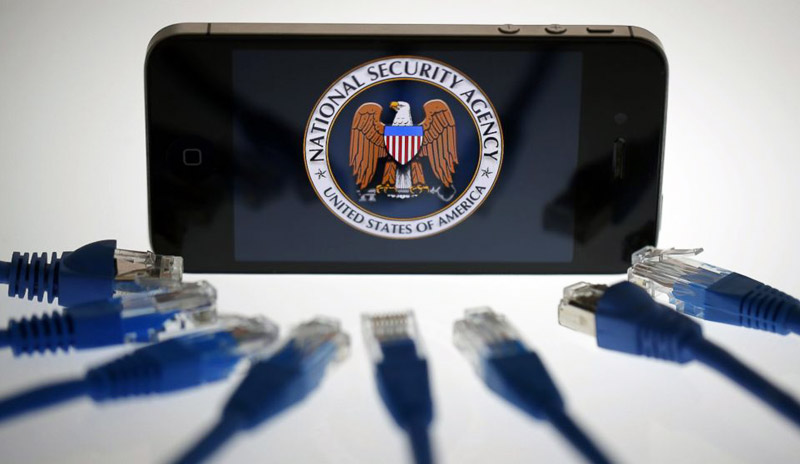 Now what you don’t know everything. When You connect your iPhone to the computer, besides the fact that You have to install iTunes to use a bunch of computer phone, to your computer (if you do not uncheck) will set a Bonjour service. Very interesting service, I must say. First, it is not so easy to remove. You have to write the whole statement, as it can be done. Secondly, I myself have several times faced with the fact, as after deleting it on the computer stopped working all network connections! And thirdly: when I first ran into him (it was a while ago), I went online to see what kind of beast. Now, you’ve stumbled on information that this service let entire (ENTIRE!) traffic on Apple servers! Pause. Think. Realize what this means? Further — more. Today, when I wanted to give a link to this info and climbed as always in Google I could not find anything similar! Why rubbed? Or maybe just a bad looking? Maybe, of course, but usually everything is very fast. So for the accuracy of this information does not guarantee that there just believe in the word, or by search. Indirectly can verify that a ban on iPhones in the army.

“the iPhone we do not allow. Can take any phone except iPhone. Apple is a purely American company”, — said the interlocutor of the newspaper hotline.

They explained that these measures are associated with caution and security measures: “using your iPhone keep track of all: while the soldier is talking, the camera operates and transmits the information about where he is and what he’s doing.”

It’s about Bonjour does not say, but imagine that soldiers have connected your iPhone to any staff computer, installed the exploring and — voila! All information on this computer, once it becomes available to U.S. intelligence agencies. Scouts don’t need to go out of the office — all computers of the world, which once connected the iPhone at their disposal (I think, and without aytyunsa some backdoor is installed when you connect). Was prohibited in Russia and in other countries what? It is possible to imagine. Of course, in the army protected computers securely (I hope!), but the most difficult protection is protection against the fool (with an iPhone).

Even if You are not the owner of this Shaitan-box, still in Your surroundings, likely to be a fan of odusanya apples and You will listen through it. Everything will happen automatically — activated recording on certain words. But if he will ask you to connect your iPhone to Your computer (e.g. for charging), all of the above information privacy will be pertaining to You.

It should be noted that in the Apple, the NSA and the CIA, you know all the passwords of all Wi-Fi networks to which ever connect any Apple device. Even hack nothing. It is fair to say that such information has and Google, only to have against the owners of Android devices.

Of course, the Android device you can also listen remotely. Only it’s harder to do, and not in automatic mode, and address. Although work in this direction are underway (Yandex Navigator now listens to the ether waiting for the command “Yandex”, for example, and it means that someone else listens to the ether along with it).

Do not bother to spy

Advanced users use so-called “custom” firmware on their devices. (They, by the way, there are for Apple devices, but not so common). This firmware, revised enthusiasts, with removal of all the excess. So:

The U.S. Commission on communications (Federal Communications Commission — FCC) published a draft law that may prohibit the installation of alternative firmware for devices equipped with Wi-Fi module. The FCC has proposed to place the responsibility for the restriction of the ability to change the OS and the firmware to device manufacturers, who will need to make it any technical methods.

Android device also, of course, is not harmless. When you first turn on You are invited to create a Google account (you can not have to do that, but then to install any program will have to spend extra effort). Once the Google account is created — start gathering information. All movements are recorded (can be disabled, but not the fact that the process is terminated — perhaps on the contrary, begins more intensive information gathering, for if You have nothing to hide, why disable tracking?) Anything You type in the search box, all pages viewed, all the goods ordered from the Internet — everything is fixed. You are requested to store in the Google cloud contact list, photos, other information (citing concern for You: what if the phone is stolen or lost — the information will remain, yeah!) Well, You know, who copied, Yes?

Why is it necessary?

All of this is available from time to time. Based on all this information, you can build a very accurate psychological portrait. All leads, contacts, personality, personal preferences, everything! The person turns out to be at a glance. You can influence politicians. You can find the right people. A lot of things. Dirt (which is simply attached to the security services, as a bonus from user spinaperro) — yesterday’s news.

Waze for iOS gets a new design for easier navigation [video]

Murtazin: the Samsung Gear S2 in Russia have left 40,000 pre-orders in 2 days – more than the Apple Watch

Resource Getbatterybox gathered statistics most popular brands of smartphones in every country since 2010. On the animated picture you can see how Apple and Samsung have gradually changed the balance of forces on a world map. In 2010, the world was dominated by Nokia device. The Finnish brand was the most popular in Eastern Europe, […]